The rally that students organized in Towson was about issues adults have been wrangling over – in particular, a redistricting plan for the Baltimore County Council that has been denounced by the NAACP and other local groups.

Echoing that sentiment, the speakers yesterday said that while they may be too young to vote, they can already see what the lack of Black and minority representation in Baltimore County means for their future.

“We are people, and we don’t know why we aren’t treated equally,” said Stephanie Avella, a student at George Washington Carver Center for Arts and Technology. “We all want to do amazing things in life, but there are people in society that want to limit our chances.”

Roah Hassan, a 16-year-old at Perry Hall High School who co-organized the rally, said it was meant to highlight a number of long simmering issues, including education policy, racism and the Black Lives Matter movement.

These concerns, she said, are the backdrop for the redistricting plan scheduled for a Council vote tomorrow (Monday) afternoon.

Although the plan makes some changes that its proponents say increase minority representation, it keeps just one majority-Black district out of seven in a county that is about 30% Black and 45% nonwhite.

Hassan said that kind of political inequity must end, and students want a voice in that change.

UPDATE: The Baltimore County Council approved its redistricting map today. It has a few amendments, but keeps the single majority-Black district. The ACLU of Maryland responded to the Council on Twitter, saying “We’ll see you in court. The Voting Rights Act isn’t optional.” In a press release, the Randallstown NAACP said it has asked the U.S. Department of Justice to review the matter as a possible instance of illegal “vote dilution.”

The ACLU, NAACP and a citizens group called the Baltimore County Coalition for Fair Maps have pressed the Council to add a second majority-Black district.

But a majority of Council members – including the only Black member, Julian E. Jones Jr., who doubles as the board’s chairman – say it cannot be done.

Jones represents the 4th District on the county’s west side, the only Black majority, that includes Milford Mill, Randallstown and parts of Owings Mills.

The proposed new boundaries “would unlawfully dilute Black people’s votes in violation of the landmark Civil Rights Act,” the ACLU of Maryland has warned. 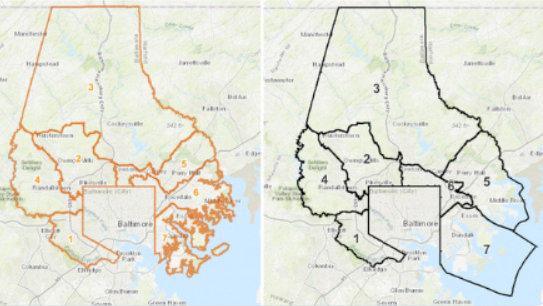 Jones has maintained that taking Black voters out of his district would decrease the chances of another Black candidate being elected there.

Critics disagree and say he is just an incumbent trying to protect his turf.

Community groups, civil rights groups and the NAACP have threatened to sue. 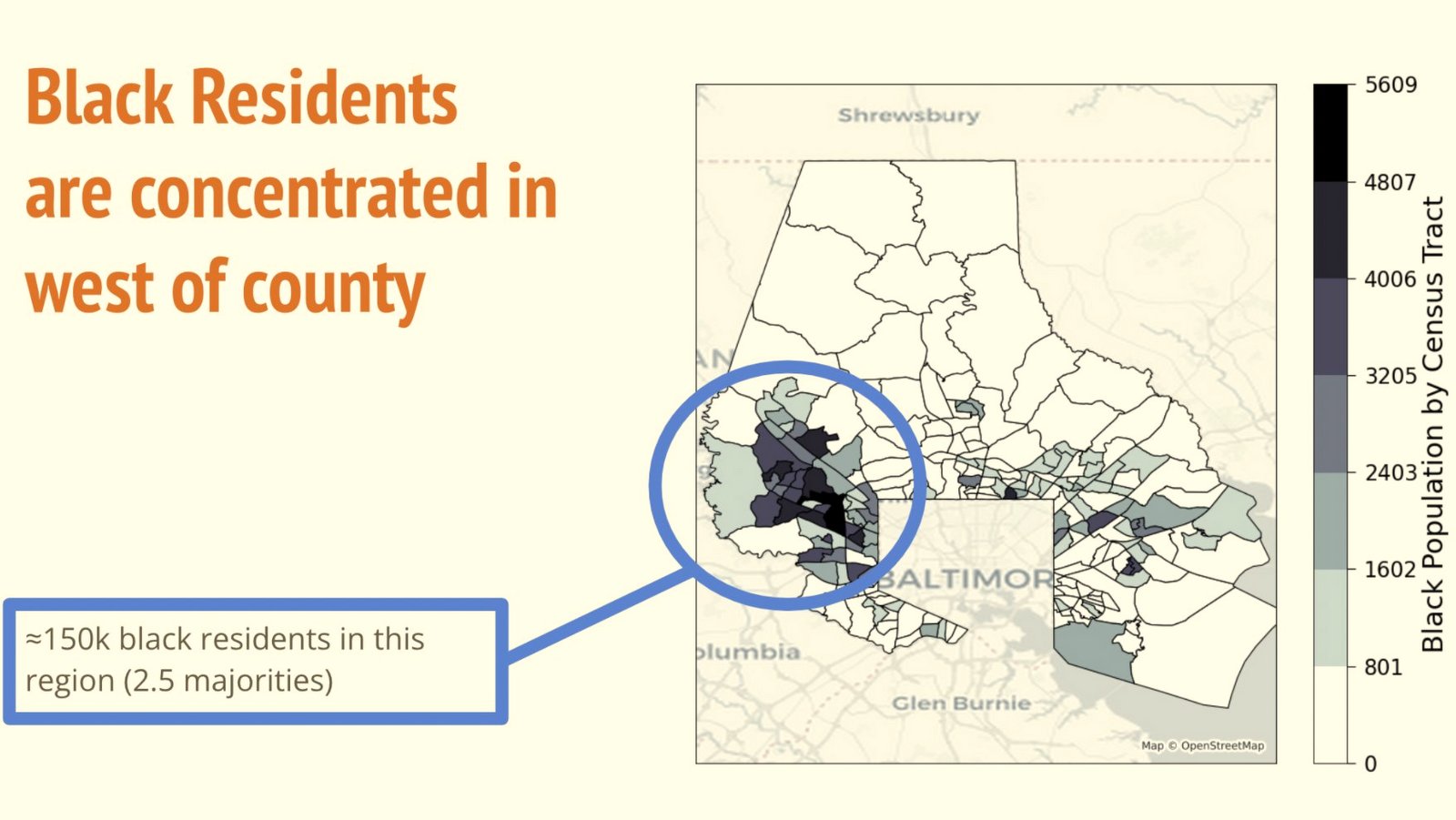 While many adults were in attendance on Saturday, including Ruben Amaya, who is running for State delegate in the 10th District, and Robbie Leonard, who is running for Baltimore County State’s Attorney, Hassan and the other students did most of the talking.

But the gathering, held at Patriot Plaza on Bosley Avenue, evolved into an occasion where students talked about racial issues and the lack of representation in classwork and curriculum.

Several described being subjected to racial or ethnic slurs in Baltimore County schools.

“People would make fun of how I looked and how I talked,” one student said at the mic.

“It threatened my sense of identity,” Hassan said, as she relived her first racist encounter as a Muslim-American and the daughter of immigrants.

Educational policy and curriculum should mirror the diversity in the country and the county today, Hassan and fellow students said.

“Our education should be representative of our amazingly diverse population,” she said. “So, for me, I’m passionate about fighting to achieve that.”