Under fire for its backroom reversal of one liquor license revocation, the Liquor Board yesterday restored another bar’s dead license, that of violence-plagued Voltage in southeast Baltimore.

With cameras rolling and a Community Law Center lawyer watching, the panel did its reversing in public.

Lest anyone think this show of transparency was an acknowledgment of any prior regulatory error, Chairman Stephan A. Fogleman set the record straight, speaking as presiding member of the body at his final Liquor Board hearing session.

By restoring the Voltage license in public, he said, the board was doing citizens a favor.

“There is no law requiring us to make a decision to reconsider a violation sentence at a public hearing,” Fogleman said in comments captured by a Fox 45 cameraman.

“But as a courtesy to the public, the board will for the first time today, indeed, reconsider its decision.”

Fogleman was wrong when he said no public reconsideration had ever happened before. There’s a January 15, 2013 Liquor Board YouTube video showing the commissioners restoring a license for Chuck’s New Johnson’s Lounge at 546 Pulaski Street. The board had revoked the license the year before.

Nevertheless, here with Voltage was the resolution of a high-profile case being made known to the public before it was granted. Also notable: there was a vote – Commissioner Elizabeth C. Smith was not present but Fogleman and Commissioner Harvey E. Jones voted “yes.”

The case hadn’t been on the weekly docket published online. A Thursday morning tweet from Fogleman was the only notice the general public got before the matter was raised and was quickly approved with little discussion.

Voltage will close (it actually already had) as a result of the agreement worked out with the lawyers for the licensee, Louis J. Principio III (Whiskey Jack’s LLC.)

Principio’s family owned Hammerjack’s, the city’s legendary hair-and-metal club from the 1980s. Voltage, his massive bar located at the Baltimore Travel Plaza on O’Donnell Street, lost its license last month. In imposing that rare harsh sanction, the commissioners had cited unruly crowds, fighting and a shooting on the dance floor.

At yesterday’s hearing, one community leader described the establishment as a widely-disliked nuisance.

“When I went around asking people if they wanted to sign a petition about closing Voltage, I got 29 signatures in less than two hours,” said Joyce Adamski, president of the Southeast District Police Community Relations Council. “People were getting ahold of me to find out where they could sign.”

During the hearing, two of the licensee’s lawyers were on hand to review the conditions for their decision and other aspects of the agreement that had been arranged.

The Circuit Court, they said, would dismiss Voltage’s appeal. (It had been filed right after the revocation and raised eyebrows when a judge had granted Voltage a 30-day reprieve, allowing it to re-open for business less than 48 hours after the revocation.)

New Owner to be Truly New?

Rather than lose his license, Principio was to pay a fine of $3,000 as part of the agreement. He will have the opportunity to sell his license and it must be moved from the O’Donnell Street location.

When the subject of a new owner came up, Commissioner Jones asked if, in the resale of license, Mr. Principio would “be a part of that corporate entity?” 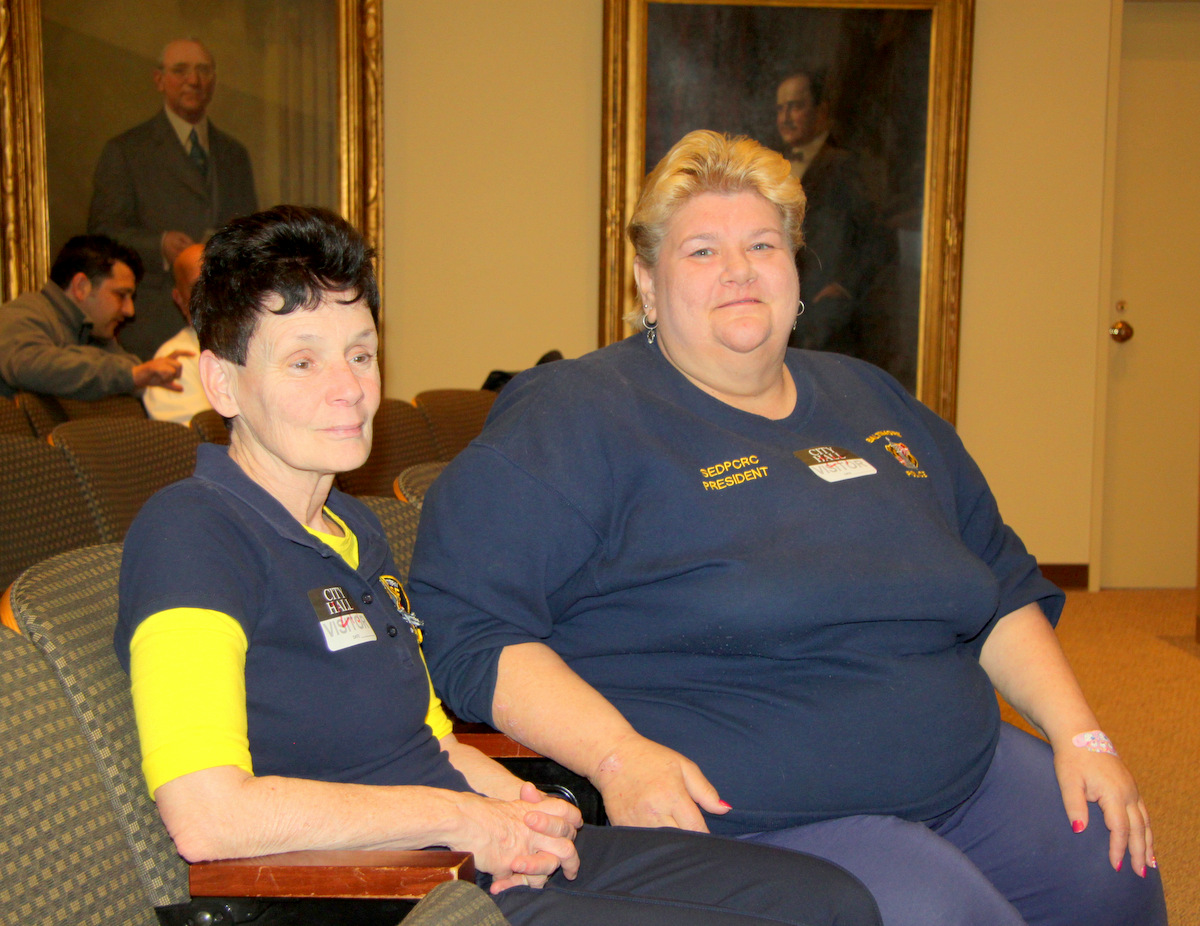 But his lawyer, Melvin Kodenski, couldn’t make that promise, according to attorney Rebecca Lundberg Witt, who blogs about the Liquor Board for the Community Law Center.

Principio was not present at the hearing.

Commissioner Jones said that would be another stipulation he would like to see, but Kodenski rebuffed him. The longtime liquor attorney observed that any transfer would be subject to a public hearing.

The implication being, Witt said in an email to The Brew, that “it is the board’s job or the public’s job” to check up on whether Principio had any affiliation with the new owner when the transfer application is filed.

Jones did not pursue the idea of imposing that condition, Witt said.