Inspectors may not like the night-time schedules imposed on them by the new leadership at the agency, but Liquor Board chairman Thomas Ward has said they’d better live with it if they want to keep their jobs.

“Failure to carry out these instructions will result in discharge, facts warranting,” Ward wrote in a memo he released yesterday.

He was responding to a letter, posted anonymously on the Internet, from the agency’s eight inspectors that complained about having to work nights and weekends and about having to go into dangerous neighborhoods.

That the inspectors weren’t already working those hours – peak times at bars and restaurants – was a striking discovery for Ward, who took over the agency’s chairmanship in June.

“What I found was an ineffective operation – particularly in the management of the liquor inspectors,” Ward wrote. “Virtually no inspections of licensees at night and on weekends at night was occurring. Vice squad police were bringing in the only violations.”

Ward said he instructed that “new staffing” be put in place to ensure that inspections are conducted “when and where the problems exist – night, weekend.”

Well known for his blunt pronouncements on public matters, the former city councilman and circuit court judge included in his memo this rebuke to the complaining inspectors:

“The purpose of employing inspectors at city taxpayer expense is not to provide cushy jobs, but to enforce the law.”

If the inspectors thought that airing their complaints to the public would generate sympathy, it doesn’t appear to have worked so far. Online reaction has been largely negative.

“The gravy train is over and these self entitled sponges are upset about it,” wrote a commenter on Reddit.

The inspectors weren’t answering phone calls Friday, though one of them who asked to remain anonymous elaborated to The Brew on the letter, saying that responding to 311 calls has been hampering inspectors’ ability to complete routine inspections.

He said that “bogus” complaints by community members, who were vindictive to some bar owners, were adding to their workload.

“Liquor Board inspectors do tough work & don’t think all of it should be at night,” Fogleman (aka @BaltoBeerBaron) tweeted. “They already work lots of nights.”

Community Law Center attorney Rebecca Lundberg Witt took issue with one of Fogleman’s quoted comments – namely, that the inspectors are “working with less inspectors than ever before, and they’re doing several times the work each inspector once did.”

That comment, she said, needs to be put in perspective with what a scathing a 2013 legislative audit found about the agency’s poor record keeping and its inspectors’ low productivity. (The audit, she noted, examined  documents covering the years between 2010 and 2012, a period during which Fogleman was chairman.)

Here are some of the relevant findings from the audit, emphasis ours:

• While the agency required each inspector to complete four routine inspections daily, “we found that none of the full-time inspectors met this daily requirement for the entire 12-month period we evaluated.”

• “Given BLLC’s requirement that each inspector complete four inspections per day and BLLC’s estimate (in the City’s budget book) to complete 4,900 routine inspections for fiscal year 2011, we determined that BLLC could accomplish this number of inspections using as few as six full-time inspectors. At the time of our audit, BLLC employed 14 full-time and 5 part-time inspectors.”

• “Our review of licensee files and inspection documents for a 12-month period ending August 31, 2011 disclosed that the number of inspections conducted of each licensee varied significantly. For example, 96 licensees were inspected eight or more times whereas 202 licensees received no inspections during this year.”

• “More than three months after we started compiling license and inspection data for the year ending August 31, 2011, we were advised by several inspectors that they had unfiled Inspector’s Reports in their possession. These inspectors provided us with an additional 449 Inspector’s Reports, dating back to November 2007, that had never been filed.” 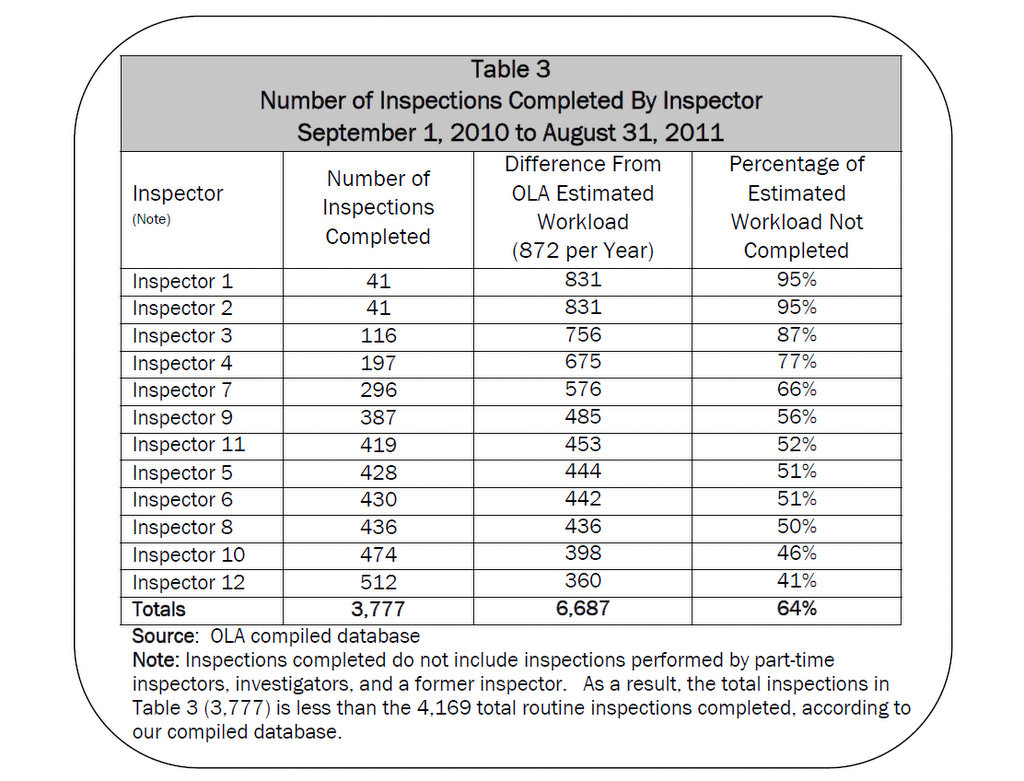 Table 3 from l2013 legislative audit of Board of Liquor License Commissioners, Baltimore city.

Report’s Discussion of Table 3 (above)

“BLLC did not assess its workload requirements and related staffing needs. As a result, the number of full-time inspectors appeared excessive based on BLLC’s workload. Using our compiled database, we determined that BLLC inspectors conducted 4,169 routine inspections for the year ending August 2011.

“However, we estimated that, given current staffing and inspection requirements, full-time inspectors should complete more than 10,400 inspections annually. If applied uniformly, this would result in each licensed entity receiving 7 inspections during the year and each inspector performing 872 routine inspections.

“However, our review disclosed that no inspector achieved this number of inspections as shown in Table 3.”