The owner of the popular Sip & Bite eatery in Canton has pleaded guilty to conspiracy to possess cocaine with intent to distribute and awaits sentencing in the U.S. District Court for Eastern Virginia.

Anthony “Tony” Vasiliades and an accomplice, Minas Politis, were arrested in January in a parking lot in Alexandria, Va., after they handed over $50,000 in cash to a government informer, who gave them two kilograms of cocaine, according to a criminal statement of facts.

In his March 11 guilty plea, Vasiliades does not dispute the facts of the sting operation conducted by the Drug Enforcement Agency (DEA) and the Arlington Police Department. He remains free without bail.

He said in documents on file as part of the case that his actions were “done willfully and knowingly with the specific intent to violate the law, and were not committed by mistake, accident or other innocent reason.”

Politis, of Baltimore County, has also entered a guilty plea to the cocaine conspiracy charge.

The maximum sentence for each man is 20 years in jail, a fine of $1 million and forfeiture of any drug-related assets.

However, the plea agreement with U.S. Attorney Dana J. Boente states that the government plans to ask for a reduced sentence based on the defendants’ cooperation.

A fixture on the corner of Boston and Aliceanna streets since 1948 and run by the Vasiliades family since the 1960s, the Sip & Bite’s bountiful Greek-American meals have been featured on TV food shows as well as provided late-night fare for many hungry celebrities visiting the city.

Last Thursday, Vasiliades appeared before the Baltimore Liquor Board seeking to transfer the restaurant’s liquor license from his name to that of his father, George Vasiliades. 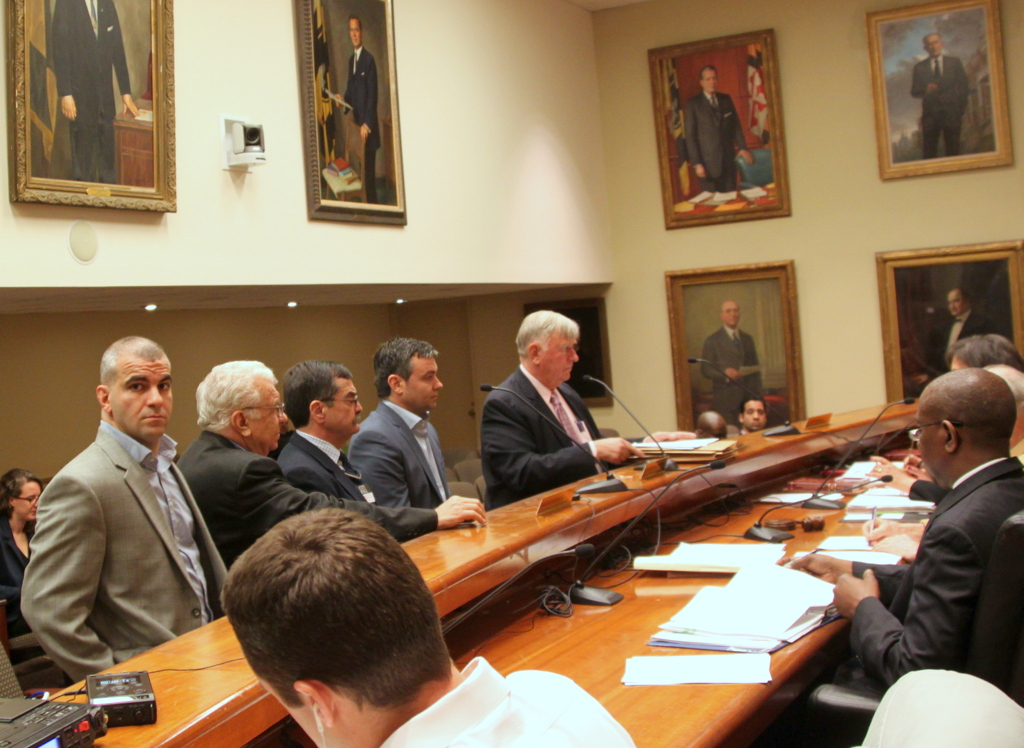 “It amounts to an inter-family transfer,” said their attorney, Melvin J. Kodenski, explaining that the license had earlier been in the elder Vasiliades’ name and that the request was, essentially, to return it to him.

Commissioner Dana Petersen Moore asked Kodenski to clarify that the license had been solely in the name of Tony Vasiliades and the proposal now was to transfer it solely to George Vasiliades.

Tony Vasiliades nodded his head in assent. Kodenski appeared to agree as well.

“So Anthony’s coming off completely, and George is coming on,” Moore said. The commissioners voted unanimously to grant the transfer.

There was no mention of the federal cocaine case.

After the paperwork was completed, Vasiliades shook the hand of Deputy Liquor Board Secretary Thomas R. Akras, who was seated in the audience, and left the chamber.