After more than 20 years in the strip bar business, Fantasies Nightclub and Sportsbar in Curtis Bay had no record of violations with the city liquor board.

But yesterday, found guilty by the board of three violations involving dancers performing sex acts, the South Baltimore establishment received a 38-day suspension and $1,000 fine.

The penalty came despite testimony from bar manager Cal Brockdorff, who defended Fantasies as a well-run community asset.

“We have a reputation for being strict,” Brockdorff said.

Other testimony included explicit references to specific orifices and body parts, the detectives’ throwing of crumpled dollar bills at the dancers and a (photographic) demonstration of the art of simulated vs. actual touching. 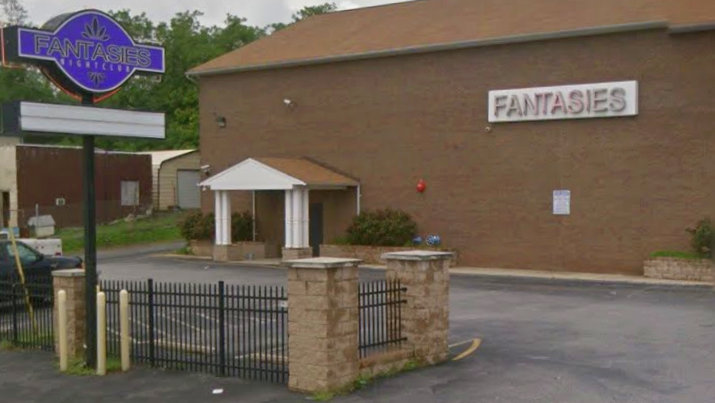 Yet what really got a rise out of liquor board watchers was what happened after the penalty had been pronounced and the bar manager had pleaded for a shorter suspension because of the loss of income for the strip club’s staff.

Liquor Board Chairman Thomas Ward said the commissioners would consider his request – and implied they would do so in private after the public hearing was over.

“Write down what you want, and I’ll take it to my committee,” he said. “You’ll get a prompt response.”

Rebecca Lundberg Witt, a lawyer with the Community Law Center who runs the Booze News blog, said Ward’s promise to Brockdorff was troubling. Witt expressed skepticism that the bar manager’s suggestion – that the club pay a bigger fine and suffer a shorter suspension – was about mercy for the employees.

“He’s asking because obviously the business will lose a lot more money over a month of suspension than the maximum fine, which is $3,000 per violation,” Witt said, speaking to The Brew after the hearing.

“I don’t know why the board would even entertain a request,” she said, “much less tell the licensee to submit it. If they’re going to amend any penalties, it should be in public, on the record, at a future hearing.”

But Brockdorff’s plea seemed to touch the commissioners. He told them that while his dancer staff could get work at other clubs, his cooks, bartenders and security would be out of a job for a month and a half.

“They had nothing to do with this,” he said, asking for a high fine and short suspension.

Also speaking for the establishment was its attorney, Phillip Chong. (One of the licensees, liquor lawyer Frank Shaulis, was present but did not speak.) Chong read a letter from a residents’ group praising Fantasies.

“It is good to have a stable establishment within a neighborhood that provides and maintains an impeccable commitment to a clean appearance,” Andy Dize, president of the Community of Curtis Bay Association, had written.

Police, meanwhile, gave testimony that activities inside the establishment on three separate occasions did not follow the limits set out in state law.

Detective Abraham Gatto, with the vice division, testified that on January 28, February 2, and February 12, he saw Catlin Moorhead and Katelyn Price inappropriately touching while on stage. 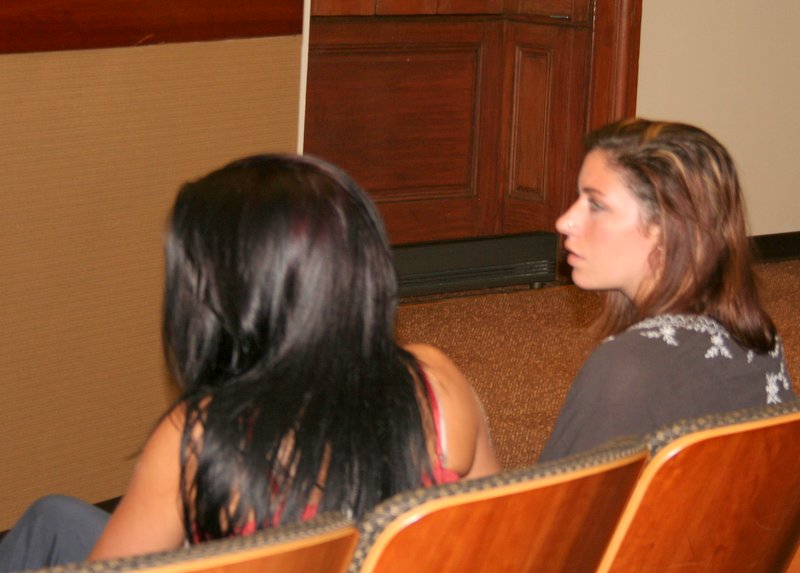 Both Price and Moorhead (who is no longer working for Fantasies) testified.

“We are entertainers,” she said. “We simulate things men would enjoy.”

Fantasies disputed that officers saw what they thought they saw.

Chong presented a photographic re-creation of (clothed) women simulating sexual contact to show that, what might look like sexual contact from a distance was, in reality, two women a half inch or more apart.

Chong then presented a diagram of Fantasies showing the distance from various vantage points in the club.

When asked how far away he was, Detective Gatto said, “close enough to throw balled up dollar bills on stage.”

Brockdorff even testified at one point that the club is known for its dim lighting and said 20% of customer complaints on Yelp are about how hard it is for customers to see the stage.

Yet in the end, to the commissioners, the facts did not seem to be in dispute. “All three charges are proven,” Ward said.

Seemingly inclined toward leniency, Ward said as far as strip clubs go, “this is not the worst place.” Then he proposed a 45-day closure and $1,000 fine.

Commissioner Harvey Jones agreed with the fine, but suggested reducing it by a week, citing Brockdorff’s arguments that the Baltimore riots and curfew had hurt the business.