Since I volunteered on a whim to take over the Community Law Center’s “Booze News” blog from a colleague in August 2013, I have spent Thursdays in Room 215 of City Hall, taking notes on the hearings of the Liquor Board and organizing those notes and my analysis into weekly posts.

The hearings are sometimes hilarious, sometimes horrifying, but usually quite tedious.

I’ll be honest: if I could trust the Board of Liquor License Commissioners for Baltimore City to do the minimum required by law, I wouldn’t spend nearly every Thursday afternoon at City Hall.

But the Liquor Board likely has never in the agency’s long history met its minimum responsibilities set out in Article 2B of the Maryland Code.

Witnesses have described inspectors soliciting bribes, the former head of the agency has publicly boasted about working part-time for a full-time paycheck and each page of the 2013 Legislative Audit contains a new low.

For seemingly the first time in the BLLC’s history, liquor inspectors worked regular evening hours and the agency began to enforce long-ignored laws. 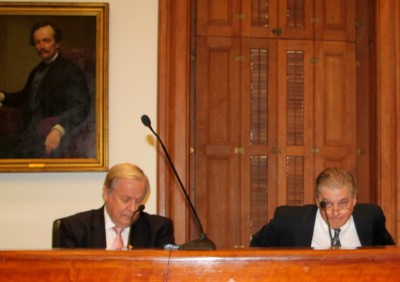 The newly appointed chairman, however, seems determined that the agency revert to the pre-reform era, judging by his recently quoted remarks.

And lawyers for licensees are looking forward to the new regime.

Stephan W. Fogleman, who was chairman of the board before Judge Ward and now represents licensees in agency proceedings, told The Sun recently that he hopes that the new board will rule “down the middle” between licensees and communities.

But Article 2B states very clearly that the agency’s mission is “to obtain respect and obedience to the law” and to “prevent deceptive, destructive, and unethical business practices, and to promote the general welfare of its citizens.”

The Liquor Board is, essentially, a public health agency.

We don’t expect the Baltimore Health Commissioner to rule “down the middle” about whether daycare providers can give lead paint chips to infants as chew toys or about the percentage of rat feces in a sidewalk vendor’s hot dogs.

The entire regulatory scheme of the article is “for the protection, health, welfare and safety of the people” of the state of Maryland, and that must be the agency’s sole mission.

As new chairman and new commissioner, Benjamin A. Neil and Douglas H. Trotter begin their tenure on the three-person board, it seems an appropriate time to offer some guidance and raise some red flags.

Several of the new chairman’s observations to news outlets are not only inaccurate but also suggest a fundamental misunderstanding of the agency’s vital public health function. Here are two particularly egregious examples.

Speaking with the Baltimore Business Journal, Neil said “If you revoke the license. . . you’ve taken away a property right.”

This statement is absolutely false. The law specifically says, “Licenses shall not be regarded as property or as conferring any property rights.”

To be sure, licenses have economic value between private individuals because they are privileges that may be transferred in exchange for money. However, as against the state, according to a Maryland Court of Appeals case called Dodds v. Shamer and Article 2B § 10-501(a), a liquor license is not property.

As Chairman Ward liked to remind his listeners every Thursday during his one-year tenure, a liquor license is a privilege, not a right, and is “subject to suspension, restriction or revocation by the Board.”

In the same BBJ article, Neil made another concerning remark, observing that “the Board of Liquor Commissioners is not really a rule-making authority. We follow the rules given to us.”

To the contrary, the BLLC is a rule-making agency! And it is extremely important that the board update and continually refine its rules and regulations in order to properly carry out its mission. 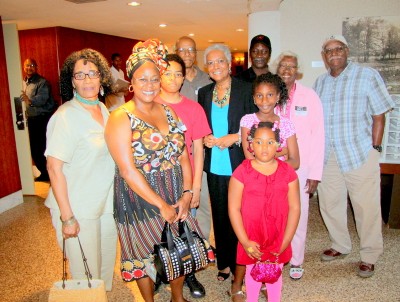 State law bestows upon the BLLC the authority to adopt rules and regulations that will help the agency to carry out its required functions.

In fact, the law specifically requires the liquor board to review its rules and regulations before October 31 of this year and every five years afterwards to ensure that the rules are consistent with the board’s current practice and with the law.

The rules and regulations for Baltimore City’s liquor board have not been updated since April 1998 and are disgracefully out of date and incomplete.

Poorly managed restaurants, bars, and liquor stores can have an extremely negative effect on communities. Neighbors often testify at hearings about public intoxication, public urination, excessive trash, noise (both from patrons stumbling through neighborhoods and from music or other noise emanating from the building), physical assaults and fights, verbal arguments, drug dealing both inside and outside of establishments, illegal gambling, harassment of passers-by, and even homicides.

In one particularly memorable hearing during the Fogleman administration, police officers testified that the owner of Bill’s Cafe in Southeast Baltimore had, through his own cluelessness, repeatedly hired drug dealers as DJs and bartenders in his business. 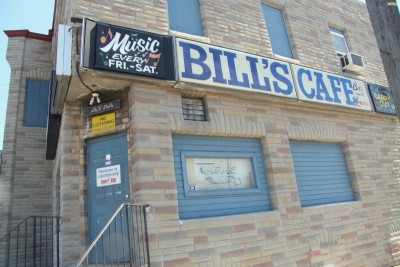 These employees were conducting a brisk drug trade from inside the building, even stashing drugs and money behind the bar. The police officers described how they had arrested dozens of customers leaving Bill’s Cafe with drugs on their person. The hapless owner, Nicolaos Trintis, explained that he couldn’t be expected to know about what his employees were doing when they were facing away from him.

The board, with Chairman Fogleman dissenting, voted to revoke Trintis’s license. Two weeks later, the board reversed their public revocation decision in a private reconsideration. When Mr. Trintis appeared in Room 215 months later, to transfer his un-revoked license to a new owner, the board’s apparently longstanding practice of illegal private reconsiderations of public decisions came to light for the first time in “Booze News.”

Certainly, #notallliquorstores are irresponsible. Many restaurant, store and bar owners have positive relationships with their customers and neighbors. But these relationships take time and effort to build, and too many Baltimore city licensees have become complacent due to the absence of meaningful regulation by the BLLC.

Baltimore City residents deserve and desperately need much better protection from the Liquor Board. Other counties in Maryland and similar agencies around the country seem to have figured out how to operate their agencies in a way that serves the public, with regularly updated rules, online documents, orderly hearings, and information distributed in a timely way.

In order for the agency to be able to accomplish its statutorily required minimum goals, each commissioner and staff member must keep constantly in mind the BLLC’s sole mission set out at the very beginning of Article 2B – to protect the health, safety and welfare of the citizens of the state.
_________________________________
Rebecca Lundberg Witt is a staff attorney at the Community Law Center and the author of “Booze News”.