With the three embattled Baltimore Liquor Board commissioners up for a hearing and confirmation vote in Annapolis this afternoon, both sides are lobbying hard and preparing virtual legal briefs.

The stakes are high, with critics saying the agency is ignoring the law, favoring liquor interests and endangering communities’ health and safety and defenders saying the new board is doing its best to reform a long-troubled agency.

It’s also another clash between Gov. Larry Hogan and city lawmakers who have bristled at Hogan’s decisions on education funding, the Red Line and more.

The Community Law Center has been pushing against confirmation for the three Hogan-appointed commissioners, saying they have acted outside the law.

Liquor Board Chairman Benjamin A. Neil has prepared a six-page defense that responds point-by-point in great detail. (“The Board admits that the floor plan submitted by the applicant in the Pole Play transfer case was rather crude,” he writes, but he argues that it didn’t matter because “the applicant testified that she had no intent to change the existing floor plan.”)

Responding to Neil, the Law Center’s Rebecca Lundberg Witt has seven pages of equally detailed reply. (“The Langerman’s on Light. . . application was not complete because it contained incorrect information which the Board knew was incorrect.”)

All three letters are included below.

The Senate confirmation hearing and vote for Neil, and commissioners Douglas H. Trotter and Elizabeth E. Hafey, is scheduled at 5 p.m. today in the Senate Office Building. 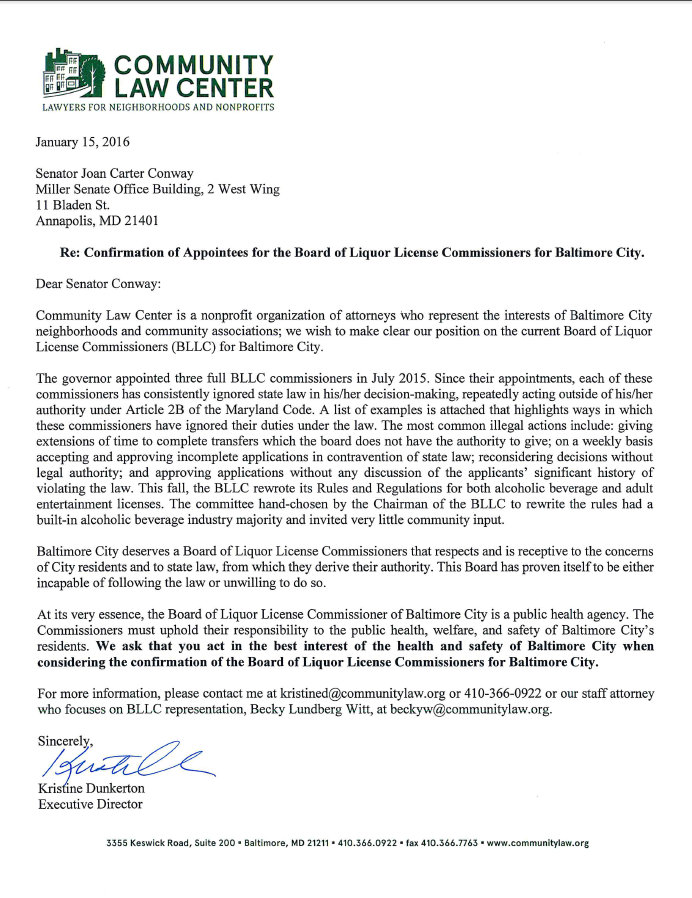 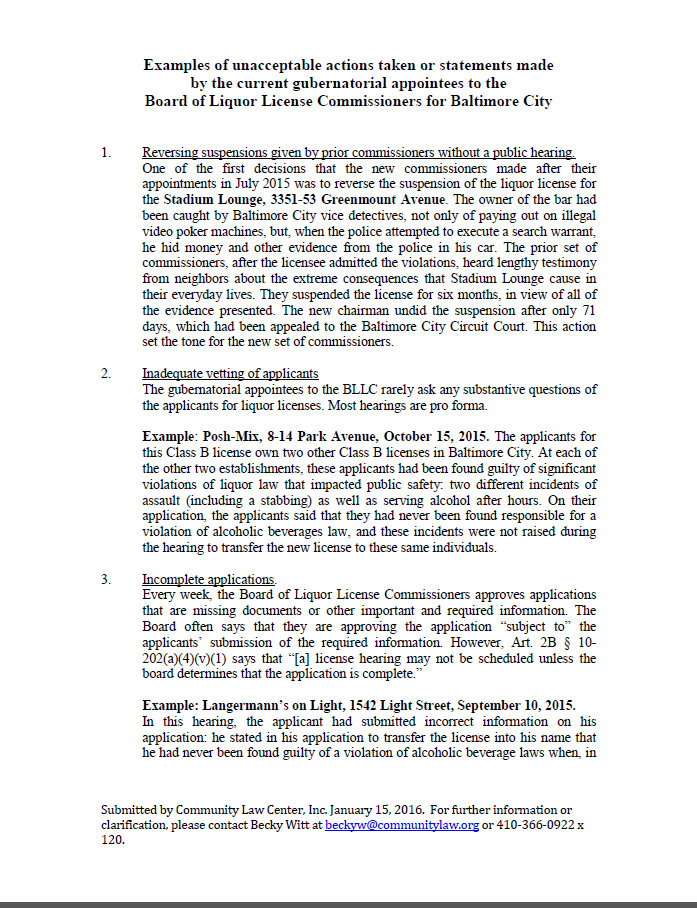 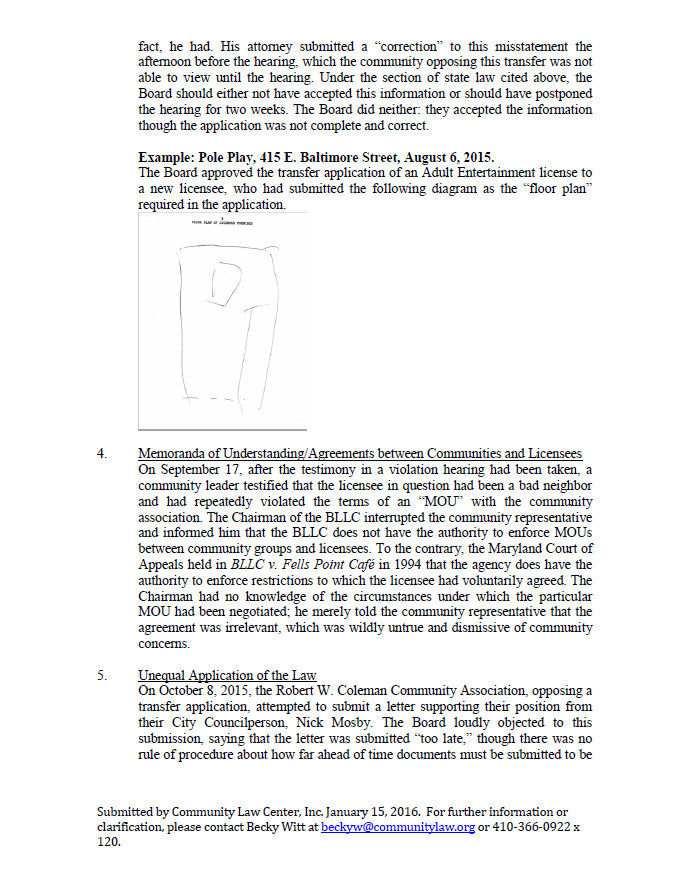 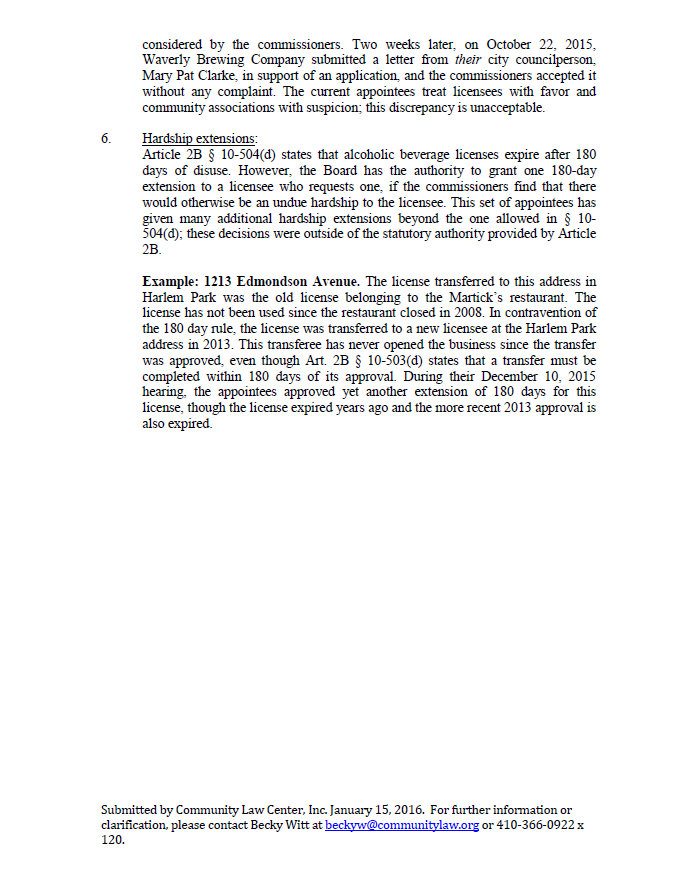 Here is the 1/16/16 response to the Community Law Center by Chairman Ben Neil, sent to Sen. Jamie B. Raskin, chairman of the Executive Nominations Committee. 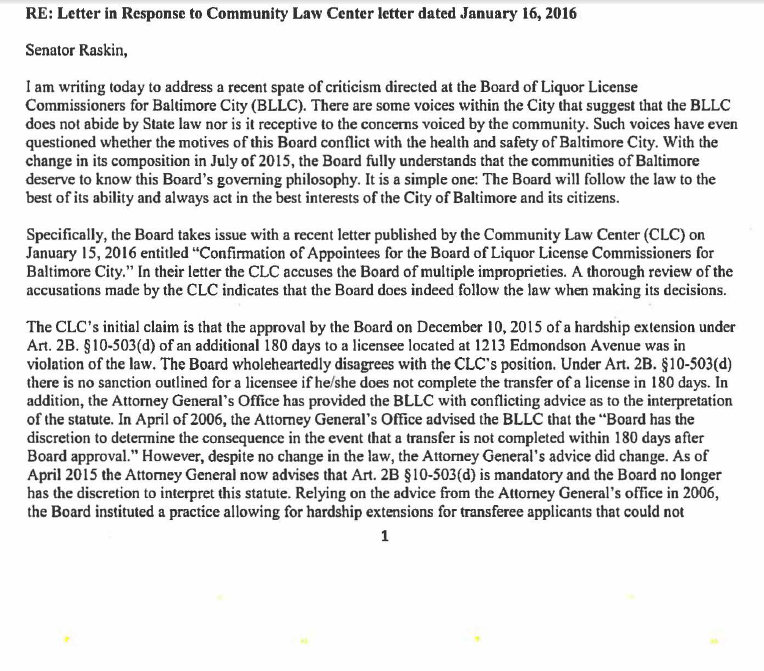 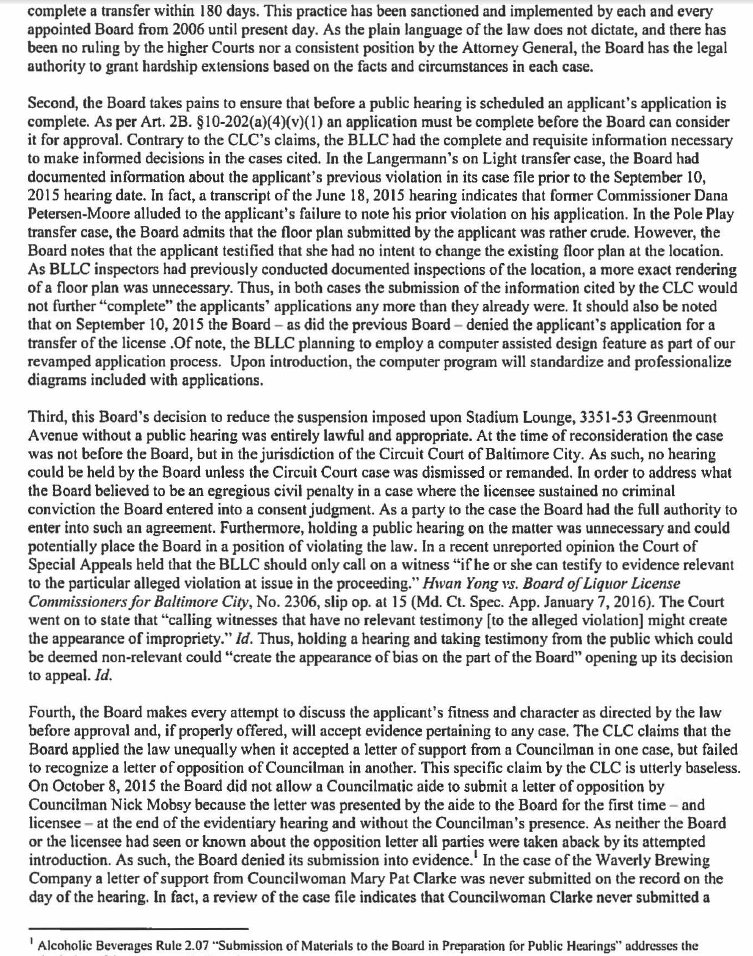 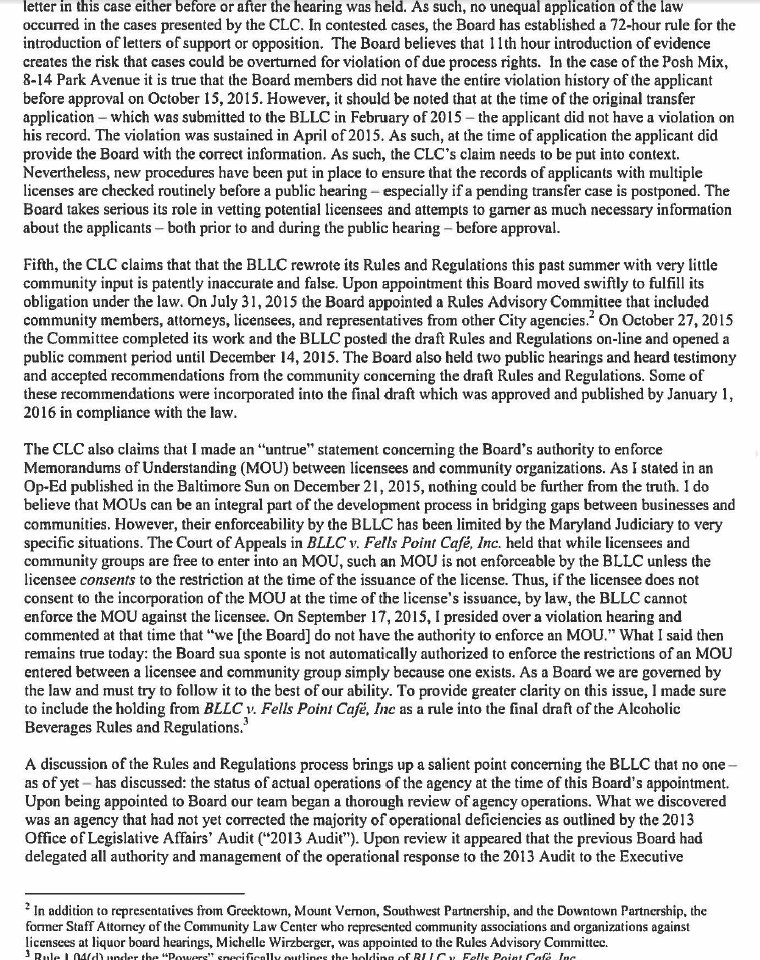 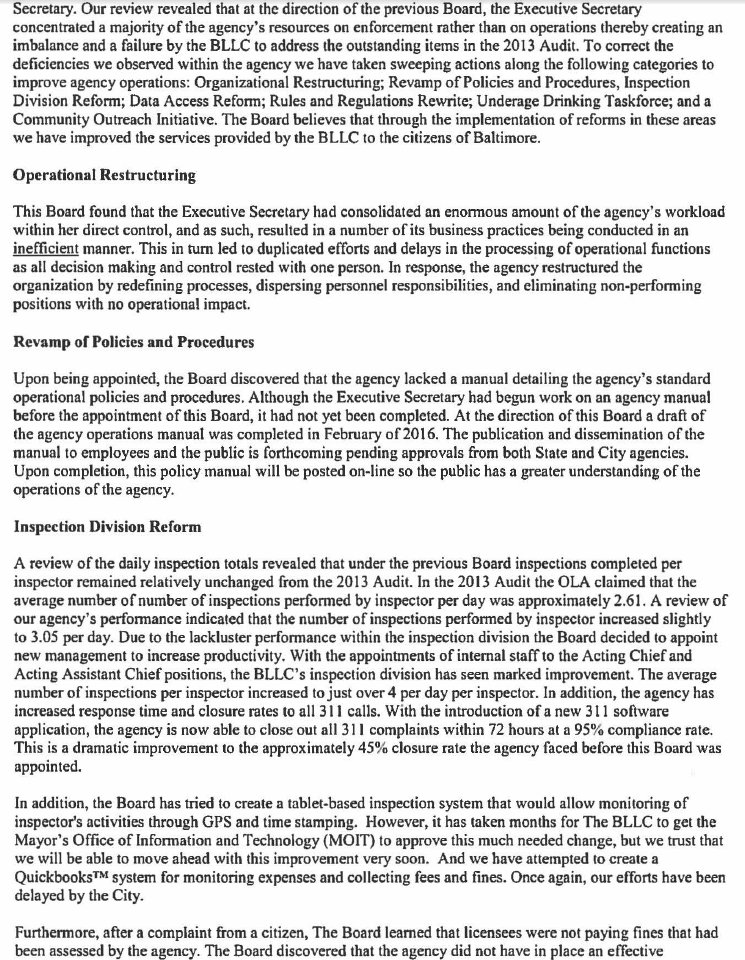 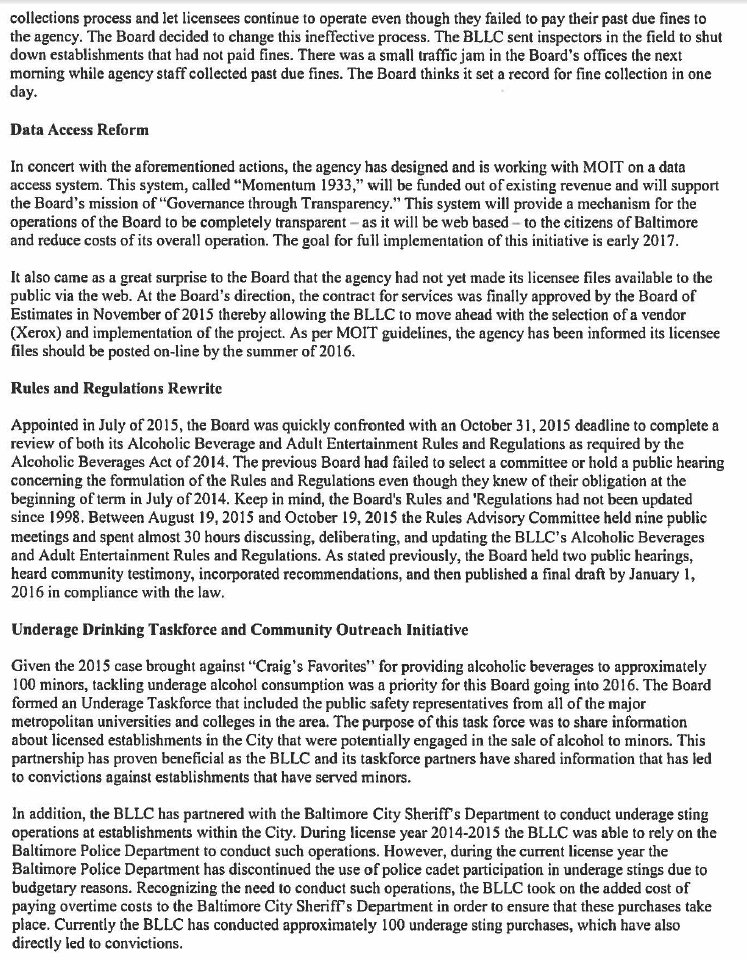 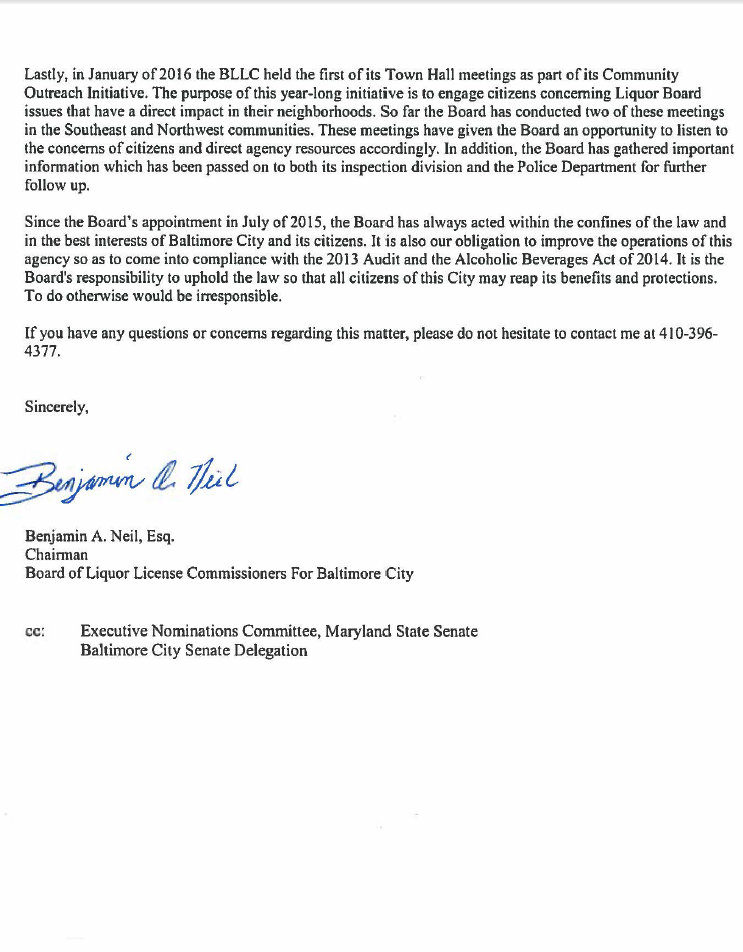 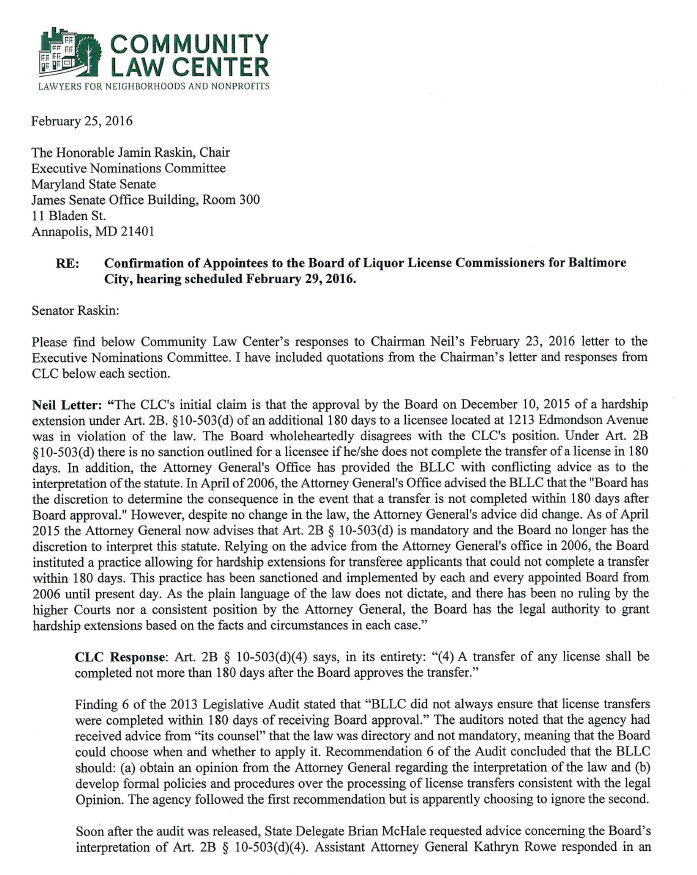 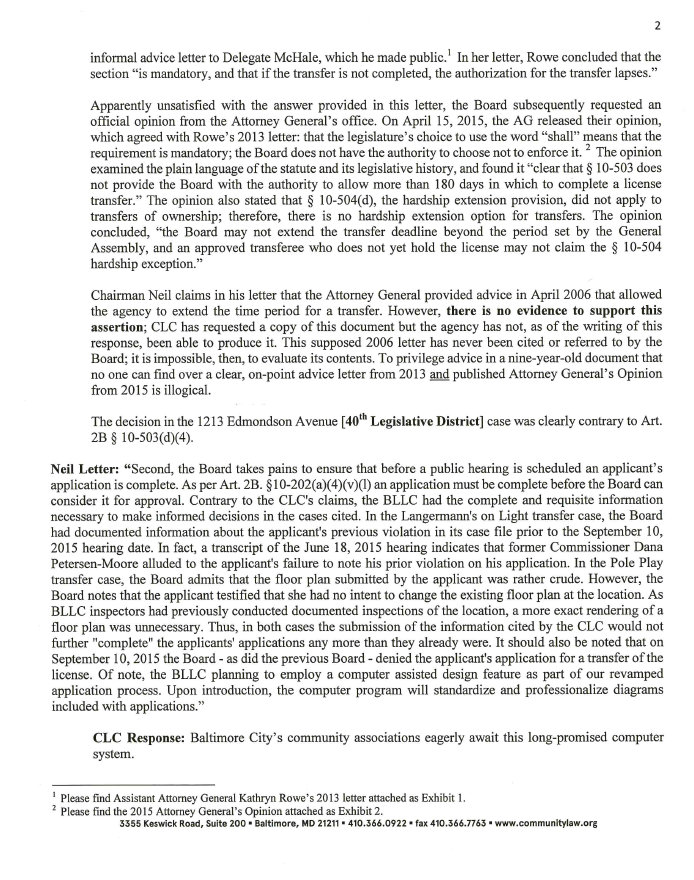 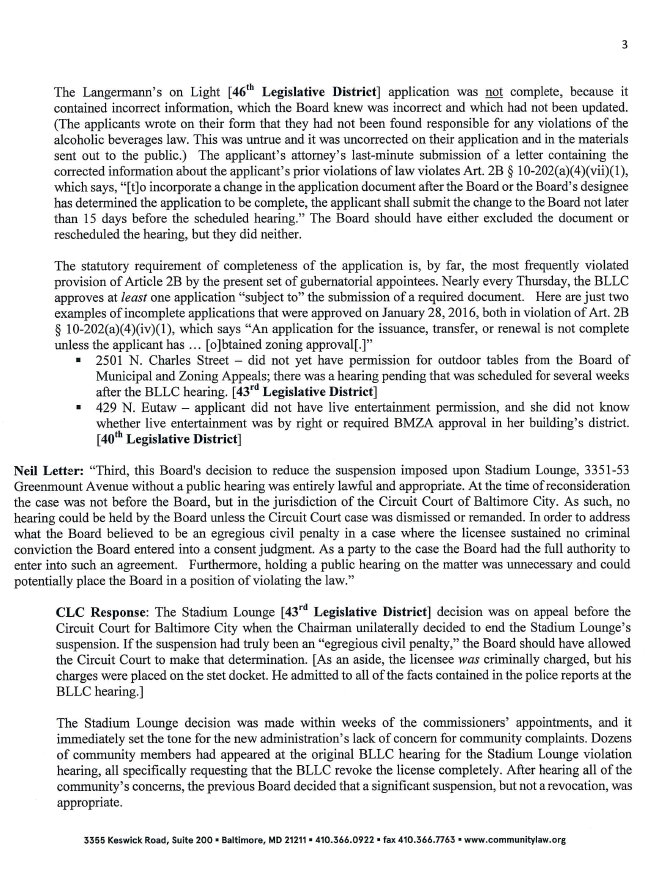 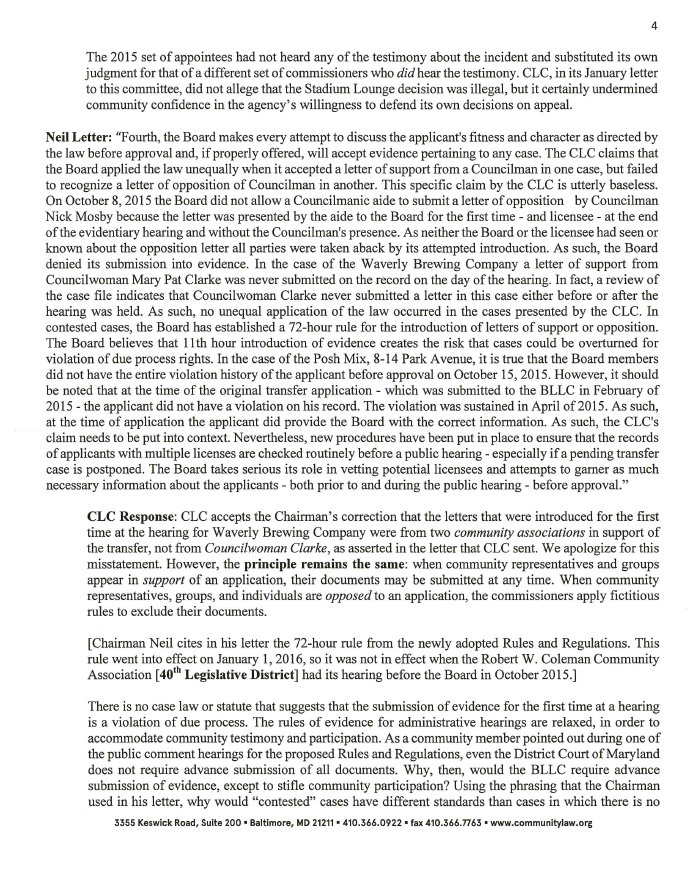 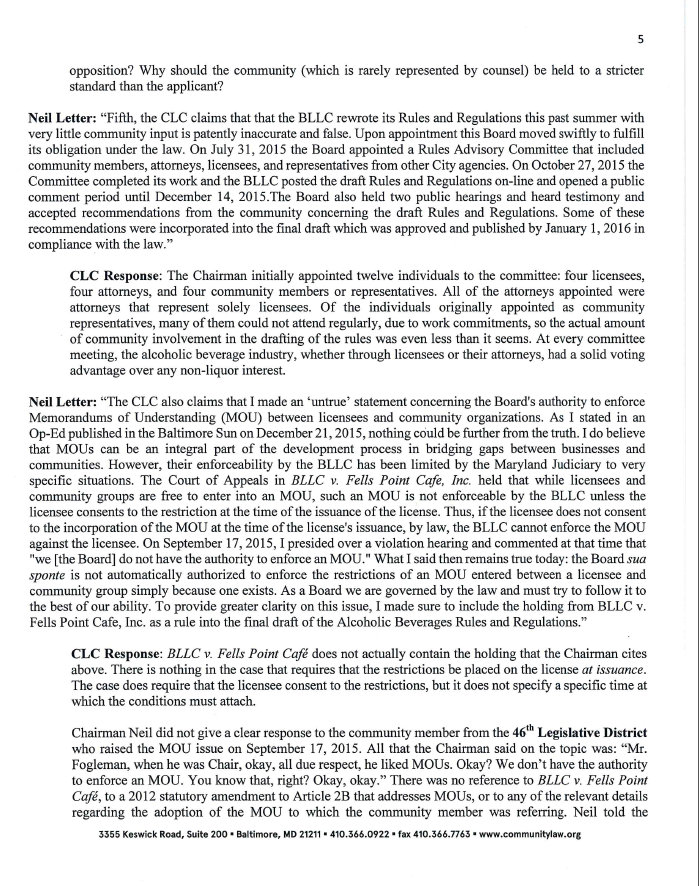 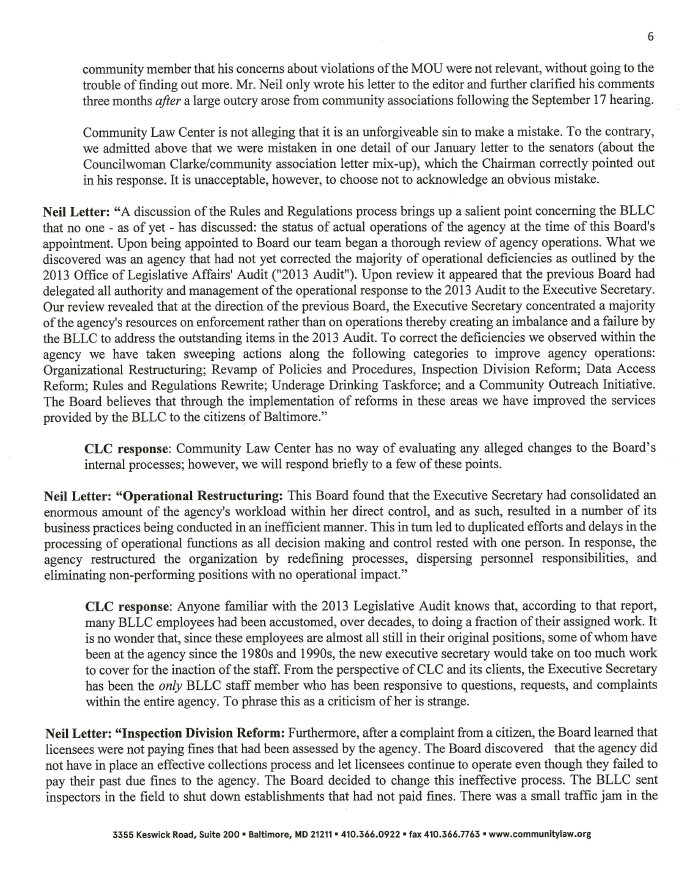 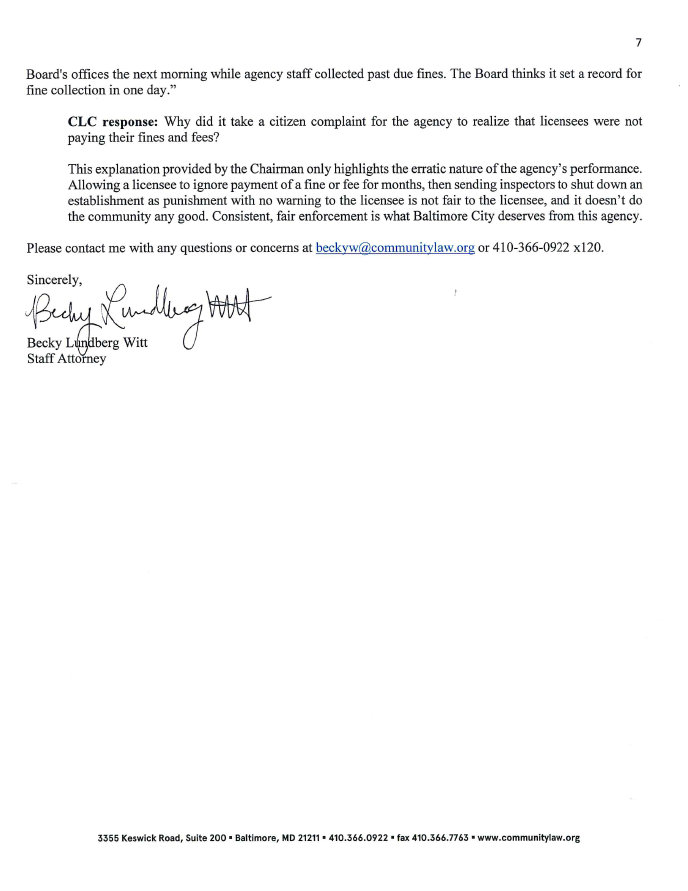 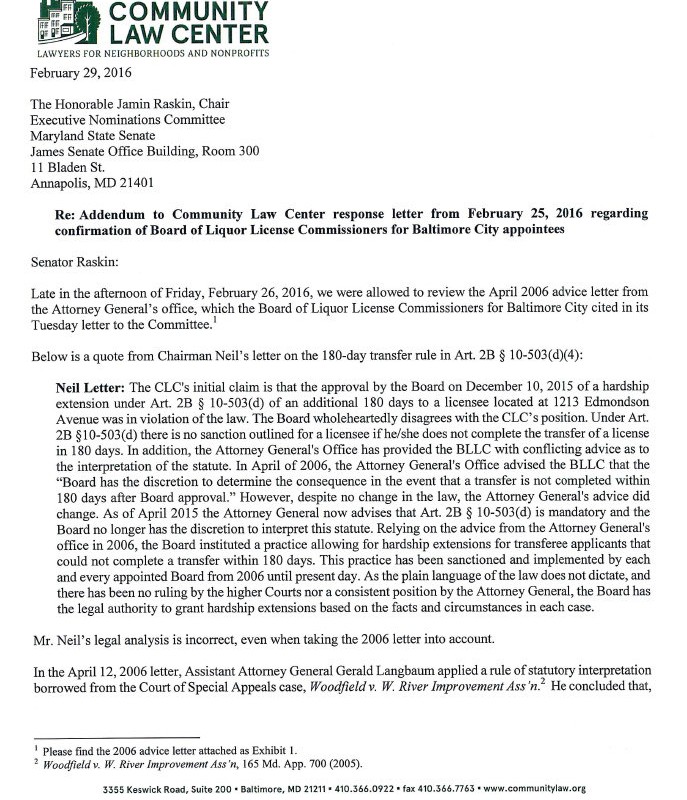 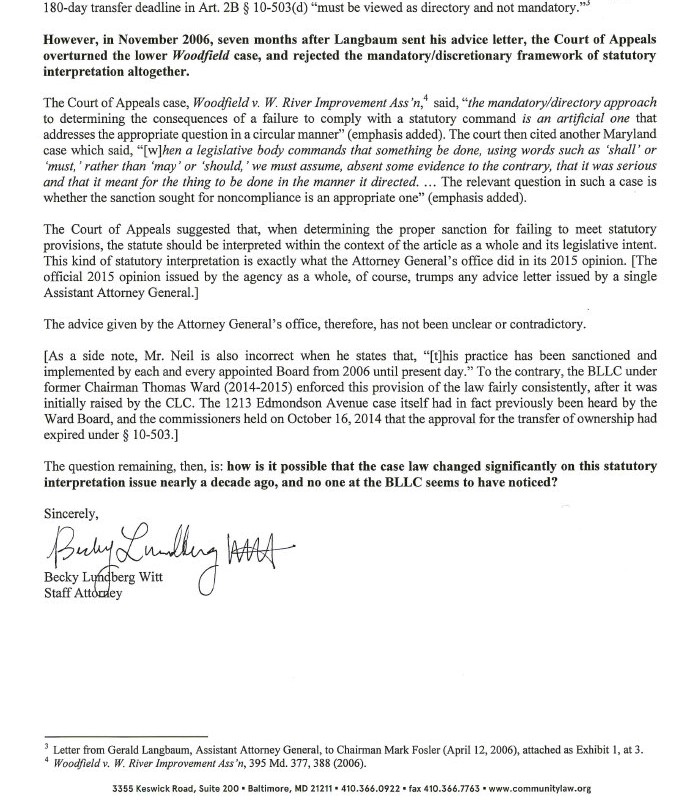 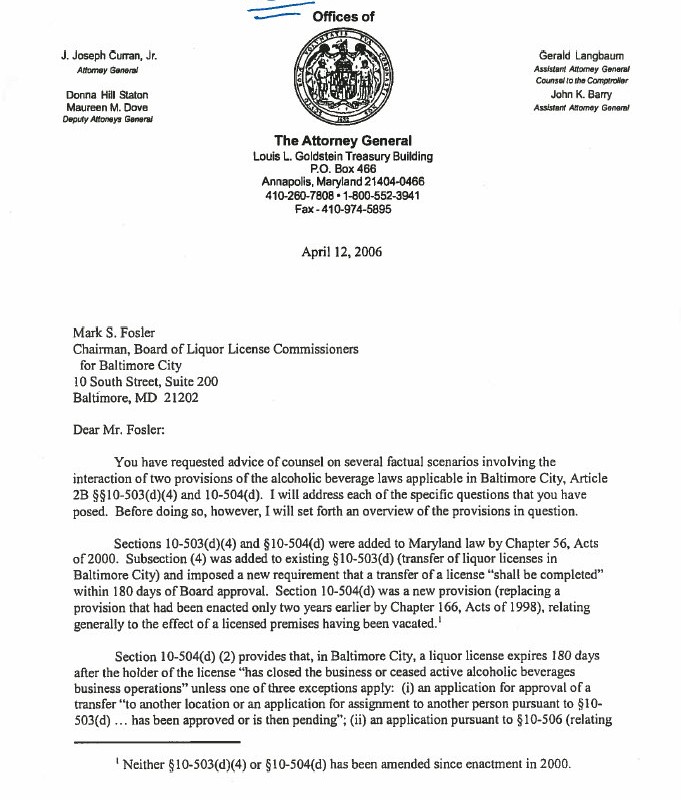 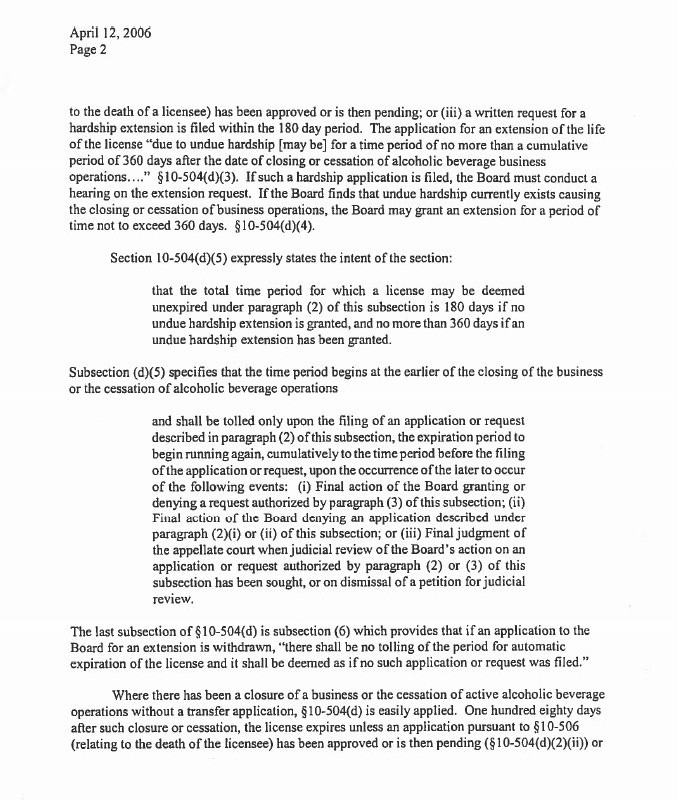 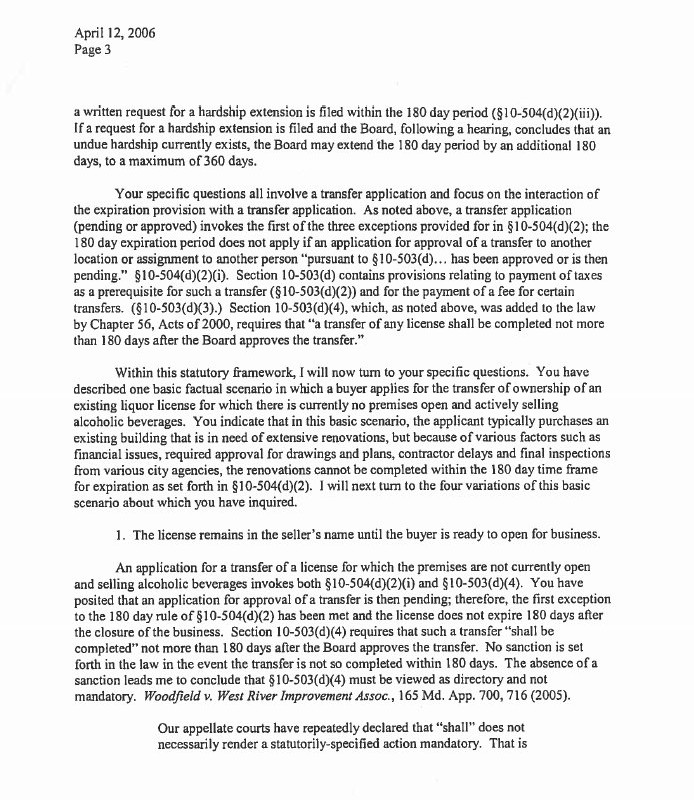 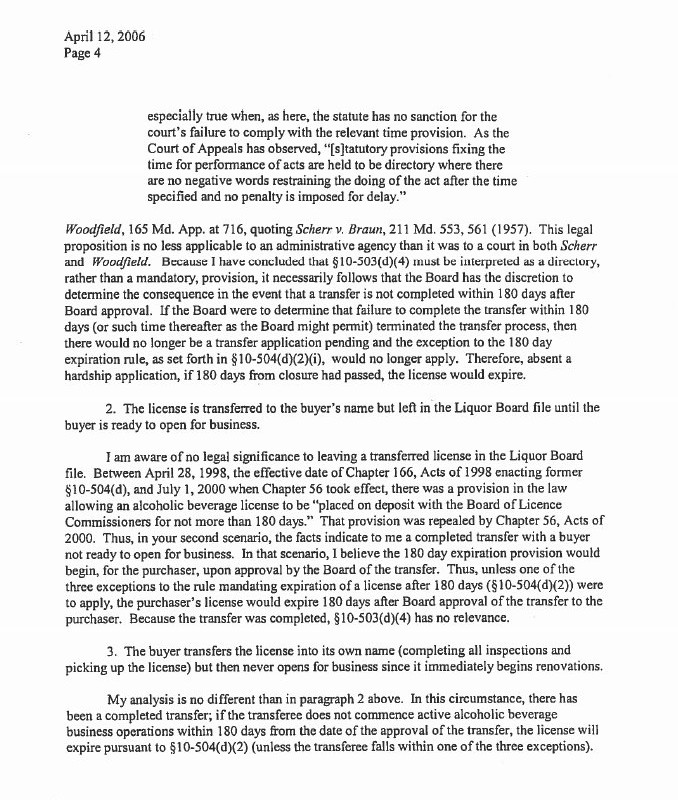 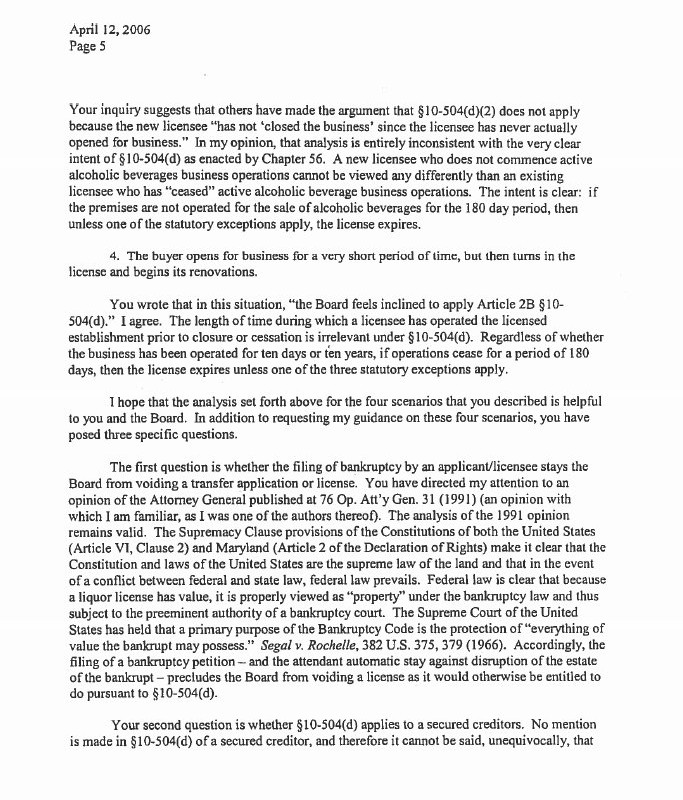 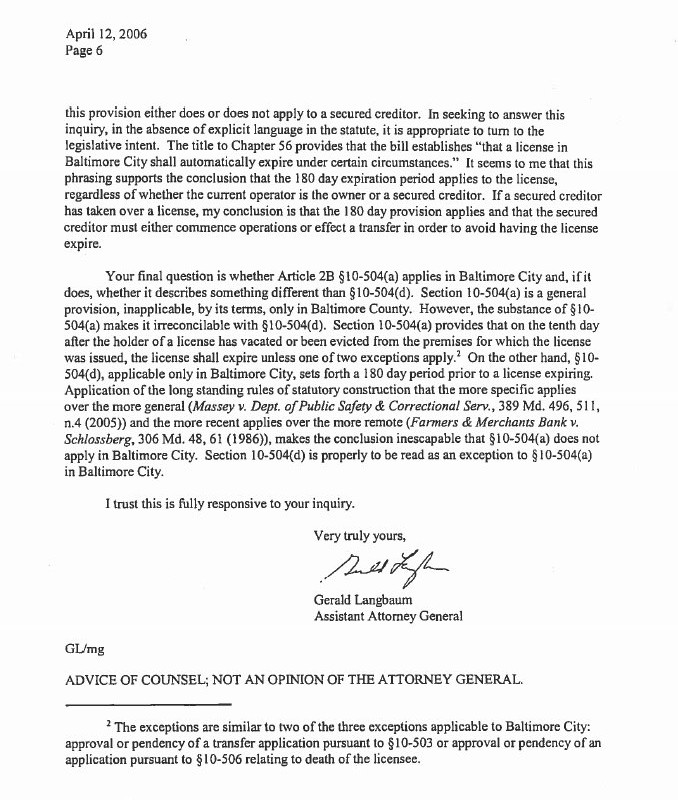