In what some interpreted as a veiled threat, the Liquor Board has subpoenaed the lawyer who represents residents protesting the renewal of a license of a long-troubled North Baltimore tavern.

Three days before she was scheduled to object to the license renewal for the Stadium Lounge on behalf of the Waverly Improvement Association, Becky Lundberg Witt, of the Community Law Center, received a subpoena compelling her to testify about the case.

A summons was also issued to Patricia Taylor, a Waverly Association board member, to appear before the board on Thursday.

Liquor Board staff yesterday confirmed that the request for the subpoenas came from Abraham L. Hurdle, one of the lawyers for the tavern.

Hurdle and fellow attorney Melvin J. Kodenski have additionally filed motions to dismiss the case and have Witt and Liquor Board Commissioner Dana Peterson Moore recuse themselves from it.

Witt replied to the board yesterday by saying that she does not plan to testify unless some party can show a compelling need for her testimony.

“An attorney cannot serve effectively as both an advocate and as an impartial witness in the same hearing,” she wrote in an email  objecting to the subpoenas. She noted that she does not live near the establishment and has never been inside it.

Addressing the subpoena given to Taylor, Witt wrote, “There is significant potential for intimidation and unfairness to community members when summonses are issued less than a week before the hearing with no reason given.”

Commissioner Moore declined to comment on the recusal motion.

In 2014, Hurdle and Kodenski attempted to employ the same strategy on behalf of a Fells Point strip club. They persuaded the Liquor Board staff to send subpoenas to more than a dozen people. 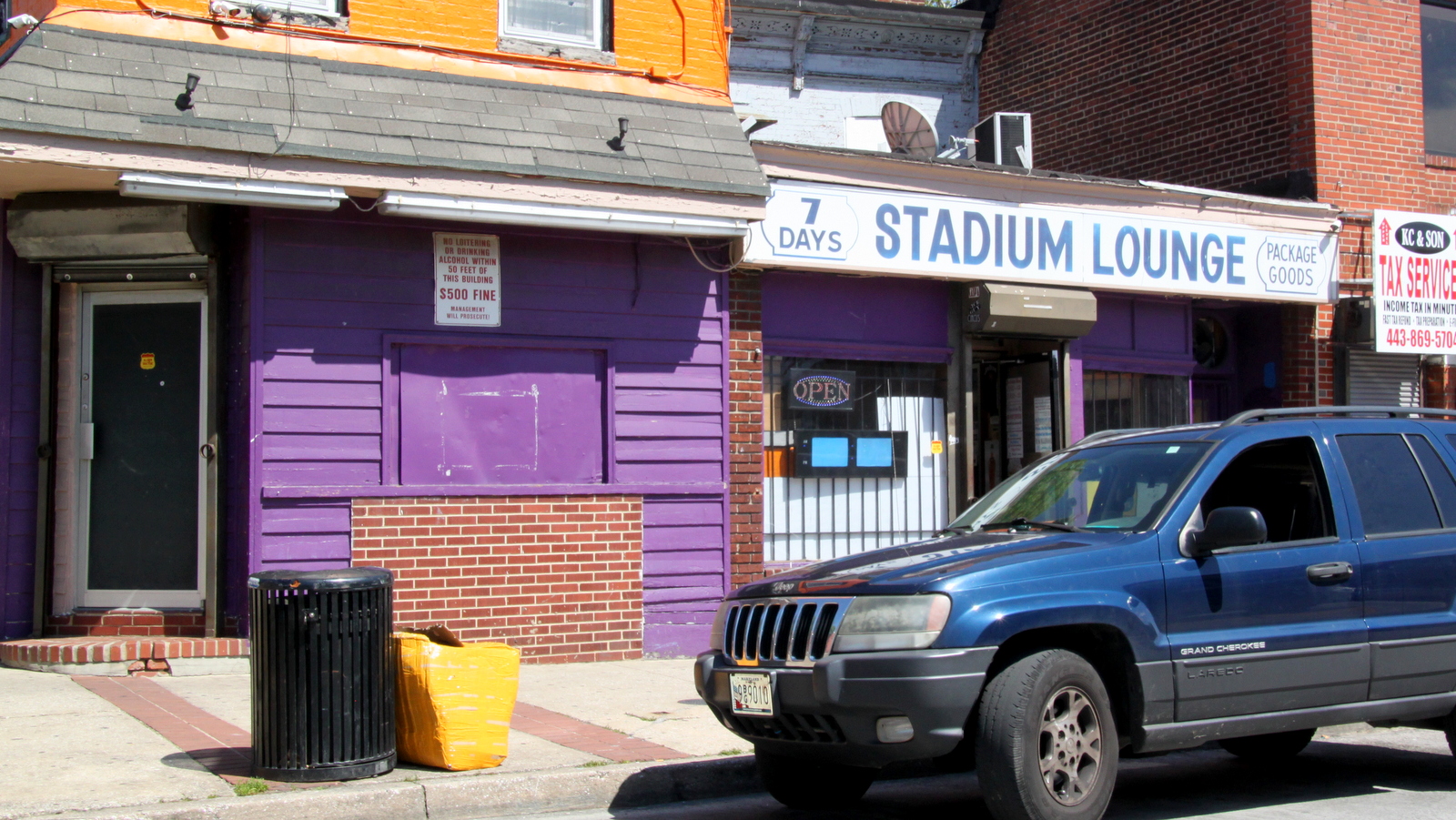 The Stadium Lounge includes a tavern for on-site consumption (left) and a sales area. (Fern Shen)

“Fail not to appear or you will be subject to the law in such case including that the Board may petition the Circuit Court for Baltimore City to proceed by attachment against you,” the awkwardly-phrased summonses said then. The same phraseology was used in the Witt and Taylor subpoenas.

Thomas Ward, chairman of the Liquor Board in 2014, said he never saw or approved the summonses and canceled them.

Staff: “Board has the Power”

The latest maneuvers constitute the next chapter of the contentious ongoing saga of Baltimore’s liquor regulation.

The Stadium Lounge is one of several “protest of renewal” cases to be heard on Thursday by a new set of commissioners put in place after a legislative battle led to last month’s ouster of Gov. Larry Hogan’s appointees.

The daylong docket is the first to be tackled by the new board, which consists of Chairman Albert J. Matricciani Jr. and commissioners Aaron Greenfield and Dana Peterson Moore. 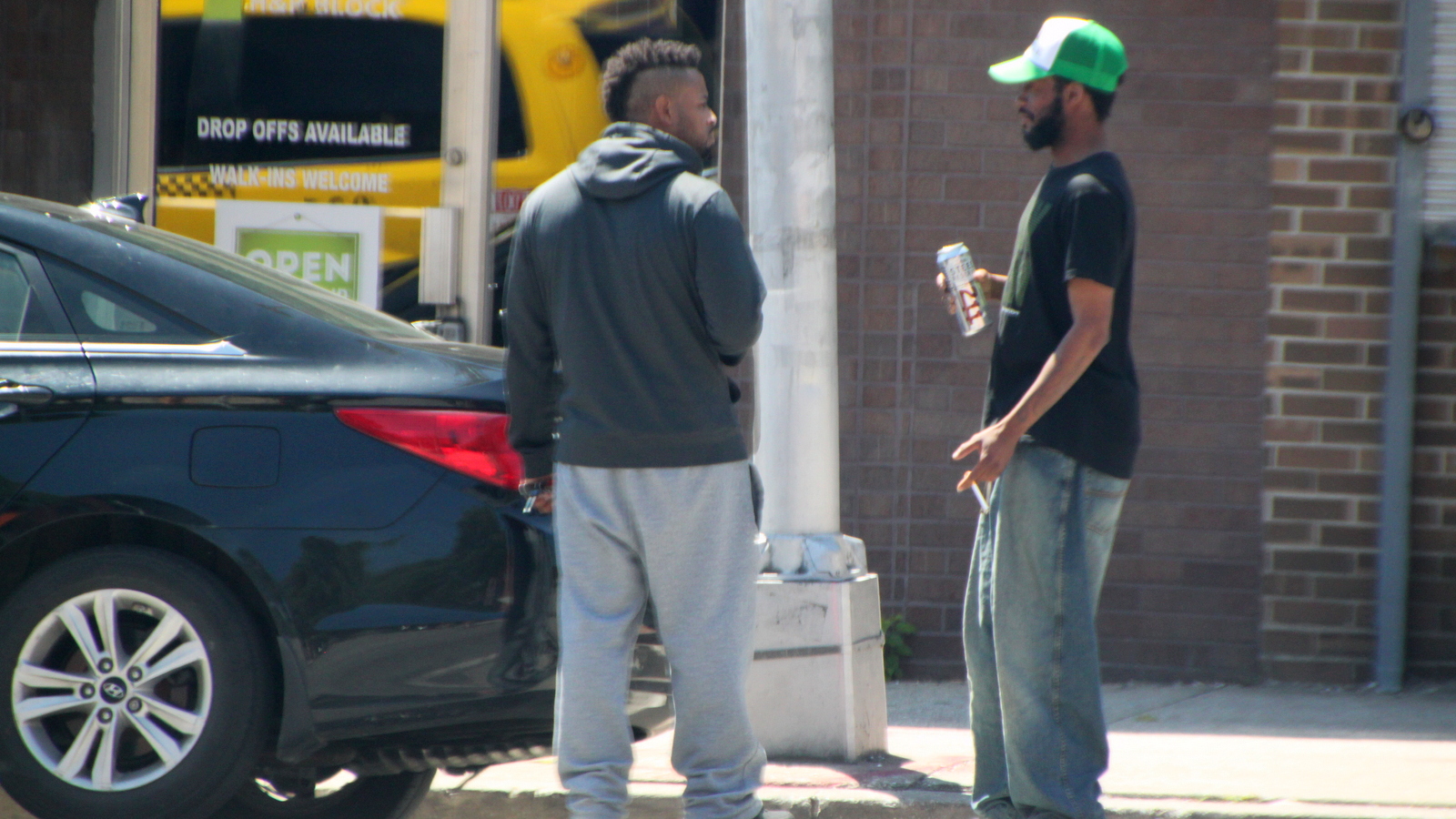 On Greenmount Avenue, across the street from the Stadium Lounge, a man drinks from a can of Steel Reserve 211 beer yesterday. (Fern Shen)

In addition to the high-stakes testimony over whether certain licenses should be extinguished, there is a procedural cloud hanging over one of the cases. The community group protesting a Howard Park tavern, 4 G’s Liquors, appears to have failed to file the proper paperwork to formally protest the license.

Asked why the case remains on the docket, Executive Secretary Thomas Akras said he is not authorized to take it off: “Only the Board can.” Akras said the community group “will have to come to the hearing on Thursday and see what happens.”

The history of the Stadium Lounge case makes it especially high-profile since it was Exhibit A for critics of Benjamin Neil, the Hogan-appointed commissioner.

Acting in concert with the board’s attorney but without a public hearing or notification, Neil reduced the suspension of the Stadium Lounge’s license for illegal gambling last year. The Greenmount Avenue tavern was able to open after serving 71 days of a 180-day suspension.

Defending the decision to issue the subpoenas to Witt and Taylor, Akras said that, unlike the Fells Point case, Chairman Matricciani signed off on this decision.

“One of the allegations made concerns an MOU with the community which Ms. Witt attempted to negotiate,” Akras said.

According to Witt, community members tried to negotiate a Memorandum of Understanding (MOU) with licensee Domingo Kim over seven months, but were unable to come to an agreement.

“This is a factual issue they are raising,” Akras said, referring to the Stadium Lounge’s attorneys, noting that state liquor law “provides the power to the board to subpoena witnesses.”

New Chairman: “I Didn’t Know all This History”

Matricciani yesterday confirmed that he had permitted the issuance of subpoenas, but said he did not know about the cancellation of subpoenas under Ward.

“I did speak to staff who told me that the attorney just wanted to to get the information to people who were going to be there anyway that they would need to give testimony,” Matricciani said. “I just wanted to be fair.”

“I didn’t know all this history would get everybody all riled up. I’ll certainly listen to [Witt’s] arguments,” he said. “I won’t let this become a big issue.”

Informed that Hurdle had also filed a motion to have Witt recuse herself from the case, Matricciani expressed irritation.

“If that’s the purpose, just to knock her out, that’s not going to be allowed,” he said.

Witt said community members will be able to testify at Thursday’s hearing about their discussions with Kim about the failed MOU.

Witt said her recusal from the hearing would “do irreparable damage” to her clients’ case because there is no other attorney who regularly represents community groups at Liquor Board hearings.

She also objected to the recusal motion for Moore who, as a liquor commissioner during the Ward era, was present for a previous hearing on Stadium Lounge.

“There is nothing on record to suggest that the former commissioners did anything improper during the May 2015 hearing,” Witt wrote.

At the Stadium Lounge yesterday afternoon, business was brisk and people in the store were buying miniature bottles of liquor as well as big 40-ounce bottles. Across the street, a man was drinking from a can of Steel Reserve 211, a high alcohol-content beer.

Signs posted on the plexiglass window in the sales area urged customers to sign-up to testify at Thursday’s hearing and promised transportation to the meeting by bus.

Licensee Kim spoke briefly to The Brew before referring all questions to his attorneys.

He was asked if he has been cleaning up the area around his establishment, one of the restrictions placed on his license in 2011.

“Yes, yes. Trash clean-up. We are always cleaning the trash,” he said.

He was also asked about another of the 2011 restrictions – that he stop selling “minis,” or the small liquor bottles, that residents say promote public intoxication. Reporters indicated that they had just witnessed minis being sold.