There was testimony about vomit, and when a man became ill in the hearing room, there was actual vomit.

There was testimony about a racist note sent to a complaining resident.

In short, Baltimore’s new commissioners got vintage Liquor Board testimony yesterday on their first day of substantive hearings.

Appointed last month after the previous commissioners were ousted amid criticism that went too easy on licensees, the new Liquor Board meted out the harshest penalty possible in one case: They extinguished the liquor license of The Drinkery, at 203-209 Read Street, by a vote of 2-1.

Police and neighbors described multiple 911 calls to the address, a March stabbing, and the nightly experience of seeing severely intoxicated patrons screaming and fighting outside the Mt. Vernon establishment at closing time.

Mike Pugh, who lives on the same block as the bar, testified that during the day the street is “sleepy.”

“There are sort-of prostitutes and drug dealers on the corner and johns – it’s pretty low-key,” Pugh said, going on to describe how the block’s character changes at night.

“It’s like a pirate cove out in the street. People flood into The Drinkery and flood out absolutely smashed. It’s dangerous,” Pugh said. 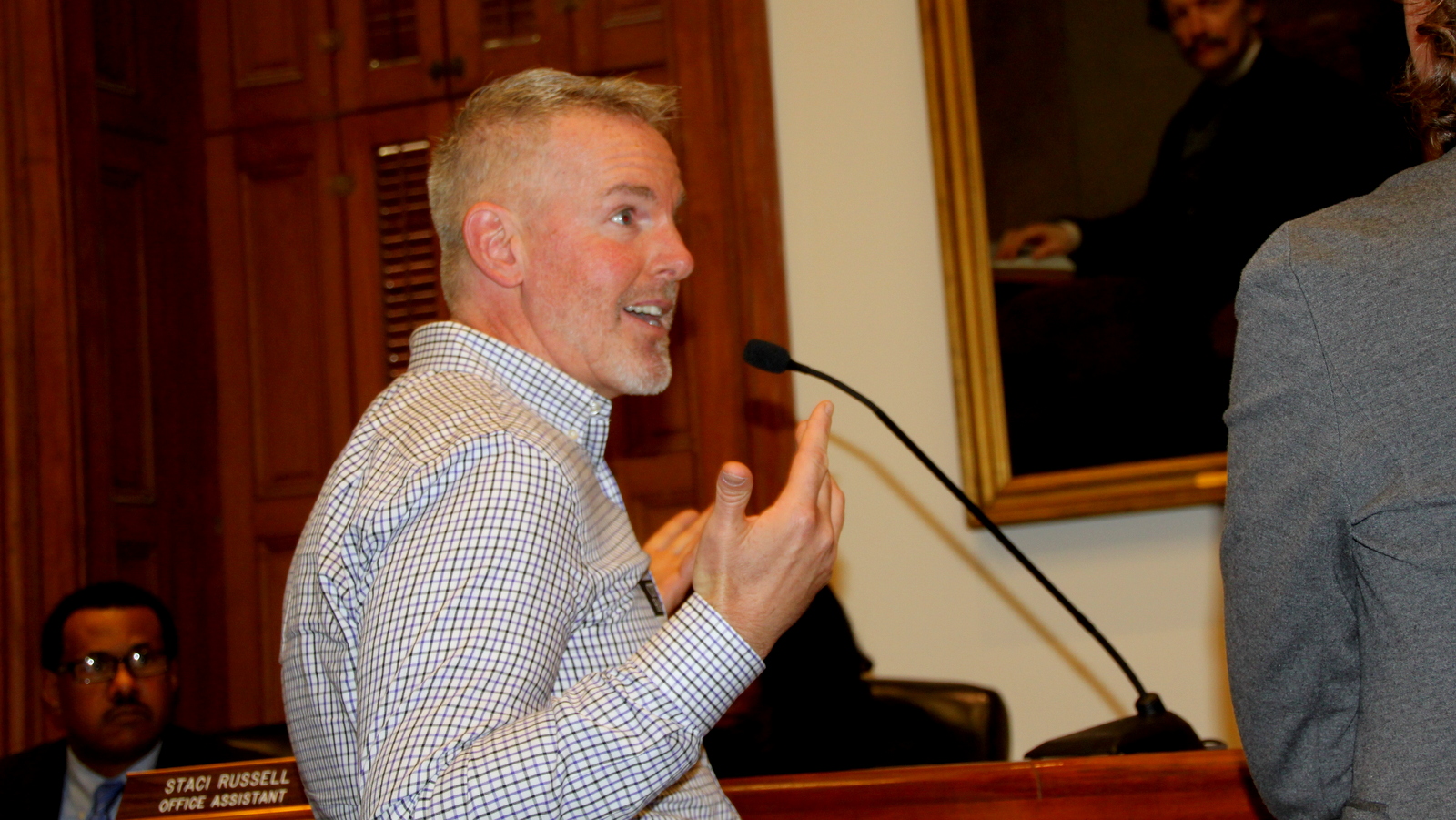 But licensee Frederick Allen, bar supporters and employees noted that no one has been arrested inside the bar. The people who go outside are simply smokers, they said, and the licensee can’t be responsible for what happens outside the establishment.

“You can’t ignore the outside. The statute requires us. . . to determine the impact this has on the neighborhood,” Matricciani said to Allen. “If it was your idea to put blinders on, you made a mistake about that.”

He joined commissioner Dana Petersen Moore in voting against the license renewal.

Three other license renewals on yesterday’s docket survived their challenges despite the crowds that packed a City Hall hearing room for two of them.

But the case never went forward. The commissioners agreed with the licensee’s lawyer that the opponents had failed to file the proper paperwork for a protest by the March 31 deadline.

The opponents’ attorney, Thomas Maronick Jr., argued that a petition for postponement that had been submitted was a license protest “by inference.” But the board denied the motion, allowing the license to be renewed for another year.

“Please don’t do this to us,” Aisha Banks, of Concerned Citizens of Howard Park, cried out from her seat. Later outside the hearing room, Antwanette Bossard sobbed.

For years, residents of this Northwest community have complained that the tavern, located at 4701 Liberty Heights Avenue, generates crime and blight. Increasing their concerns was a rash of four shootings, three of them fatal, near the intersection of Liberty Heights and Gwynn Oak avenues where the establishment is located.

Outside the hearing room, Banks didn’t fault the commissioners for the denial of their protest, saying, “I believe we have a fair Liquor Board.”

She said opponents of the 4 Gs license renewal have been impeded by the fear of reprisal. “Some people were afraid to sign,” she said. “Some asked to take their signatures back.”

“Are you Threatening Me?”

Drinkery licensee Allen confirmed that he had written a note that Mark Henderson found in his mailbox. Henderson, an area resident who had complained to Allen about his bar, said he considered the note racist and threatening. Allen denied that was his intent. 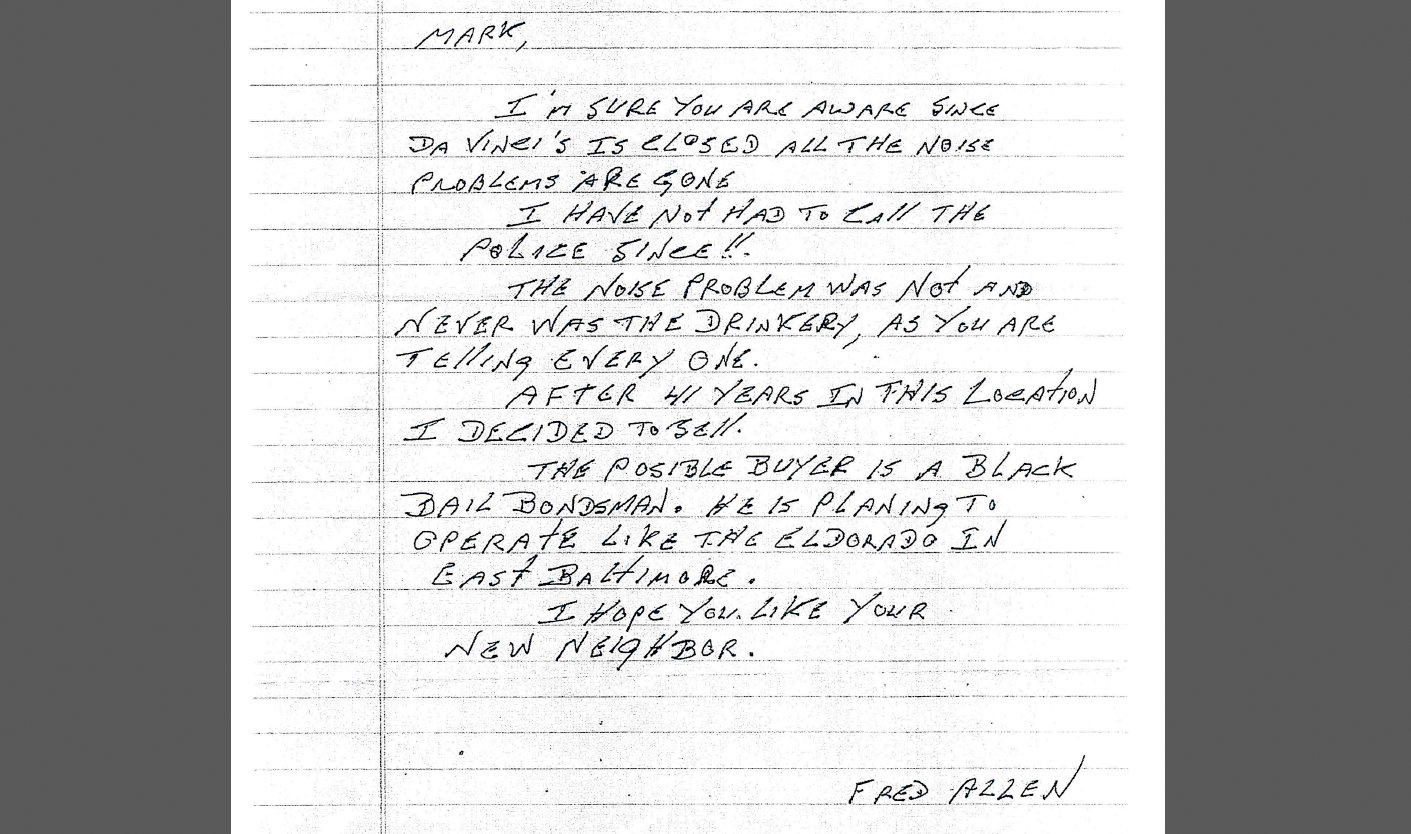 Letter from Drinkery licensee Fred Allen was discussed at the hearing. (Baltimore Board of Liquor License Commissioners)

In the Stadium Lounge case before the board, several residents complained about intimidating stares and remarks from patrons of the tavern at 3334 Greenmount Avenue.

Among them was Natalya Brusilovsky of the Waverly Improvement Association. “Are you threatening me right now?” she said to someone in the crowd sitting with licensee Domingo Kim.

The back-and-forth continued for nearly three hours, mirroring previous testimony in the controversial case that stretches back to previous sets of commissioners.

In the end, the latest crop of commissioners postponed a decision because of a technical issue.

Kim’s home address on the application for renewal is listed in Ellicott City in Howard County. State law requires Baltimore residency for the holder of a liquor license, said attorney Becky Lundberg Witt, representing the protestants.

Witt argued that the renewal request should be denied for that reason alone. Matricciani seemed surprised by the news.

“Why is this the first time this is coming up?” he said.

“Read the 2013 audit,” Witt replied, referring to a critical legislation report on the agency. 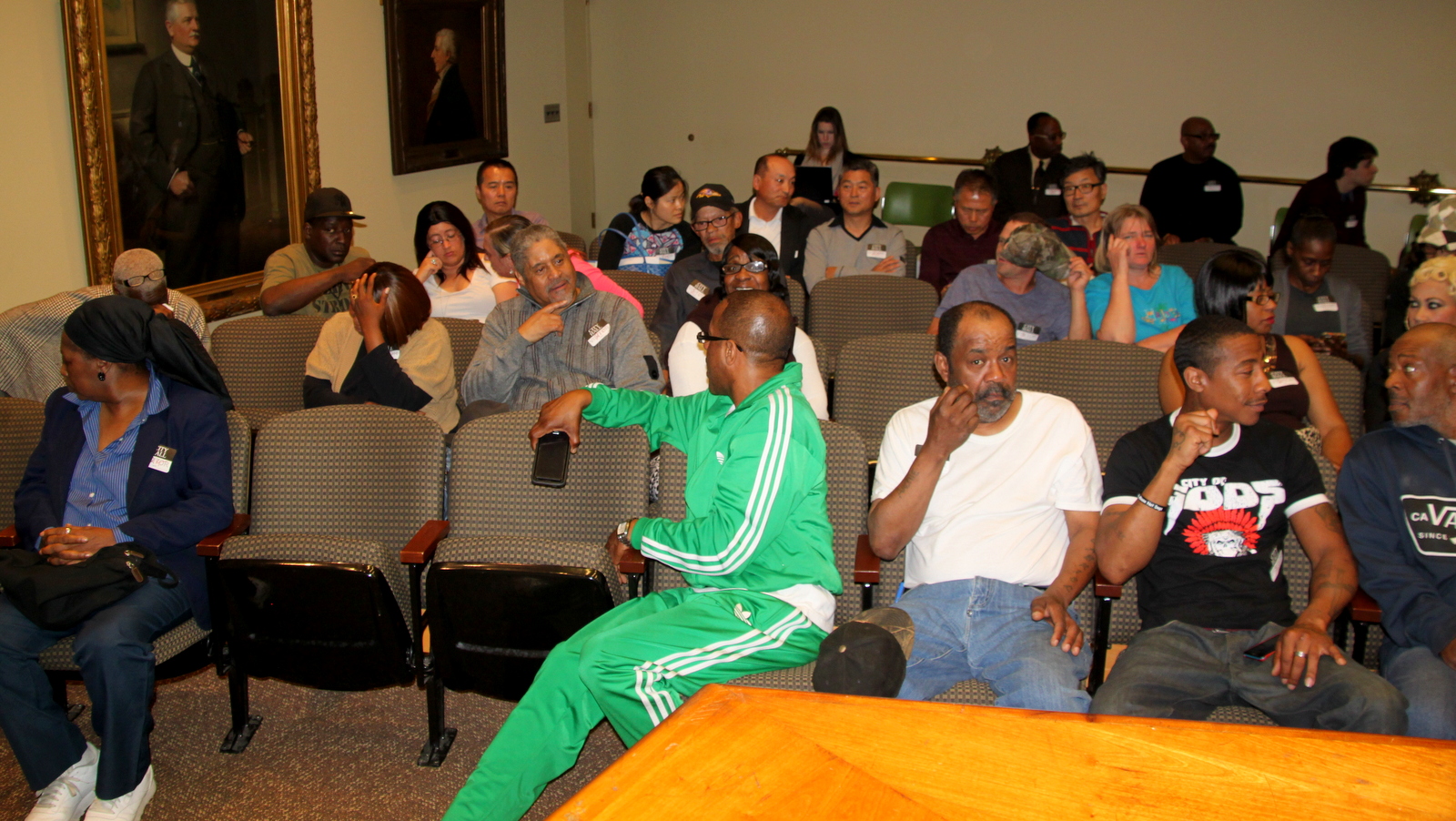 Kodenski disputed Witt’s contention that the matter is “unambiguous.”

Language adopted by the Liquor Board’s Rules and Regulation Rewrite Committee (on which he sat as a member) grandfathered in licenses without a Baltimore city resident because the Liquor Board had allowed them in the past, Kodenski said.

“The reason for the rule is that nobody ever enforced this?” Matricciani said, again seeming to be surprised.

The two attorneys promised to provide briefs on the residency question, and the board scheduled a June 9 hearing to announce their ruling on it and on the license.

In another procedural ruling, the board unanimously denied Kodenski’s motions to have Witt and Commissioner Moore recuse themselves in the case.