To see how little the Baltimore Liquor Board has improved in the three years since it last was blasted by a state audit, consider the matter of inspectors.

The 2013 findings on inspectors were among the most embarrassing in the audit report – validating the agency’s reputation for mismanagement and feather-bedding, if not outright corruption:

Two inspectors, expected to conduct more than 800 liquor establishment inspections a year, completed only 41, the auditors found. Records of 311 complaints were missing in the files, and half of those complaints that did exist were never investigated. There was no documentation that the chief inspector performed his duties.

And for most of the employees reviewed – many of whom had worked for the agency for well over a decade – there was no record that they had ever received a formal performance evaluation. The auditors  recommended that the agency start adhering to Baltimore’s classified civil service policy and do performance reviews.

This time around the auditors said that poor record-keeping was so pervasive they couldn’t determine precisely how many inspections were conducted by the agency. Instead, using a statistical approach, they came up with a likely range.

Of the 5,200 inspections that should have been conducted in the 2014-15 license year, the number actually completed was at best 69% of the total and at worst only 44%.

And once again, the auditors found most employees had never received a performance review.

For community leaders and their advocates hoping for a more responsive, consistent and effective agency, yesterday’s findings came as a blow.

“I’m disappointed at how few things have changed. I expected things would at least look like they are better,” said attorney Becky Lundberg Witt, who blogs about liquor issues for the Community Law Center and sometimes represents communities before the board.

“Who’s to say if you submit a 311 complaint an inspector even goes out?” Witt said. “It’s the kind of thing people have lacked confidence in for the last 40 years and this doesn’t suggest anything is changing at all.”

Leadership reshuffling rocked the agency, with four different chairmen supervising the Liquor Board in the last three years and three people occupying the position of executive secretary, one of whom was abruptly fired. Significantly, though, day-to-day staffers – some with many years on the job – remained.

Raising eyebrows among the audit team was the amount of undocumented overtime. During six months in 2015, one inspector was paid 314.5 hours of overtime totaling about $9,400. And the Liquor Board itself noted another problem stemming with from having staffers with so much time in.

“So many inspectors have been on staff long enough to have accrued extensive vacation time (leading to a number of inspectors being on vacation at any given time), five inspectors is not enough,” the agency said, in a separate memo cited in the audit. 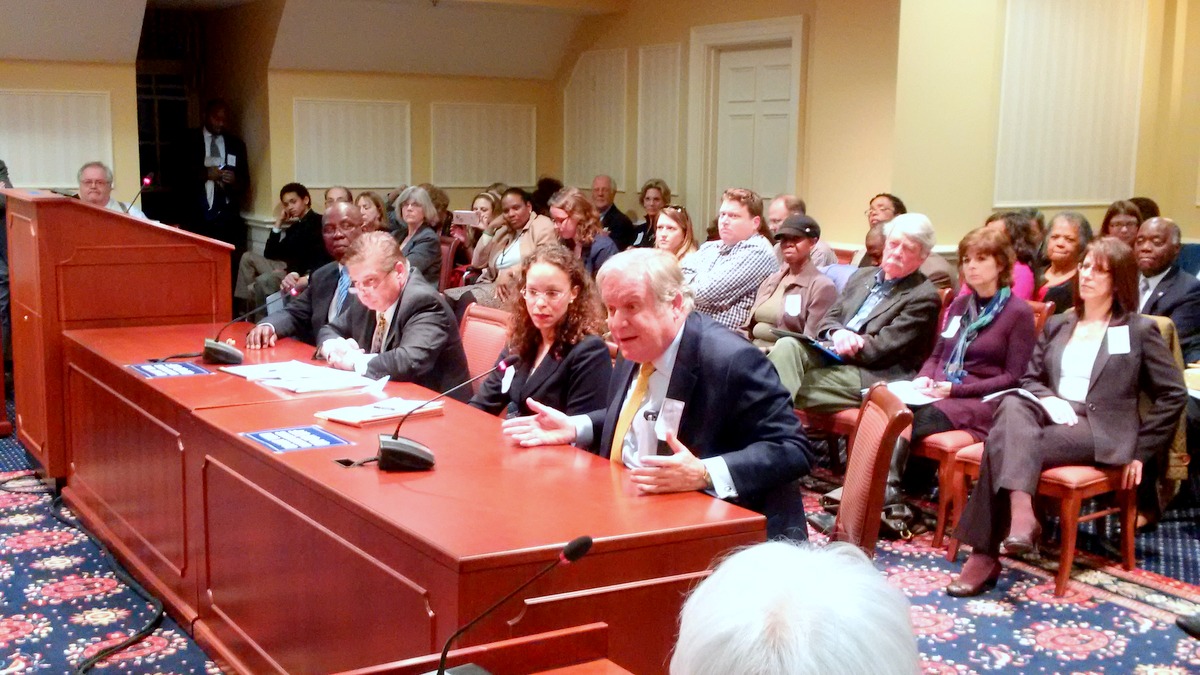 Before the legislature earlier this year, Douglas Trotter defended his actions as a Baltimore Liquor Board commissioner. (Fern Shen)

Also persisting amid the high-profile, upper-tier leadership changes were the long-standing problems with how the Liquor Board functioned.

For example, the auditors found yet again that the agency did not always ensure license transfers were completed within 180 days of receiving board approval. This phenomenon has been chronically highlighted by the Community Law Center as “zombie licenses.”

Testing 10 of the 84 license transfers completed between July 2014 and June 2015, the audit team found two transfers that were finalized 370 and 389 calendar days after board approval.

After years of talk about getting “electronic tablets” for inspectors and updating the antiquated system of filing inspection reports on paper, the inspectors finally began using them in June 2015 – but encountered problems.

The agency was “unable to obtain summary reports from the database to assist in monitoring inspections,” the auditors said, noting that the staff criticized the tablets as “sometimes unreliable.”

There were some improvements. The auditors noted that a third of their previous 24 findings were satisfactorily addressed.

The inspector staff size was reduced from 17 to 9 full-time positions, they noted, and the agency had taken to addressing violations through the Board – no longer conducting “informal hearings with violators.”

In its response yesterday, the board acknowledged most, though not all, of the criticism. Newly appointed chairman Albert J. Matricciani, Jr. said the agency has now addressed 16 of the new audit’s 18 findings.

The auditors’ report, Matricciani said, “only tell[s] a half-story.”

The agency has drafted a Policy and Procedure Manual and updated its rules and regulations, Matricciani noted, and also implemented financial controls over payroll, accounts receivable and other internal operations.

His rebuttal complained at length about the auditors’ findings, saying they did not take into context the “unprecedented staff turnover” and the role of other government agencies in contributing to problems.

For example, criticized for failing to institute a system for checking on the licensees’ criminal backgrounds, the agency argued that the Criminal Justice Information System (CJIS) is legally responsible for providing updates to them. 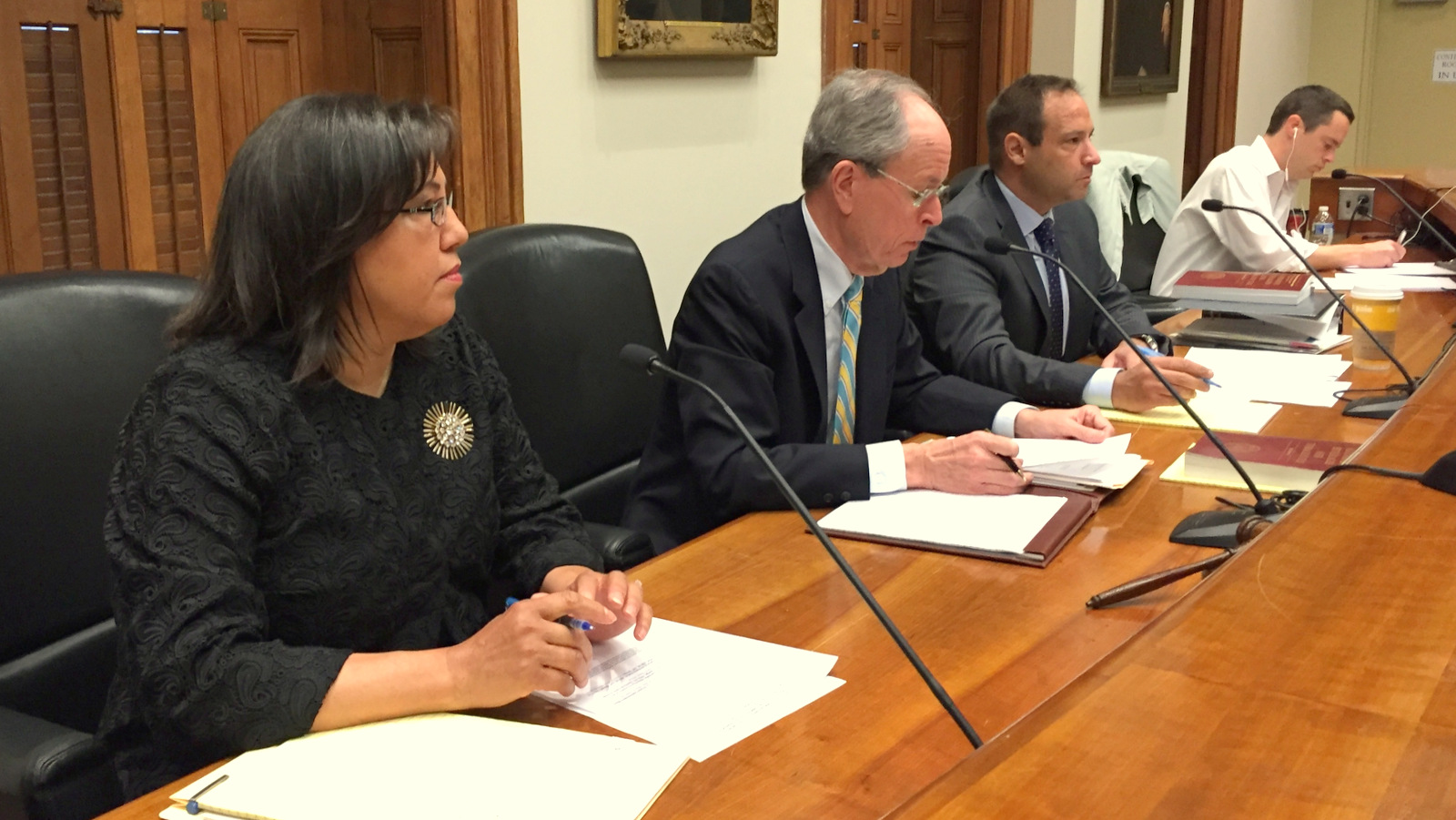 Faulted for failing to track inspections, violations, inspector performance, enforcement actions and other data, the agency protested that the system developed by Mayor’s Office of Information Technology (MOIT) was slow to roll out and an interim Excel spreadsheet system was difficult for inspectors to use.

“Never before had the agency asked inspectors to use an Excel-based platform to record data. To say that the transition was rocky at times was an understatement,” the response said.

Told in 2013 to use sound meters when investigating noise complaints and still not using them in 2016, the agency said that upon review it decided the practice is “costly and inefficient” and will discontinue their use except as an “investigative tool” if deemed necessary.

Matricciani wrote that although the Liquor Board “was not perfect” in addressing the auditors’ findings, “I believe the agency has made great strides in becoming. . . more accountable, transparent and effective.”