All was as usual at the Baltimore Liquor Board yesterday, with liquor lawyers like Melvin J. Kodenski and former Liquor Board chairman Stephan W. Fogleman going to bat for licensees, sheriff’s deputies representing law enforcement and the three commissioners weighing license transfer requests, violations and other standard matters.

But something was different for Becky Lundberg Witt, the Community Law Center attorney who has attended nearly every hearing for the last three years on behalf of citizens at large.

Witt recently lost the Abell Foundation grant funding that supported her watchdog work, which has involved detailed reporting on each meeting and publication of weekly blog posts that include legal analysis aimed at reform.

Abell’s board made its decision to de-fund Witt on September 20 – about six weeks after all three commissioners made an unusual visit to see Abell president Robert C. Embry Jr. in his downtown office. 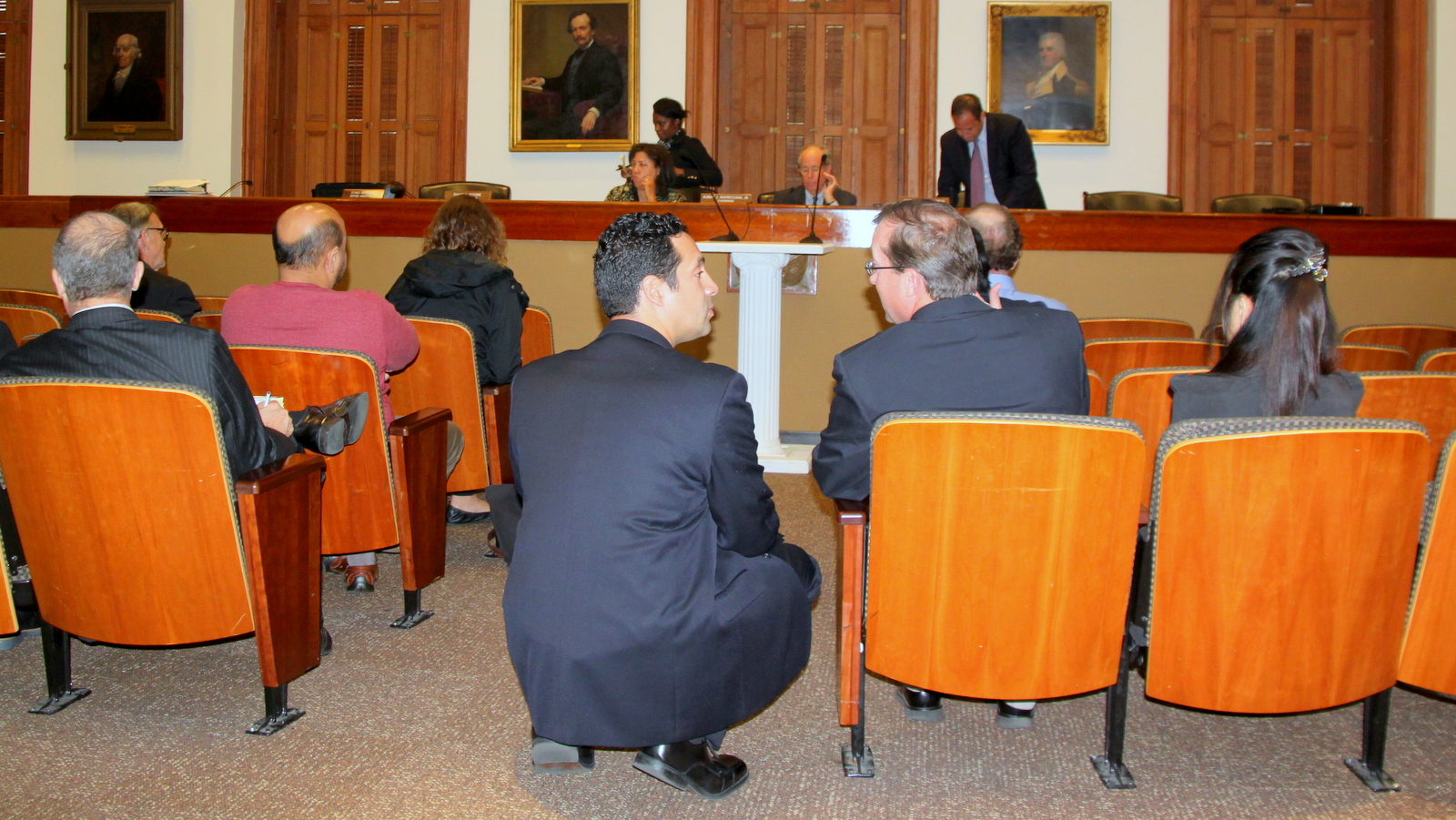 Witt, whose organization is allowing her to continue going to Liquor Board meetings, attended yesterday’s hearing, sitting in her usual spot near the front.

She was asked if she thought Abell’s decision was influenced by pressure from the Liquor Board, whose chairman had sharply criticized her for “casting a negative pall” on the agency’s reform efforts in a letter published in The Baltimore Sun.

“I don’t want to speculate on peoples’ motivations,” Witt said. “We did get funding for three years.”

Asked yesterday why the commissioners approached Embry, Liquor Board Chairman Albert J. Matricciani, Jr. said it was to ask for grant funding.

“We went over to see Bob because we were thinking about whether to ask about them supporting a community liaison position,” Matricciani said. “We don’t have the funding in our budget for it.”

Asked whether the subject of Witt and her blog came up, Matricciani paused.

Reminded that fellow liquor commissioner Dana Moore was quoted as saying that Witt’s work had been discussed in the meeting with Embry, Matricciani said he remembered one point when it came up.

It happened, he said, when “Embry egged us on saying, ‘See, we caused some improvements to be made’ by funding the $90,000-a-year Booze News position.”

Did he or the other commissioners criticize Witt, or ask for her to be de-funded?

“Oh, no, that is absolutely ridiculous,” Matricciani said. “We love Becky.”

Embry, likewise, said the visiting liquor commissioners were not there to criticize Witt.

“I didn’t take away anything negative about her,” he said. “They talked about the community liaison idea and talked about what they had done to correct Liquor Board issues and that was that.”

Embry also didn’t recall at first whether Witt’s work came up in the discussion. Reminded that Moore said Witt’s name was mentioned, Embry recalled telling the commissioners, “I thought a lot of the reforms we advocated came about because of her.”

“We had told the Community Law Center last year it was unlikely we would fund them for a fourth year,” Embry also said.

In her position, Witt’s Booze News played a major part in a possibly unprecedented moment in the agency’s 83-year history earlier this year.

With those three new commissioners – Matricianni, Moore and Aaron Greenfield – was there a feeling at Abell that there was no longer a need for a watchdog blogger, Embry was asked?

“There may have been a sense at the [Abell] board that there wasn’t as compelling a case as there had been,” Embry answered.

Multiple sources said that ex-Liquor Board chairman Fogleman was the main source of rumors that the commissioners pushed Abell to curtail Witt’s funding.

“Someone told me Fogleman was out approaching the media saying the commissioners were boasting that they killed the funding,” said Embry. “An interesting theory, but it’s not true.”

“They [the commissioners] would have been within their rights to come and make a case for it,” Embry added, “but that’s not what happened.”

Asked yesterday if he had shopped around the Abell story, Fogleman replied, “I don’t know what you are talking about.”