On June 27, 2013, after a hearing packed with 80 riled-up residents, the Baltimore Liquor Board rejected a license transfer request that would have allowed Brian McComas’ Crossbar der Biergarten project to move forward.

Eric T. Costello, then president of the Federal Hill Neighborhood Association, stood with residents who opposed a project that they said would worsen problems they experience from the surging Federal Hill bar district.

Yesterday Costello, now South Baltimore’s City Council representative, stood with the Crossbar team – led by its new lawyer, former Liquor Board chairman Stephan W. Fogleman – and said the scaled-back proposal would be “a good thing for the community.”

This time around the hearing room was almost empty. The only City Hall official to show up was James T. Smith Jr., chief of strategic alliances for Mayor Catherine Pugh.

FROM THE BREW ARCHIVES:

After a brief hearing, the three-member Liquor Board voted unanimously to approve the transfer of the Class BD-7 license from 1015-1019 South Charles Street, the former Joey B’s Bar & Grille, to the new location, 18 East Cross Street.

The green light from the commissioners came after two iterations of the beer hall plan using a different licenses had received denial, then approval then, after remand by the Circuit Court, denial again under the board led by then-chairman Thomas Ward. The validity of that license is currently pending at the Court of Special Appeals.

After four years of back-and-forth, the beer hall is expected to open in March.

“The oysters just taste so much better today for some reason!” crowed the Twitter account for McComas’ other business, the Ryleigh’s Oyster restaurants located in Mount Vernon, Timonium/Lutherville and Federal Hill.

Fogleman, with primary licensee Joshua Foti standing by his side yesterday, enthused about the beer hall which he said would serve “unique” beers and “spätzle, pork shanks and other German comfort food.” At the commissioners’ request, he recapped the license saga.

Four years earlier, “with different representation,” the Crossbar team had come to the panel with a proposal that included an open air beer garden and a nearly 300-person capacity, he said. There was strong community opposition and neighborhood associations were refusing to sign MOU agreements. 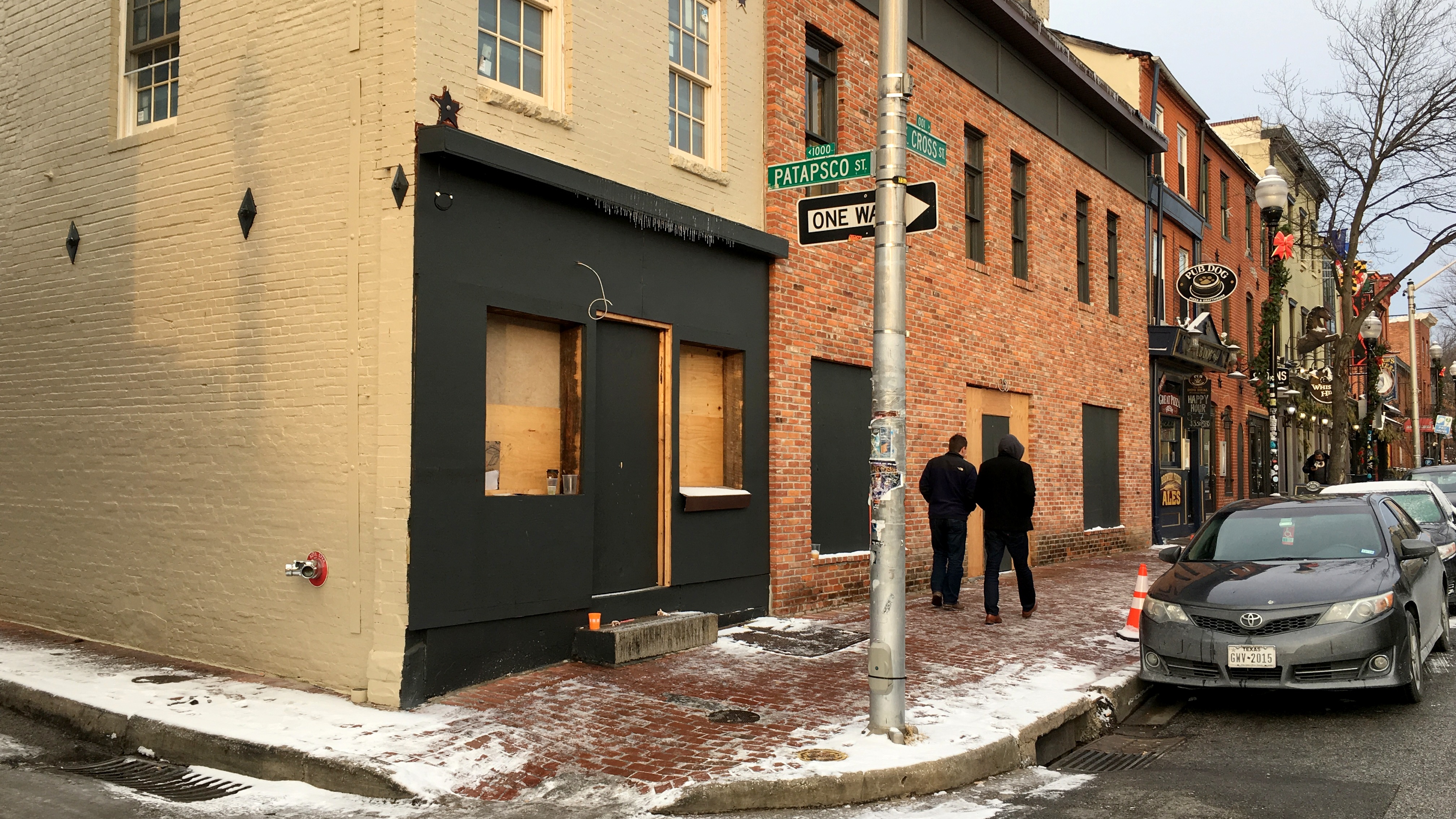 After four years of controversy, the Liquor Board has cleared the way for the Crossbar to open on East Cross Street. (Fern Shen)

Then a modified proposal that came with one group’s approval, the South Baltimore Neighborhood Association, won Liquor Board approval.

Remanded back by the Circuit Court, the project was turned down on September 25, 2014, the license declared expired.

“I spent more hours of my personal time involved in this issue than probably any other issue professionally in my life, thousands of hours” Costello told the board.

Costello called the Memorandum of Understanding hammered out with the community groups “without question from what I have seen at the Liquor Board the strictest MOU in the city of Baltimore.”

“This has been a long time coming,” the 11th District councilman added. “Well over $2 million in capital investment has been spent. . . I have never had less reservations about testifying for something.”

Fogleman said that, while the earlier license that Crossbar sought to use had been ruled dead, the current license they now asked to use had the proper “provenance.”

But the few opponents of the license transfer had a different view.

They argued that the license for Joey B’s, which closed in late 2013, is expired. Under state law, a license is expired 180 days after the business has closed unless a transfer application has been approved or is pending.

“This is a zombie,” said Henry Valeri, of Lee Street, who came to the hearing with his wife, Barbara Valeri, and sent a letter, signed by both of them, to the Board. “It’s been expired for over two years.”

The Liquor Board staff disagreed, citing hardship extension and transfer requests that they said keep the license alive. 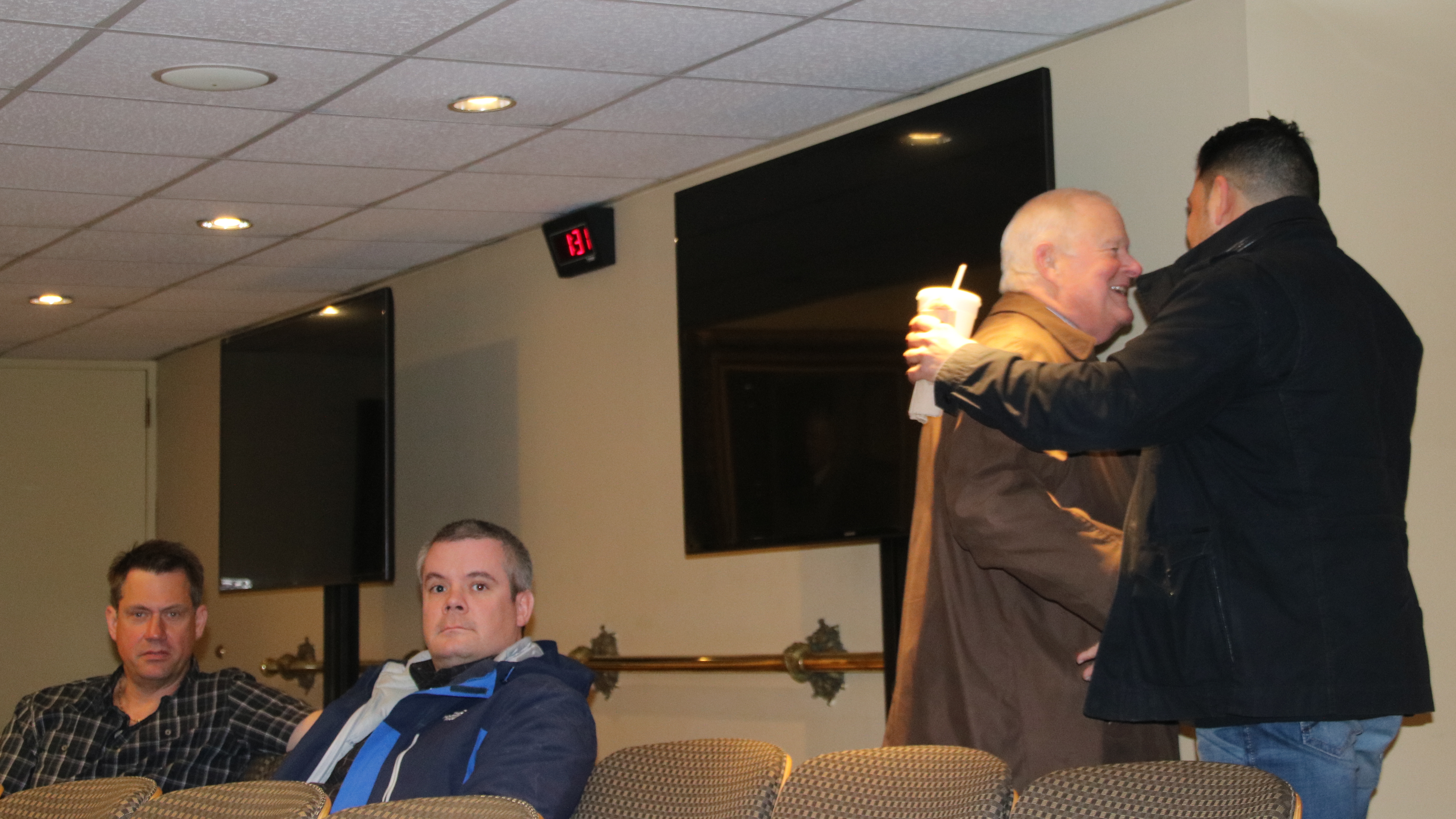 The complexities of those provisions “trip people up and I know it doesn’t seem fair,” but the license is valid, remarked Commissioner Dana P. Moore.

She said the transfer took advantage of a loophole in the system “where licenses could be – and have been – allowed to languish as long as the transfer application was filed and the agency doesn’t schedule the transfer for a hearing.”

“These aren’t legally zombie licenses, as Commissioner Moore pointed out, because they are not expired licenses,” Witt said. “But the effect for communities could be the same.”

Another argument raised by the Valeri’s is that the transfer should be denied because it would mean the business now holds two licenses, since the earlier license was under appeal and hence still alive.

Valeri pointed out that Liquor Board rules and Maryland law prohibit a single entity from holding more than one license. Matricciani replied that the Liquor Board rule had not taken effect at the time of the first license hearing.

As for the state law, “I’d have to look at the statute,” the chairman said.•