Pub crawls at Cross Street Market would be explicitly banned but alcohol could be served until 11:30 p.m. on weekends, under a bill amendment released to the public today.

In the latest twist in the saga of the off-again, on-again overhaul of the Federal Hill fixture, 46th District lawmakers yesterday released a draft of the special “public market license” that developer Caves Valley Partners (CVP) has wanted them to create.

They also disclosed details of the new plan that Caves Valley-controlled CSM Ventures LLC has offered after their first one drew criticism: now the market will not shut down during renovation and current vendors’ leases are extended until Sept. 5 when the renovation would begin.

Critics of the Towson-based company’s makeover plan for the city-owned market have frowned on the market license, saying the bar-rich South Baltimore neighborhood should have a more family-friendly traditional city market.

But even as the lawmakers acknowledged that “40 licenses presently exist” in the area, they said the revamped market needs liquor too.

“One piece of a high-functioning, modern public market is a well-crafted liquor license,” said the emailed statement by Sen. Bill Ferguson and delegates Luke Clippinger, Robbyn Lewis and Brooke Lierman. “From our conversations with CVP, we understand that the last thing they want is to create a Market with a party atmosphere.” 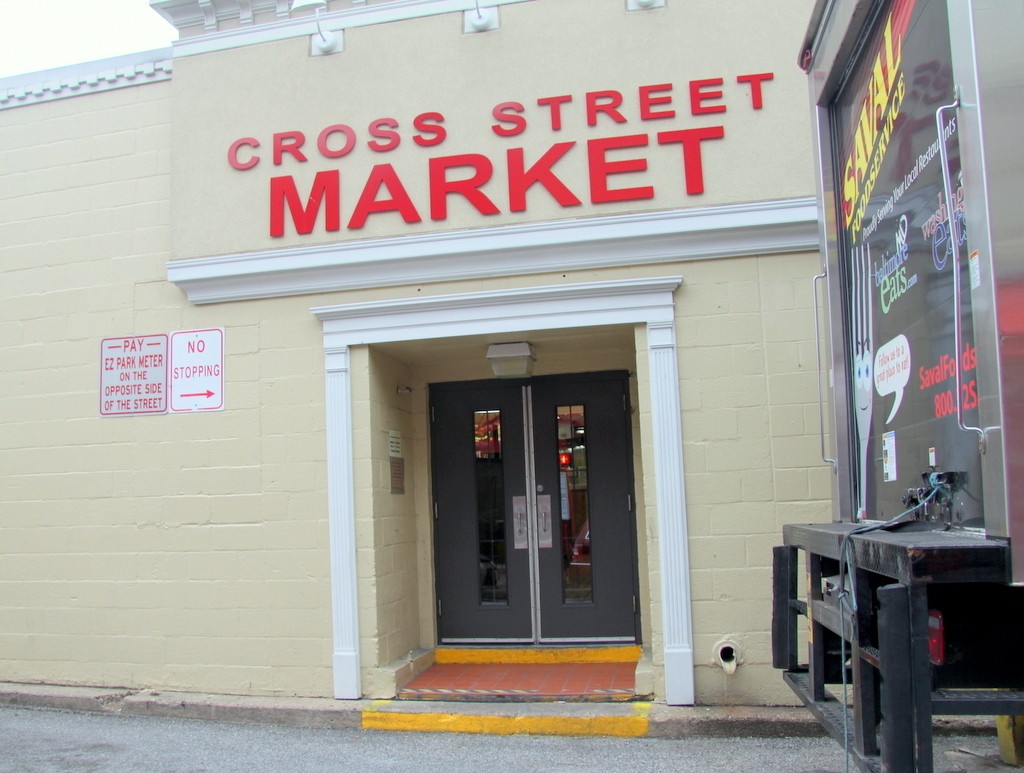 Cross Street Market would have its own market-wide liquor license under draft legislation. (Fern Shen)

Among several restrictions in the proposed new license, the amendment:

• Limits the floor space of the portion of the market where alcohol may be served to “20% of the leasable tenant area.”

• Allows for the serving of alcoholic beverages other than beer and wine, as long as that liquor is served in mixed drinks and sold for no less than $5 per drink.

• Excludes Nick’s Seafood from the special license, allowing the establishment to retain its license.

• Says that 65% of the sales from the remainder of the market must be from items other than alcoholic beverages.

The legislators’ email noted that they were contacted by “hundreds of residents who support the renovation,” referring to the online petition drive and rallies that have taken place and been cheered on by the developer.

Even this campaign, has sparked controversy, with some raising questions online about whether one of the organizers, who has a public relations and marketing business, was paid by the developer.

“We are in no way connected to or paid by CVP,” replied Jameson Fielding Chalmers, writing on the Facebook page of the Otterbein Community Association, which he heads.

“Although if you know someone who wants to give us some paid business we’d take it!” he quipped.

While yesterday’s announcement represented progress for the vendors, at least one of them was crying foul.

Big Jim’s Deli, the other current vendor with a liquor license, would see its license expire on July 1, 2020, under the draft bill.

“I think this is bullshit. I have been here with a liquor license since 1983 and I have had no issues,” Epsilantis said. “It’s discrimination. They just basically want me out. It’s so blatant.”

The establishment’s Class B restaurant, beer and wine license would essentially eventually disappear under the amendment.

“I was supposed to have a business to sell at the end of all this,” she said, livid. “This is my little 401K.” 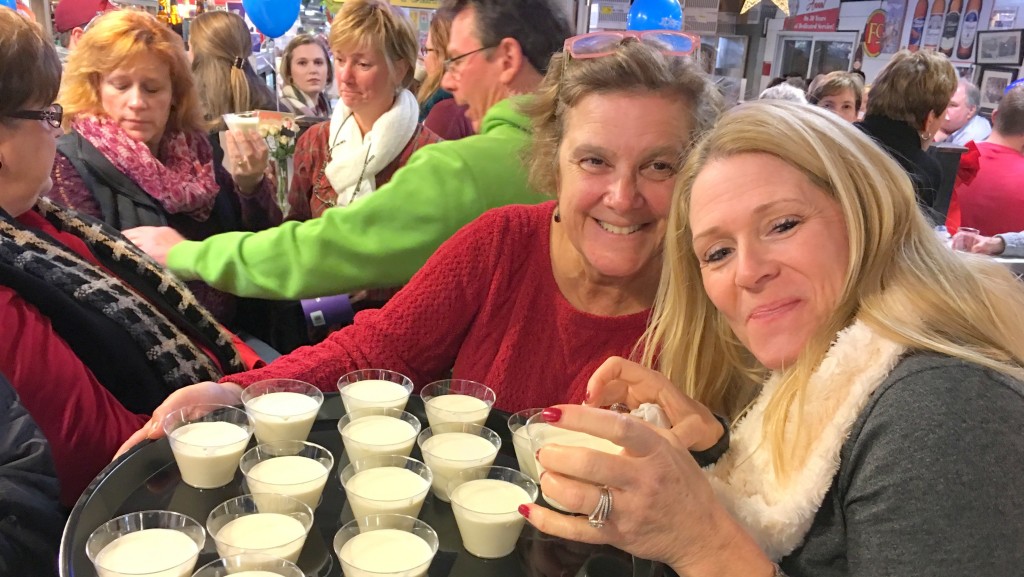 CSM Ventures met with the vendors last week offering to let the merchants stay permanently, though they have not said what their rent would be after that.

“They want the merchants’ support in return,” said their attorney John C. Murphy.

The other group unhappy at this juncture are the bar and restaurant owners in the area who say the the market license as currently written would significantly hurt their businesses.

“We’re concerned some are going to go under,” said one owner, who did not want to be quoted by name while the Federal Hill Hospitality Association is negotiating changes.

He said the 11:30 pm weekend closing time is their main complaint.

“Instead of coming out of there and going into another place, at that hour [patrons] might just go home,” he said.

He said the license as written is “very generous,” in part because its food-to-drink ratio applies to the whole market, not just to the businesses serving alcohol.

“When the rest of us apply for changes we get put through the ringer and have to negotiate MOUs and these people will be able to just walk in,” he said. “They’re giving them a very generous deal.”