Johns Hopkins University today posted maps of the zones it could potentially police around its three Baltimore campuses.

The boundaries – which became a matter of much public speculation after they were created and approved by city senators last week – verify the maps that The Brew posted for readers last Thursday.

The latest maps contain the “Clery Act” boundaries (red lines around green shading) where armed Hopkins police would be able to patrol and make arrests.

The dotted black lines around the Clery boundaries are the areas where Hopkins police could patrol if such policing is approved by the community and a resolution of the City Council.

The approval process is vague in the current legislation (SB 793) and subject to change.

Members of the city’s House delegation are expected to vote tomorrow on their own bill (HB 1094) that, at present, does not contain the community boundaries.

Instead, it allows the police to cover any property “owned, leased, operated by or under the control” of JHU as well as “public property that is adjacent to the campus, including a sidewalk, a street or any other thoroughfare, and a parking facility.”

It is widely expected that the House bill will incorporate the geographic boundaries of the Senate bill and be approved by the city caucus.

Hopkins says a police department – the first sought by a private educational institution in Maryland – is needed to combat rising crime around its campuses and will relieve Baltimore City Police of some patrol and arrest duties. 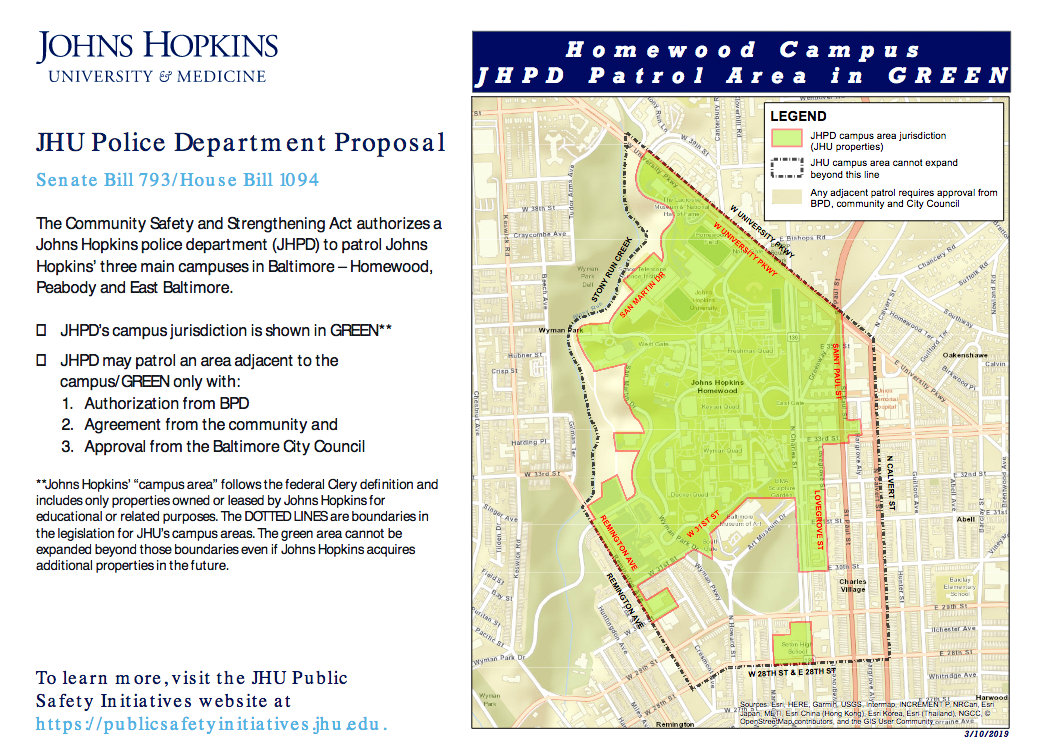 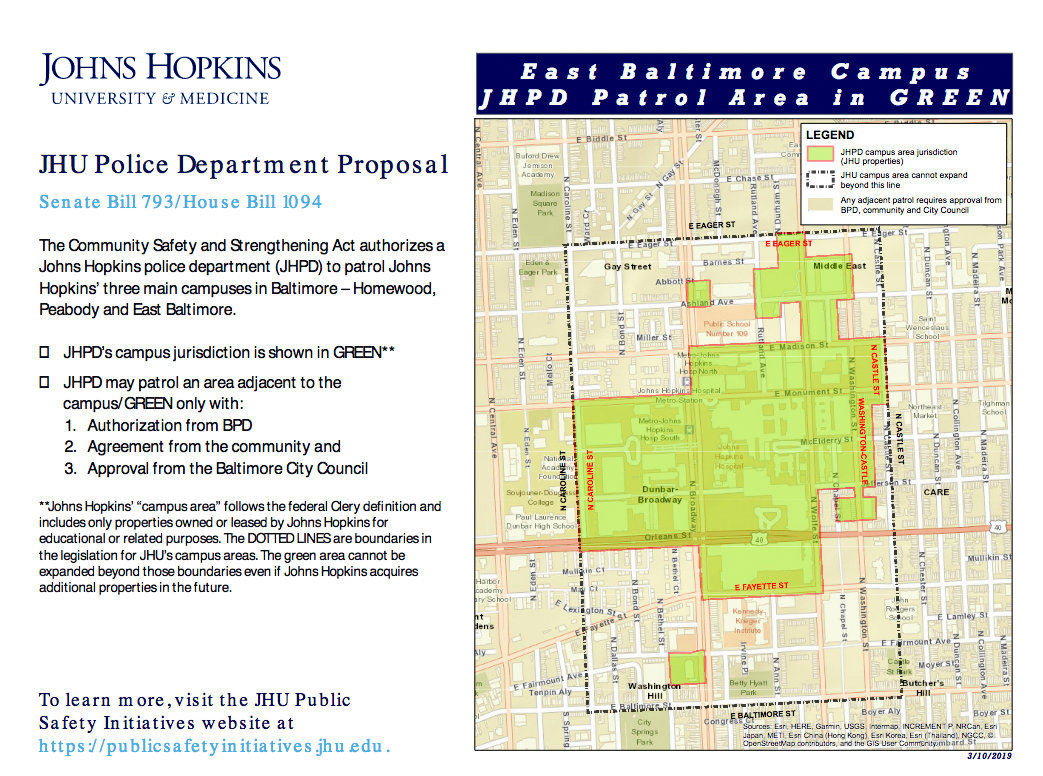 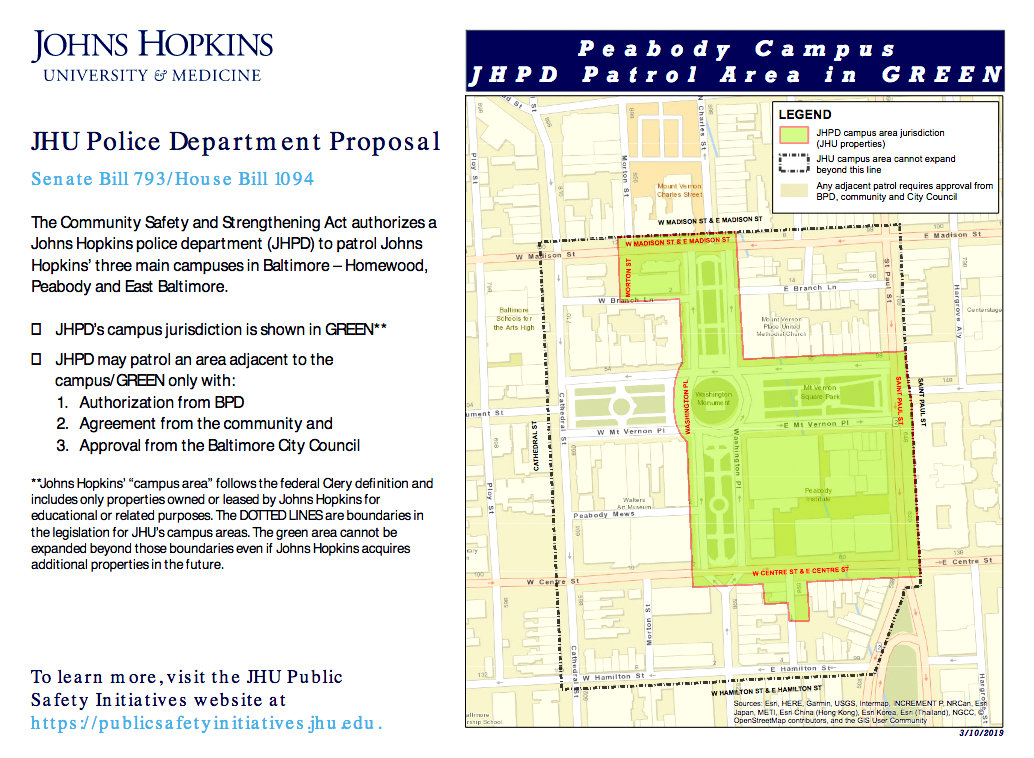