Curtis Brown never thought the simple act of sitting on a Maryland Transit Administration (MTA) bench would catapult him violently against a plexiglass window.

But then again, he didn’t expect to find a bench fully detached from its concrete moorings, making it a perilous seesaw for anyone who sat on either end.

On the morning of May 30, Brown was flung off the bench, at North Avenue and McCulloh Street, while waiting for an eastbound MTA Gold bus.

Unable to get up, the 68-year-old was transported by ambulance to the UMMC Midtown Campus, where he said he was treated for “busted open knuckles,” skinned hands and bruises on his back.

Ten days later, on Saturday, June 8, he returned to the shelter only to find the bench still without anchor bolts or screws.

Outraged, he called a Brew reporter. When the reporter arrived, there were two people  balanced gingerly on either end of the bench. Surrounding them were cigarette butts and unswept rubbish.

Both Cheryl Deale and William Murphey said they had previously experienced the bench’s treachery. 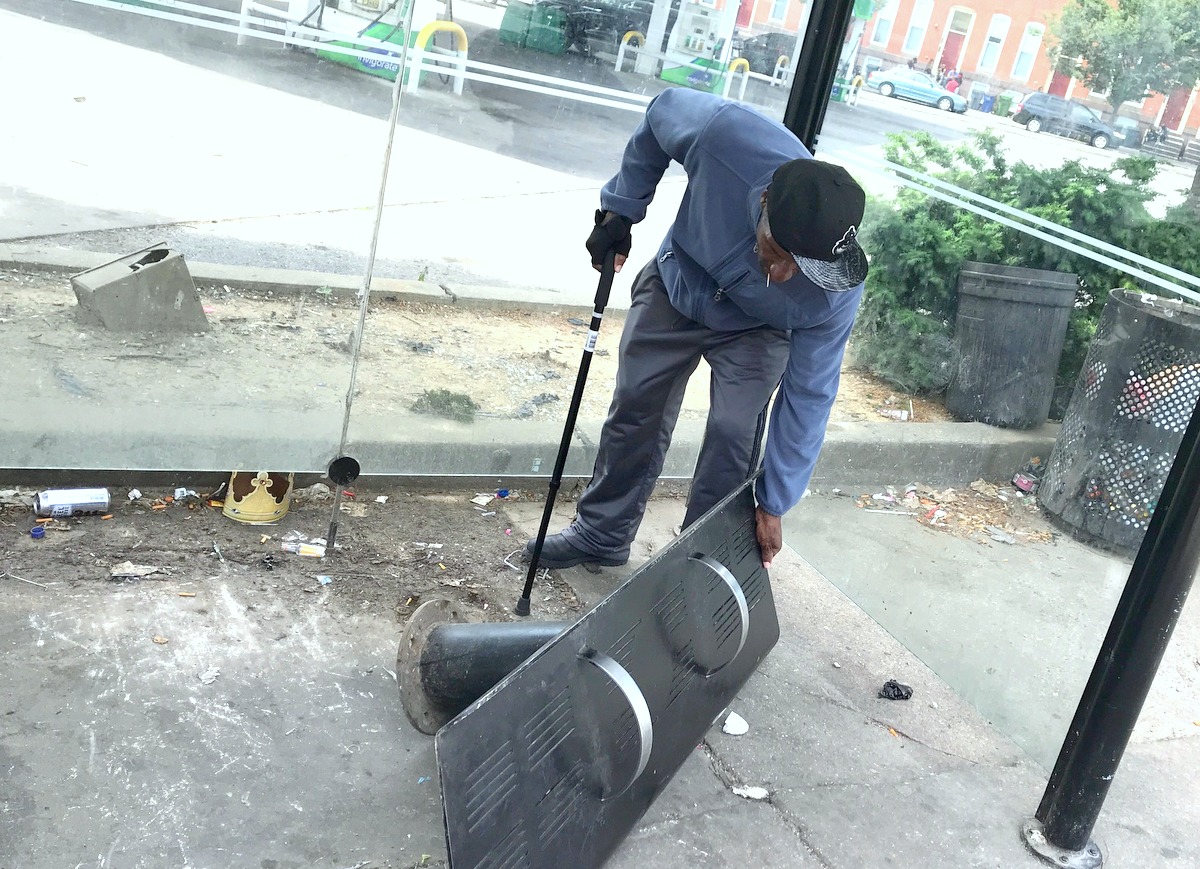 Curtis Brown, wearing a wrist brace and holding a walking cane, looks at the bench that was pushed over on Saturday to protect other MTA riders. (Mark Reutter)

Deale said she fell off the bench last week and “hurt my back and my butt,” while Murphey said he “whacked” his elbow and wrist on Friday when he tried to catch himself from falling on the grimy concrete.

Standing nearby was Paul Johnson.

“I got smashed up last Wednesday,” he said. “I got a bump on the back of my head from hitting the glass. I said, ‘Lordy, what is going on?’ Then I looked at the bench and saw it had no screws holding it up.”

I said, “Lordy, what is going on?” Then I looked at the bench.

None of the passengers said they reported the problem. There is no phone number or email address visible on the shelter.

Believing the bench was the city’s property, Brown went down to City Hall and filed an injury claim. He said no one told him the shelter was the property of the MTA.

“This is terrible,” said Brown, who still wears a wrist brace from his fall. “I don’t want to see the next person go through the same thing I went through.”

On Saturday, the bench was placed on its side to protect future bus users.

On Monday, The Brew reached out to the MTA for an explanation.

So far, no response. 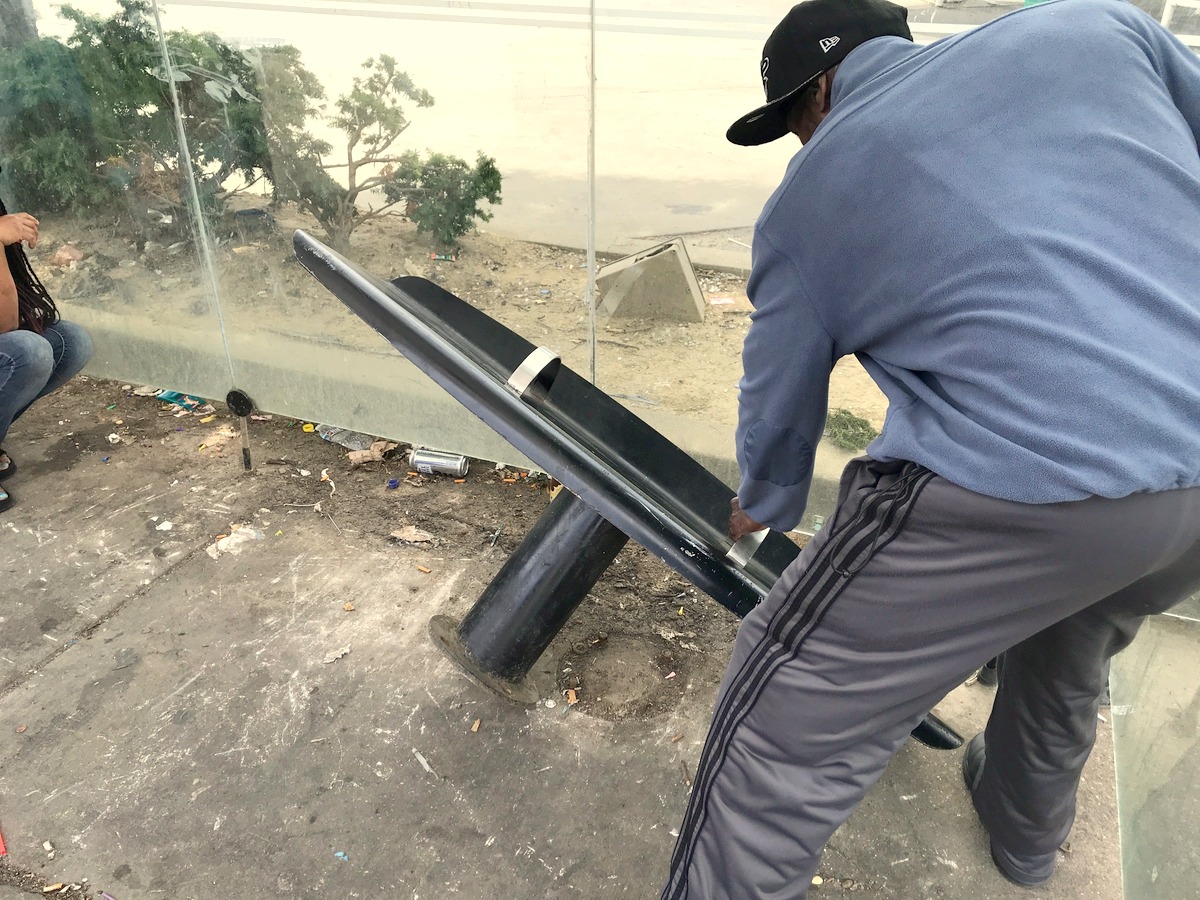 Curtis Brown shows where the column base should be attached to the sidewalk. (Mark Reutter)