In a last-minute move that took many advocates by surprise, City Council President Brandon M. Scott last night delayed a key vote scheduled on a bill to end Baltimore’s use of “gag orders” in police misconduct settlements.

Bill 19-0409 was on the agenda for a second reader vote at the Council meeting, but Scott ordered it postponed until the body meets again on October 7.

“Per the president’s office’s request, we’ll hold this over until the next meeting,” Public Safety Committee chairman Isaac “Yitzy” Schleifer announced.

There was no discussion after the brief announcement, and the body moved on to other matters.

“Nothing is changing,” Council President Scott vows, on a bill that’s under strong pushback by the Young administration.

Asked afterwards why the vote was canceled, Scott said it was “to discuss some things with the sponsors.”

“We just want to make sure we dot our i’s and cross our t’s,” Scott said. “Nothing is changing on the bill.”

But the future passage of the measure – opposed by Mayor Bernard C. “Jack” Young  and backed by Scott, a 2020 mayoral candidate – appears dependent on certain political considerations.

Most important are whether Young gets in the mayoral race against Scott and whom Young backs for City Council president.

Advocates had painted a simpler picture of the bill’s trajectory after wrenching testimony at a September 16 hearing, cheerng when the Public Safety Committee voted unanimously to move 19-0409 forward.

A coalition of justice groups has pushed for the last year to get the Council to prohibit the city from requiring police misconduct claimants to sign non-disparagement agreements (NDAs) or “gag orders” to receive a financial settlement.

Councilwoman Shannon Sneed – with high-profile support from Scott and the co-sponsorship of all the members except for Eric Costello and Sharon Green Middleton– introduced the “Transparency and Oversight in Claims and Litigation” bill in July.

The gag order opponents had gotten a major boost the week before when the U.S. Fourth Circuit Court of Appeals in Richmond struck down Baltimore’s policy, declaring the NDA’s “hush money” that violates the First Amendment rights of victims and of the press.

That ruling came as a major milestone in a lawsuit filed by the ACLU of Maryland on behalf of claimant Ashley Overbey Underwood and this website, Baltimore Brew. 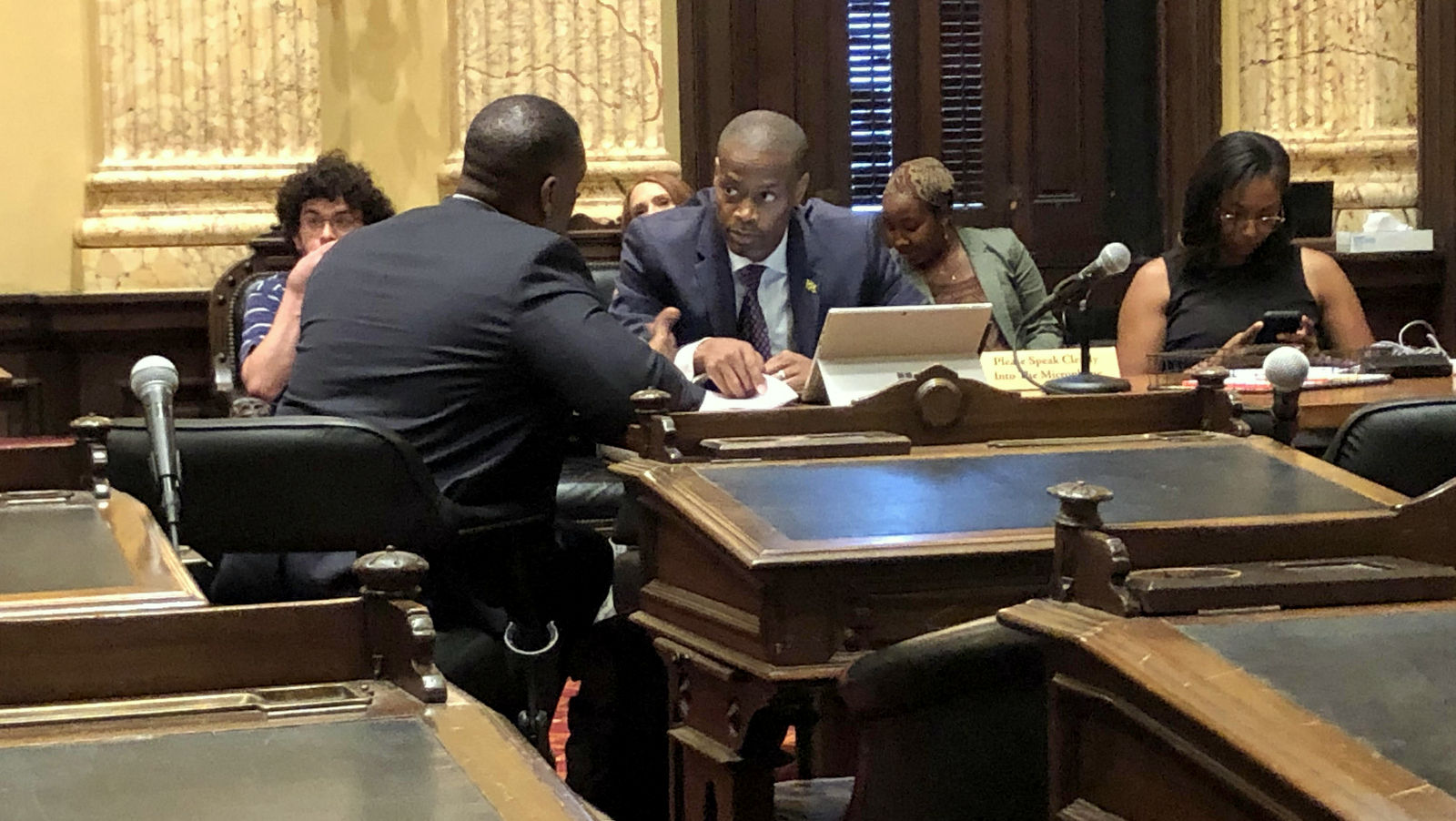 Despite the court ruling, the Young administration opposes both the lawsuit and Scott’s bill.

City Solicitor Andre Davis says the administration will continue to use modified NDAs in police settlements, a stance the ACLU says flies in the face of the Fourth Circuit ruling.

As for the gag order bill, Mayor Young has signaled he will veto it, which led to last night’s delayed vote that gives proponents more time to solidify the 12 votes needed to override a veto.

This means the full remainder of the Council is needed for an override to succeed.

One former sponsor who is now thinking of voting “no,” The Brew was told by City Hall sources, is Leon F. Pinkett III.

The 7th District representative recently announced he is seeking the City Council presidency in next April’s Democratic Party primary.

If Young – who has yet to declare his own candidacy – endorses Pinkett, the latter would be reluctant to oppose his ally on such a high-profile issue.

If, however, Young backs a Costello bid for Council president  – as discussed by the two camps over the summer – that could conceivably leave Pinkett free to side with Scott and against the gag orders.

Another possible scenario is for Scott or others to add amendments to the bill at the next Council meeting.

Possible floor amendments could weaken the bill’s blanket prohibition on NDAs or water down its public reporting requirements.

Such floor amendments could include language that weakens the bill’s blanket prohibition on NDAs (currently extending to both police misconduct and illegal discrimination cases) or water down public reporting requirements for settlements.

Whether such potential changes could make the bill veto-proof is all part of the unfolding chess game. 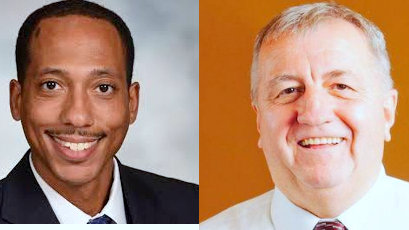 Councilmen John Bullock and Ed Reisinger are said to be under pressure to switch sides on the gag order bill. (Facebook and Twitter)

Pinkett is not the only councilman in potential play.

Several other bill sponsors – in particular, John Bullock and Ed Reisinger – are said to be having second thoughts about the gag order ban.

Presuming that the Council does pass the bill on second reader on October 7 and on third and final reader at its October 28 meeting, Mayor Young then has the choice to sign it, let it become law without his signature or veto it.

All of which means that over the next few weeks, Young, Scott and the justice coalition will be working hard – wielding sticks and dangling carrots – at the 14 legislators who occupy City Hall’s fifth floor.