“Every morning our family has to decide who gets to use internet,” said Kimberly Vasquez, a student organizer with SOMOS, a student group at Baltimore City College, at a press conference and rally outside of City Hall.

She and others said some students do their homework using free Xfinity Wifi hotspots in parking lots.

Comcast had already taken some of the actions SOMOS has demanded on Friday, but did not go as far as the students wanted.

The company increased speeds of the Internet Essentials program for low-income residents, extended the enrollment period for the program from May 13 to June 30, and made many hotspots public.

It also announced it wouldn’t shut off service for failure to pay through June 30. Comcast announced in March that new Internet Essentials customers would receive two free months, after which the service costs $9.95 per month.

In a letter sent to Comcast last week co-signed by more than 100 individuals and organizations, SOMOS students said they recognized Comcast’s efforts to increase internet access in Baltimore, one of the country’s least-connected big cities.

But leaving any student unconnected is unacceptable, they wrote. “Baltimore City’s young people are being denied their human right to learn and work, We believe this crisis demands more of all of us.”

SOMOS, which stands for Students Organizing a Multicultural and Open Society, made three demands: faster internet for families on Internet Essentials, a longer period of free internet for those families, and more free WiFi hotspots.

They asked for these accommodations until two months after students return to classrooms, a much longer timeline than the June 30 end date the company set.

Comcast also did not commit to providing more than two free months to Internet Essentials customers.

“That half-help is not the corporate responsibility that’s gonna help us get through this,” state Delegate Stephanie Smith said, speaking at news conference today.

Misty Allen, Comcast’s Beltway Region vice president, said the company has been an industry leader in providing internet to low-income Americans and has taken greater steps than most internet providers in North America.

“Comcast shares your concerns and agrees that all American children should have Internet access in their homes,” Allen wrote in a letter to SOMOS following their press conference. “This is a core value and commitment from our company.” 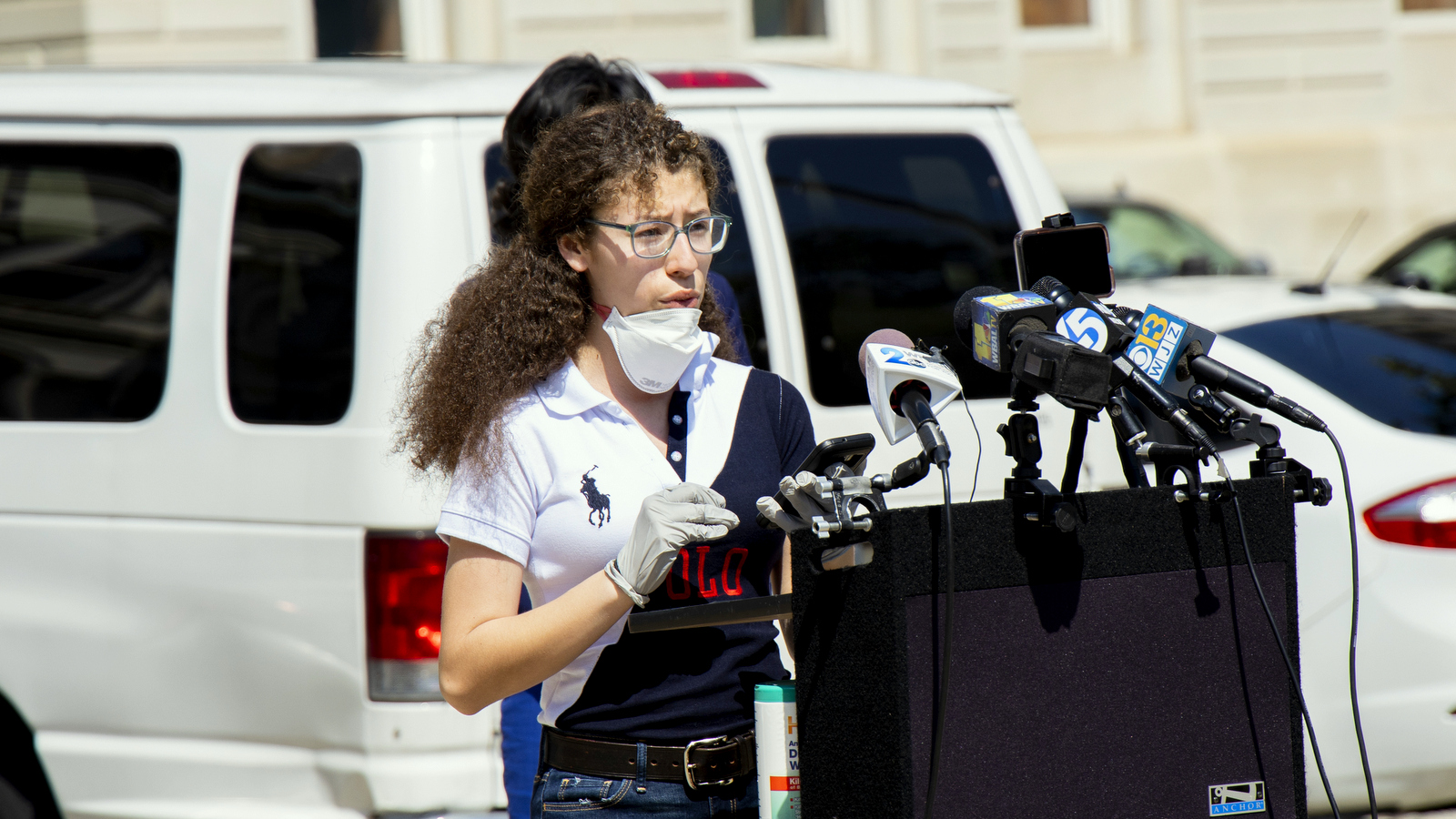 City Councilman Zeke Cohen placed the issue of digital equity in the context of housing discrimination.

Cohen has been the Council’s loudest voice in the push to close the digital divide. Last month, he and Council President Brandon Scott secured $3 million from the Baltimore Children and Youth Fund to fund more devices and internet connections to students.

“The reality is that we live in a city where internet has been redlined,” Cohen said today. “If you can’t get online, you can’t learn.”

Smith echoed Cohen’s statements, saying those who are offline are cut off from civic life.