Criticized for cronyism and corruption, leaders of Maryland’s dominant political party have been pressed for years to change the rules that allow vacant legislative seats to be filled with Democratic Party loyalists and powerbrokers.

The calls were especially loud earlier this year when Chanel Branch, daughter of House Majority Whip Talmadge Branch, was installed in the 45th District seat of disgraced former delegate Cheryl Glenn at a meeting from which reporters were at first barred.

Branch herself broke the 3-3 tie that put her over the top.

Critics have called for state political parties to bar elected officials from serving on these powerful bodies that create new lawmakers with the snap of their fingers. Legislation has sought to mandate special elections for open seats.

Last night, though, it was clear that little had changed, judging by the vote breakdown as a Democratic committee selected attorney Marlon D. Amprey to fill the 40th District seat opened up after Nick Mosby was elected City Council President.

Amprey won by a vote of 4-3, with three votes coming from Mosby colleagues on the Council: John Bullock, Phylicia Porter and James Torrence.

Orchestrating Amprey’s campaign behind the scenes was the senator representing the 40th, Antonio Hayes. (City Hall was also on Amprey’s side – Mayor Brandon Scott is a supporter of the 33-year-old lawyer, who sits on Scott’s transition team.)

Hayes did not participate in the virtual meeting and did not return a phone call from The Brew. But he was called out by name at the end of the meeting by a person who did not vote for the senator’s favored candidate.

Crystal Jackson Parker was one of the three members of the committee who cast their vote for Joshua Harris – a striking move since she was one of the 14 candidates who were interviewed for the vacancy last night and could have voted for herself.

A former Green Party candidate for the seat in 2018 and before that a mayoral candidate, Harris had submitted a 14-page application for the vacancy and gave a poised, detail-heavy performance that clearly commanded the attention of some on the committee.

“I cast my vote for the absolute best candidate. Great interview, did all the work required – that’s Joshua Harris, hands down,” Cooper said. Also voting for Harris was Sherelle R. Witherspoon.

After tallying the results and declaring Amprey the winner, Baltimore Democratic Central Committee Chairwoman Karenthia A. Barber said she would send Amprey’s name to Gov. Larry Hogan, who has 15 days to confirm or reject the committee’s choice.

The vacancy in the 40th drew a hefty pack of candidates who answered a series of questions about their approaches to Covid-19, constituent service and other matters at the marathon meeting.

In addition to Amprey, Harris and Parker, the group of hopefuls included:

Several demonstrated a long record of service, citing specific initiatives in the 40th District, which includes neighborhoods in west and southwest Baltimore, among them many of Baltimore’s most challenged.

“We are there when the mothers are crying because their sons were shot, we see the blood on the ground,” said Parker, discussing her work on the Clean & Safe Campaign of the North Avenue Task Force among other efforts. 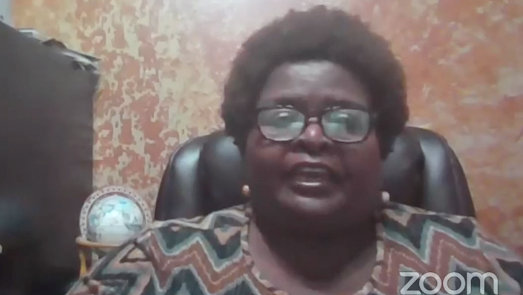 Janet Allen, who has lived in the district for 18 years and is president of the Heritage Crossing Association, also spoke of extensive community work. She said efforts like the Central West Gateway Project that she led helped stabilize home ownership and attract new residents to the community.

A supermarket or a business that offers jobs are not amenities, but necessities, Allen said, adding one more benchmark: “I would like Domino’s to deliver to my home.”

Asked one of the committee’s standard questions about the number of  hearings he has attended, Marker cited several, including his unsuccessful effort in the 1980s to put state spending on the Camden Yards sports stadiums to a referendum vote. 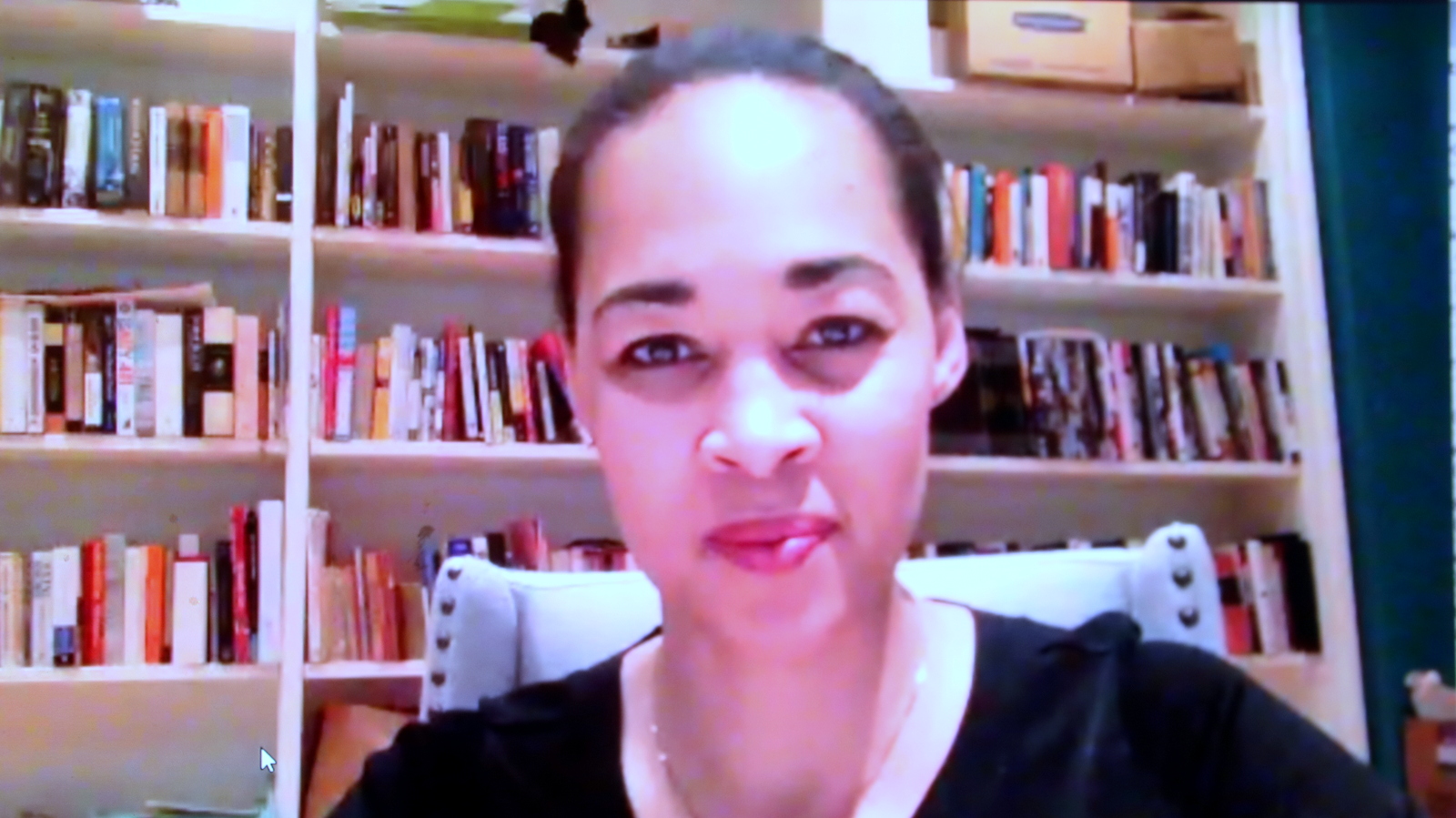 Other candidates signaled that they plan a future in local politics, among them China Boak Terrell, CEO of American Communities Trust, which seeks to create inclusive economic development projects for low-income residents.

Terrell, who said her work has “brought $13 million into Baltimore’s lowest-income neighborhoods,” announced that she is already planning a run for the 40th District seat in 2022.

“The ways of old Baltimore politics have to change,” said Terrell, who also leads the Baltimore Pumphouse redevelopment project in Broadway East.

“Voters are not looking for native sons necessarily to claim the title to the throne,” she observed. “Voters want sons and daughters of truth and change.”

When Amprey’s turn came, he began with a brief rundown of his career, which included teaching for a spell at the SEED School in Baltimore. He also invoked his local credentials.

As part of a family that includes the late Walter G. Amprey, a former Baltimore school superintendent, he noted, “My family has worked, lived and served the district for over 70 years. I want to continue that legacy.”

An associate at Cole Schotz, who has degrees in law and business from the University of Pennsylvania, Amprey said his work “in corporate America” will help him “craft legislation that will allow me to improve everyone’s lives in the district and ensure that we have opportunity for everyone.”

“My family has worked, lived in and served the district for over 70 years”  – Marlon Amprey.

He called for equal access to the Covid-19 vaccine for front-line workers, nursing home staff and incarcerated people, noting that his grandmother died this month after contracting the coronavirus.

How does the job of filling open seats in the Maryland General Assembly come down to the decision of seven-person panels operating under party rules?

It hasn’t always been that way. Until 1936, special elections were called to fill legislative vacancies.

Since then, Maryland has used the central committee system, which gives power over open seats to political parties, rather than to the voters.

This system enabled Nick Mosby who, failing to excite Baltimore voters, won higher office thanks to his own 40th District 4-3 committee vote.

After his 2016 mayoral bid polled in the low single digits, Mosby dropped out and backed then-senator Catherine Pugh. Soon afterwards, Mosby’s political career was revived when the central committee chose him to fill the vacancy that opened up when Pugh won.

(The panel had previously selected a young Pugh aide, Gary Brown Jr., to take over the seat. But Brown’s name was hastily withdrawn after he was indicted in a prelude to the “Healthy Holly” corruption scandal that eventually brought both him and his boss down.)

Critics like to point out that the committee system has produced a legislature in which approximately 1 in 5 of members got their seats because party officials chose them, not because they won the popular vote.

Calling for an end to “sham votes” earlier this year, Maryland Green Party co-chair Andy Ellis and 45th District resident Tiffany Jones supported moving back to a system in which special elections are used to fill vacancies.

“We can’t continue to let small cliques control the city,” they wrote in a Brew op-ed, supporting bills that would require special elections to occur at the next statewide election in the case of a vacated seat. 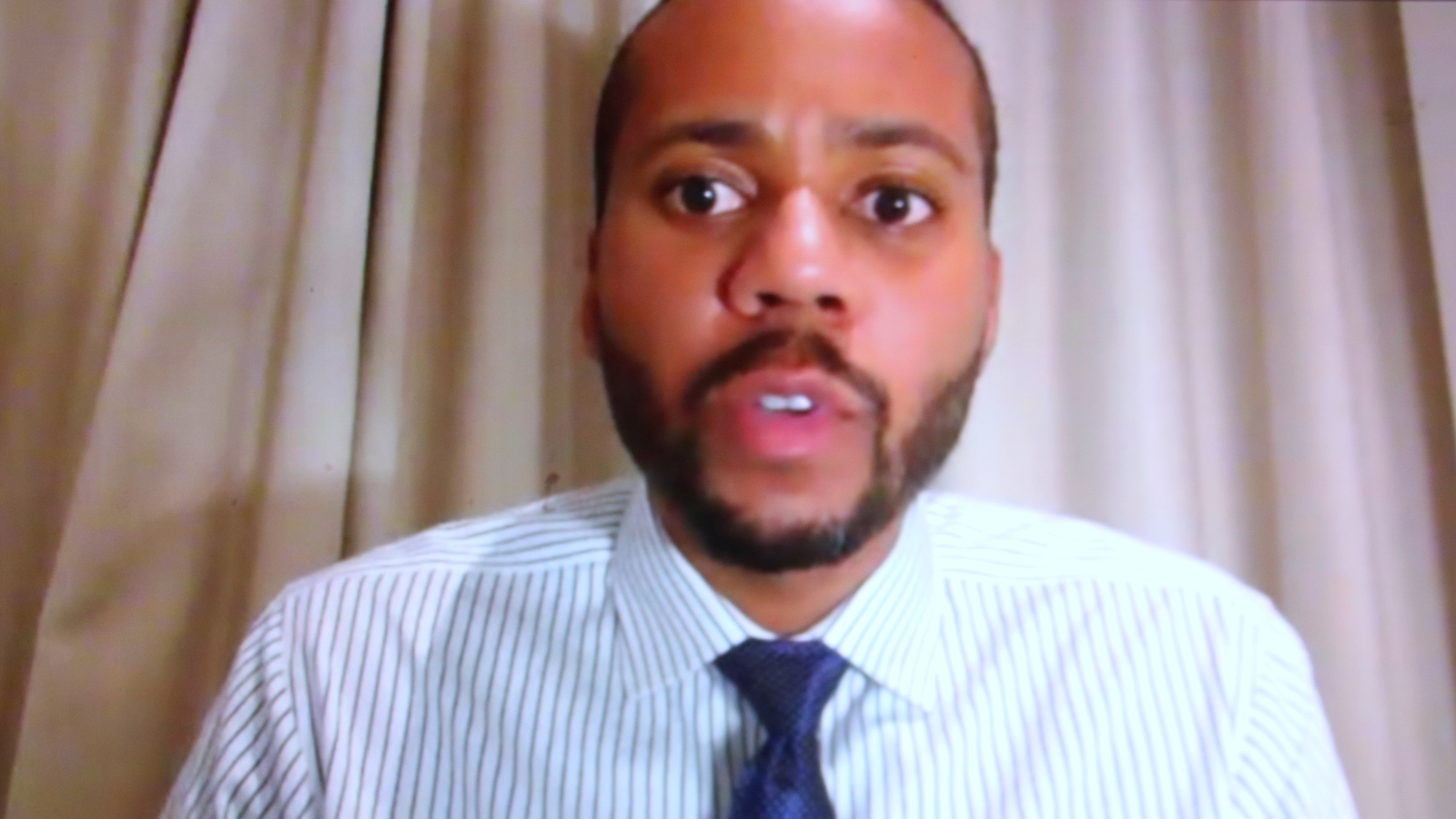 In a statement to The Brew today after his 2nd place finish last night, Harris touched on the same issue.

“I am disappointed as I believe I am the person with the most legislative experience and most consistent track record,” he said, offering Amprey his congratulations.

“The greater issue at hand,” he continued, “is the archaic central committee selection process that embodies cronyism and needs to be changed.”

Currently communications and government relations director for the Prince George’s County Educators’ Association and vice president of Baltimore City NAACP, Harris said he has been working toward assembling a winning presentation to the selection committee.

His application packet includes references from leaders of the Baltimore Teachers Union and the city branch of the NAACP as well as the executive director of the Maryland Consumer Rights Coalition. He spoke of his work in the community through Hollins Creative Placemaking and his involvement in negotiating a community benefits agreement as part of a TIF public financing package.

Citing titles and bill numbers, he listed legislation he lobbied for in various capacities over six sessions in Annapolis, including the body cameras-for-police officers bill and education funding measures introduced in response to the Kirwan Commission.

With the pandemic, he told the panel, “there is urgent legislation that needs to move this session.”

“They have their instructions”

According to organizers, the meeting had 100 participants on Zoom and another 100 on Facebook, where the meeting drew some 250 comments.

Some of them lauded particular candidates, while others offered barbed commentary on the preordained nature of the outcome.

“If you don’t think each of the seven already know how they’re going to vote, you’re either slow, naive or disingenuous,” remarked at-large 40th District Committee member Mark McLaurin.

“They have their instructions,” he observed.