The money comes through an amended agreement between the state and Baltimore’s Department of Transportation, which is set to be approved today by Mayor Brandon Scott and the Board of Estimates.

The award is expected to pay for roughly half of the system’s operating costs in 2020 and 2021 as well as subsidize the Harbor Connector, a city-run water taxi serving Canton, Tide Point and Federal Hill.

Started in 2008 by then-Mayor Sheila Dixon to reduce downtown traffic congestion and connect remote parking lots to visitor destinations around the Inner Harbor, the Circulator originally ran east-west along Pratt and Lombard streets and north-south between Federal Hill and Penn Station.

Deploying hybrid electric buses, it was environmentally friendly. With 10-15 minute headways, it was frequent. And with dedicated funding from a portion of parking tax revenues, it was apparently solvent.

The shuttle service was an immediate hit. 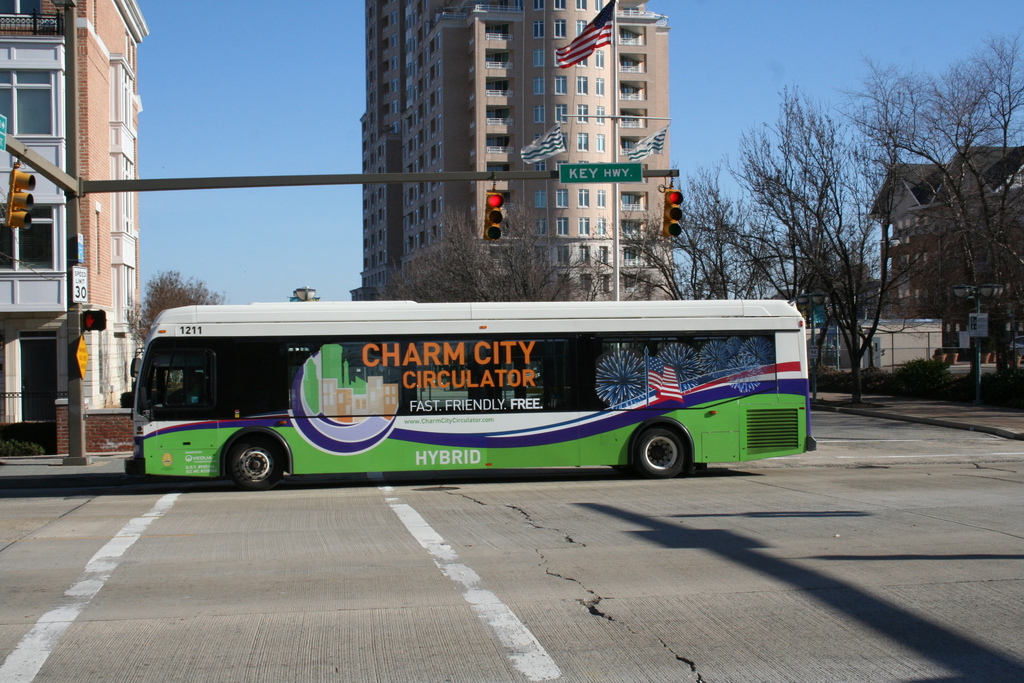 It boasted 2.1 million single-trip riders in 2011. With more routes added, ridership grew to 4.35 million in 2014 when the system veered badly off course.

• the hybrid motors inside the festively vinyl-wrapped buses broke down, forcing many out of service,

• a Bureau of the Budget report revealed that the system had run up $11 million in deficits going back to 2009.

As The Brew noted at the time, the city was urged by a consultant to cut the Circulator’s scope or to charge a fee to riders. Instead, the Rawlings-Blake administration kept the popular Banner Route running in South Baltimore and extended the Purple Route north to Johns Hopkins University’s Homewood campus. 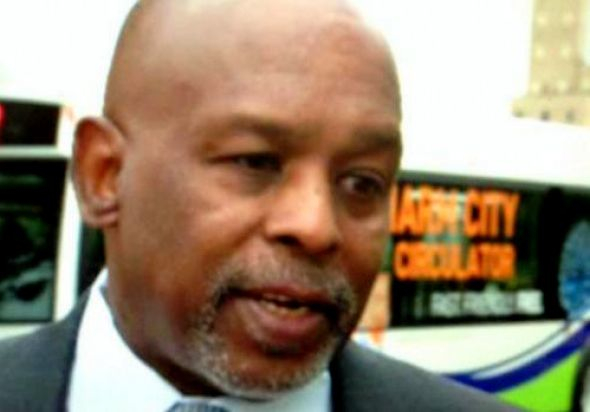 DOT’s former Circulator chief, Barry Robinson, was sentenced to a year and a day in prison for accepting $90,000 in bribes and stealing bus shelters. (Brew file photo)

Since then, the system has been on a downward slope, beset by slumping patronage while a rising chorus of critics accused the program of unfairly benefiting “White L” communities in north and south Baltimore, while bypassing poorer Black communities to the east and west, who had to make do with state-operated MTA buses – and pay for the privilege.

By then, DOT had parted ways, acrimoniously, with its longtime vendor Transdev and signed a three-year, $26 million contract with a Rockville-based outfit called RMA Worldwide Chauffeured Transportation.

The move did little to improve service or to stanch the loss of passengers. And the coronavirus pandemic that swept across the city and nation last spring only added to the system’s long-term woes.

To cut corners, DOT has “paused” the acquisition of four new buses, which has upended its stated goal of returning service to 15-20 minute headways.

Riders complain on social media of long gaps in service and no reliable schedule. An assortment of leased black-or-white RMA mini-buses and branded Circulator vehicles will show up at street corners when they show up.

Last May, several drivers told WMAR News that the fleet was not being properly disinfected to combat Covid-19 and working conditions were poor. An RMA official denied the charges and said the company was following CDC guidelines.

As a councilman, Brandon Scott criticized the Circulator and introduced legislation that requires city programs to undergo an equity analysis.

The law compels agencies, such as DOT, to “develop policies, practices and strategic investments to reverse disparity trends based on race, gender or income.” Each agency is required to implement an equity action plan. 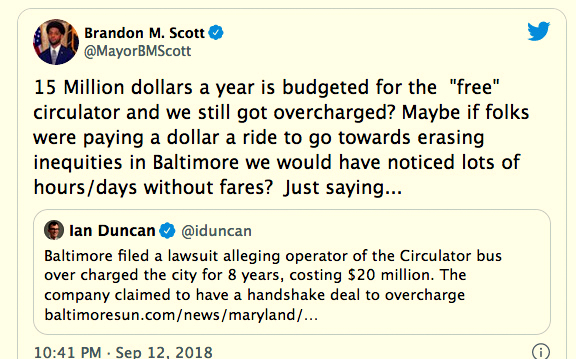 Brandon Scott tweets in 2018 about the equity of the free bus service amid the Pugh administration’s legal wrangling with Transdev.

As the incoming mayor, Scott had not yet articulated a plan to reconfigure, revive, downsize or charge fares for the bus service.

“He will certainly be taking a careful look at the Circulator in terms of equity,” she said last night. “He will consider it in terms of overall transportation in our city and how people can reliably get to work.”

As soon as next week, the mayor’s office hopes to release the recommendations of the transition teams. 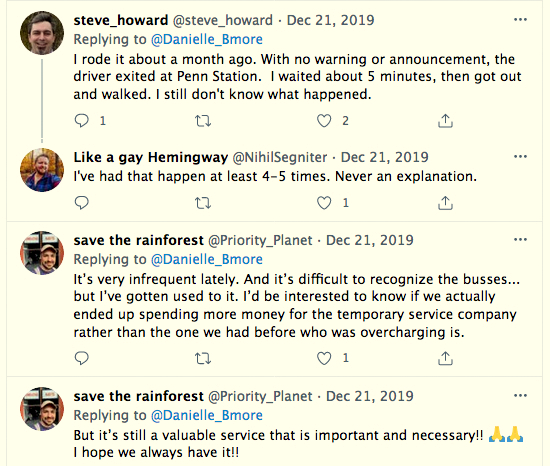 Some comments by riders of their Circulator experiences given to former Brew reporter Danielle Sweeney.