After a decade as an oasis in the South Baltimore food desert, Filbert Street Garden has added another feature along with its garden plots, fruit trees, beehives and menagerie of chickens, ducks and goats:

“We realized that food deserts and data deserts are really in the same locations, so it makes sense to use these community green spaces to tackle the same problem,” said Charles DeBarber, assistant manager at the garden, located on a hill in Curtis Bay.

Internet is hard to access in this working class area on the southern fringe of the city – the nearest free public WiFi is at the public library in Brooklyn, a 30-minute-or-so walk away.

“We’ve got kids trying to do homework on cellphones, people who have to piggyback off their neighbors’ Wi-Fi to do their jobs from home – it’s a really serious issue, especially during a pandemic,” DeBarber said.

Taking aim at the problem, a partnership with Project Waves, launching tomorrow, has turned the Filbert Street Garden and its immediate neighborhood into a public Wi-Fi zone.

With a grant of about $5,000 from its fiscal sponsor, the Digital Harbor Foundation, Project Waves installed a WiFi antenna at the garden and has been providing high-speed internet for the past two weeks. 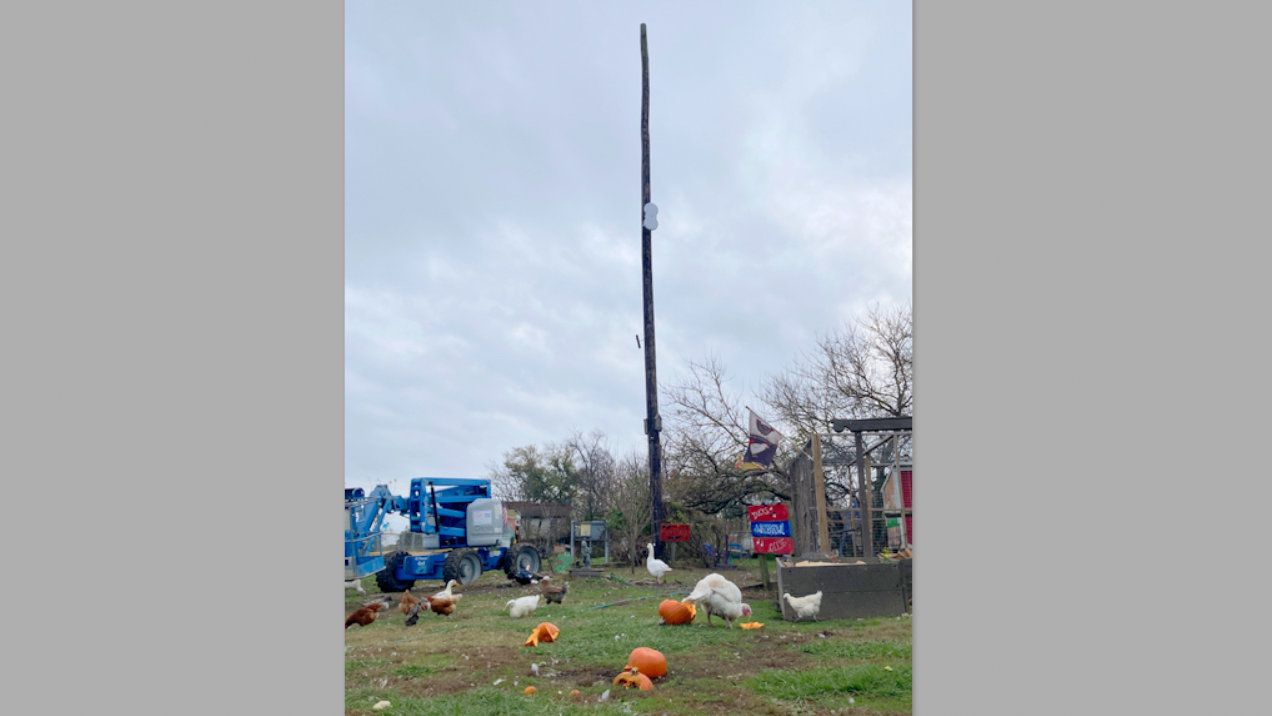 Founded in 2018 in response to the federal government’s repeal of net neutrality, Project Waves is a nonprofit that installs Wi-Fi access in neighborhoods across the city where the needs are critical.

According to the 2018 American Community Survey, 96,000 households in Baltimore (or 40.7%) did not have wireline internet service such as cable, fiber or digital subscriber line service.

For a group dedicated to bridging the digital divide through community-driven networks, the Filbert Street Garden was a natural fit, Project Waves founder and director Adam Bouhmad said.

A working garden, with plots for the community, Filbert Street also serves as a local gathering place, hosting the popular Baltimore Compost Collective and providing educational programs for all ages.

“Focusing on using public green spaces as a conduit for connectivity allows community members to recognize places like the Filbert Street Garden as a neighborhood resource they can use to learn and grow,” Bouhmad said.

With the antenna that Project Waves attached to an old utility pole at the garden at 1317 Filbert Street, the Wi-Fi signal extends about 100 yards in all directions, Samantha Musgrave, Project Waves’ head of operations, said.

People can come up the hill in their cars and get on to the Internet in order to send out emails, homework assignments and resumes.

Eventually, the garden hopes to broaden the network’s range with help from Project Waves, which recently received a $115,000 National Science Foundation grant to expand its community mesh networks in the city.

“The sign we’re hanging up on Saturday is just the beginning,” DeBarber said.