Baltimore’s Board of Municipal and Zoning Appeals will not hold another hearing on a proposal to build a Checkers fast food restaurant with a drive-through lane on Gwynns Falls Parkway, even though residents have expressed strong opposition to the project.

The zoning board voted 3 to 0 in a virtual meeting today to deny the request by community groups to hold another hearing, after the board voted to approve the drive-through in a meeting on January 26. The decision moves Checkers one step closer to beginning construction.

One opponent of the drive-through restaurant said after the meeting that residents plan to appeal the zoning board’s decision and want to meet with directors of the city’s planning and transportation departments.

“We will be going to Circuit Court,” said Mary Hughes, one of the residents who asked for another hearing, after the request was denied.

Board: No New Issues Raised

Voting to deny the motion to reconsider the vote were zoning board members James Fields, Frank Bonaventure and Avery Strahan, who also approved the project on January 26.

Board member Bill Cunningham, who abstained at the January 26 hearing, did not vote on the motion today.

Byrne said the letter writers raised issues regarding “the failure to insure compatibility between adjacent residential commercial districts” and said “certain online individuals were not able to voice their opinion” because of the virtual format for public hearings.

Byrne said the board can consider holding a new hearing if someone can provide “identifiable facts” that the board’s decision was “a product of any one of the following: fraud, mistake, irregularity, inadvertence, surprise, clerical or typographical errors or, upon a showing of good cause, the unavailability of evidence, the existence of newly discovered evidence or other pertinent evidence not available or not presented to the board in the initial hearing.”

In this instance, she said, there were no issues raised in the letters that hadn’t been brought up in the January hearing, and there was no indication that anyone who was unable to participate on January 26 had “additional information or evidence that was new for the board to consider.”

Even if there had been, she said, motions for reconsideration “are at the board’s discretion. Even if those issues are raised, the board doesn’t have to reconsider.”

Bonaventure said he remembered Byrne doing her best to let people speak during the January 26 hearing.

“Katy, if I recall correctly, you were pretty diligent in terms of trying to make sure that everybody who raised their hand in the chat room was heard,” he said.

“I think that was actually one of Livhu’s last” meetings, she told Bonaventure.

A restaurant at 2600 Gwynns Falls Parkway was already permitted before the January 26 hearing, but a drive-through lane needs separate approval from the zoning board.

Many community groups, including the Greater Mondawmin Coordinating Council, opposed the drive-through, as did 7th District Councilman James Torrence. 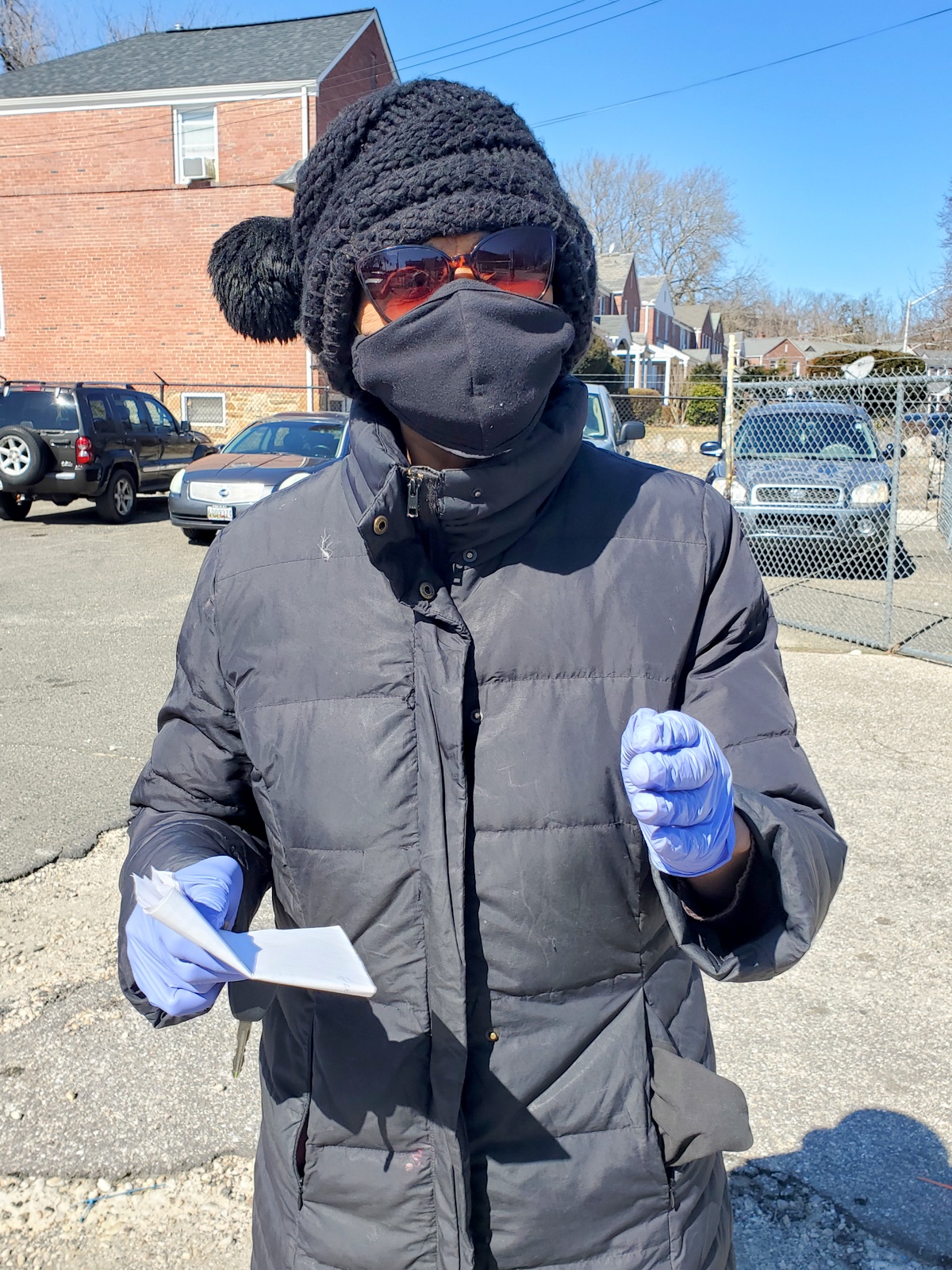 Mary Hughes, one of the residents who asked for another hearing on the Checkers project. (Ed Gunts)

Hughes, who lives on Braddish Avenue, contended that she and other letter writers did present new information for the zoning board to consider.

This included traffic data from the U.S. Department of Transportation, charges that some of the opponents were previously denied the right to testify and information about the possibility that gas tanks are buried under the property, she said.

Under state law, any underground gas tanks must be removed before a property can be used to sell food.

Hughes said she was troubled that Byrne summarized the contents of the letters seeking a new hearing rather than reading them in full to board members.

Bryne “told them that nothing was new,” Hughes said. “She said the letters were in their packet” and they “just took her word for ‘nothing new.’”

Cunningham asked if the January vote had any conditions attached. Byrne said the drive-through was approved on the condition that a traffic study is conducted by the transportation department and that the developer’s site plan is approved by the Site Plan Review Committee.

Byrne said the Site Plan Review Committee couldn’t hold a meeting to review the project unless the zoning board approved the drive-through. Today’s action means the project can move to that level of review.