The Board of Estimates will pay $158,298 to a former Department of Public Works manager who alleges in court documents that the $200 million upgrade of the city’s water meter system was beset by “fraud, gross waste and misuse of public funds.”

The cash award will settle a lawsuit filed by Shaaron Phillips, a DPW veteran who says she was fired as chief administrative officer last September for engaging in whistleblower activity that revealed bad hires, double billing, backdated documents and wasteful spending at the agency across many years.

Phillips asserted that she “reported and objected to fraud and misuse of public funds within DPW” during the 2016-18 launching of the BaltiMeter upgrade of legacy water meter equipment and later compiled a report on “reckless and incompetent” management at the Office of Engineering and Construction, which supervises hundreds of millions of dollars in consent-decree sewer and water contracts.

This included a salary increase that was intentionally never processed, she said, after she was promoted to chief administrative officer.

After Rudy Chow was forced to retire as DPW director in 2020, she said she was “reorganized” out of her job by acting director Matthew Garbark.

But listening to the discussion of the lawsuit before the Board of Estimates yesterday, an observer wouldn’t have a clue as to the explosive contents within.

Remarkably, a city lawyer and the director of human resources managed to obscure the lawsuit’s charges behind a bland discussion about why Phillips wasn’t given a 10% pay raise when she was promoted.

Comptroller Bill Henry said he believed a failure of communication was at the root of the lawsuit after hearing the city’s employment attorney, Gary Gilkey, frame the complaint as basically involving pay discrimination. “If the agency HR person had done their job and followed policy, the city wouldn’t have to pay out $100,000 plus,” Henry lamented.

Human Resources Director Quinton Herbert agreed that “a breakdown” had occurred between the HR office at DPW and central HR.

When pressed by Henry to say who was responsible at DPW, Herbert was at a loss. “I don’t know specifically which specific HR professional was in communication with this particular employee.”

City Council President Nick Mosby, meanwhile, said the board should view the settlement as a practical matter of cost. If the lawsuit went to trial, he said, legal fees alone would probably exceed the $158,000 price tag.

Signaling that he shared the same thinking, Mayor Brandon Scott called for a vote.

The board complied, and all five members, including newly appointed DPW director Jason Mitchell, approved the award.

Thus ends a lawsuit that, on file a block from City Hall on the 4th floor of Baltimore Circuit Court, makes the following allegations:

(The sister-in-law reference is to Morton’s long-running relationship with Douglas Ludwig, a former assistant state’s attorney. Yesterday, Ludwig’s $46,805 employment contract with the office of State’s Attorney Marilyn Mosby, Nick Mosby’s wife, was renewed by the Board of Estimates.)

• Jennifer Ludwig did not have a college degree or significant work experience when she was hired – she was a part-time employee at the Maryland Zoo, the lawsuit says – but “no other candidate was considered for the position that Morton directed Ludwig be placed into.”

• Improper backdating of Ludwig’s permanent employee status “resulted in her receiving an additional $104,000 for nearly two years on top of the $65,000 per year already paid under contract for performing the same work during the same time.”

• After the UMAX meter billing system was launched in 2016, Ludwig, who was filling a slot at the CitiStat office, returned to DPW and “dismantled processes, changed procedures and hired entry-level employees to run the sophisticated system.” (Ludwig’s many contacts at City Hall allowed her to easily trade jobs, the suit implies.)

• When Raftelis Financial Consultants identified UMAX billing errors that impacted thousands of Baltimore City and County residents, their report “was buried by Ludwig so that the gross waste and misuse of public funds caused by her mismanagement would not be discovered.”

Official pay records  indicate that Jennifer Ludwig doubled her salary between FY2012 and FY2020. (She worked for Baltimore County in 2018 and 2019). The Shaaron Phillips’ lawsuit alleges that she got paid as both a permanent employee and as an outside consultant. (Open Baltimore)

The lawsuit further alleges that Ludwig and Morton conspired to have DPW pay Atlanta-based Itineris $5 million a year to run the UMAX system and paid millions more to consultant EMA to do work that Ludwig “was paid to do but lacked the aptitude and ability to perform.”

During the same period, water rates for residents in Baltimore kept increasing by an average of 9% a year – increases that were approved by the Board of Estimates without any independent review of the rate hikes or their business rationale.

Ludwig left DPW in July 2018 and spent more than a year as a business process analyst at Baltimore County’s Department of Public Works.

She was then recruited back to the city, and made a $140,000-a-year utility program manager by Morton while Mayor Bernard C. “Jack” Young, sought to tamp down public outrage over the city’s much-publicized failure to bill the luxury Ritz Carlton condominiums for water usage.

In January 2020, then-DPW Chief of Staff Johnnie Hemphill tasked Phillips to investigate the contracting practices at the Office of Engineering and Construction (OEC).

“Her lengthy report disclosed that OEC had numerous deficiencies and failures as to how it developed, tracked and monitored contracts, how it utilized and paid consultant inspectors, and how it repackaged its problems and rebid them under new contracts,” according to the lawsuit.

Overall, these practices “cost ratepayers double and triple to do the same work,” Phillips charged. 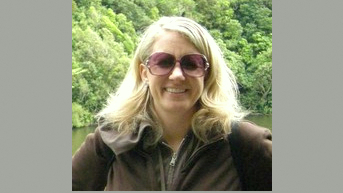 Reached yesterday, Phillips’ attorney, Stephen B. Lebau, said his client was pleased with the settlement and would make no further comment.

Ludwig and Morton could not be reached. Deputy Director Garbark did not respond to questions about the lawsuit.

As best as can be determined, Ludwig left DPW last October, while Morton retired from city service in December after Young’s term in office ended.

• Exclusive: Baltimore is not collecting millions of dollars from commercial water users (2/28/20)