The Scott administration has agreed to pay $119,839 in back overtime wages to eight current and former employees at the comptroller’s office as part of a settlement with the U.S. Department of Labor.

The payments will end a DOL investigation into violations of the U.S. Fair Labor Standards Act under Joan Pratt, whose 25-year tenure as Baltimore’s elected comptroller ended on December 8, 2020.

The DOL reviewed two years of E-time records and daily sign-in sheets, which showed that some employees worked more than 40 hours a week and were entitled, but did not receive, up to 1-1/2 times their regular pay.

At the time, Pratt denied that her office was committing wage theft, saying her employees were paid with compensatory time.

“It was no secret”

A former employee today expressed frustration that the investigation and settlement took so long.

“It was no secret what was going on in Joan’s office. It went on for years. Every elected official at City Hall knew we stayed late on Thursdays and came in on holidays – and no one did anything about it. There were multiple complaints to HR. Nothing was done until it was referred to DOL’s Baltimore field office.”

“Every elected official at City Hall knew we stayed late on Thursdays – and no one did anything about it.”

“The irony is,” the employee continued, “Ms. Pratt was never in the office while we worked those long hours. The only guaranteed time she was in the comptroller’s office was on Wednesdays when the BOE met.” (The comptroller serves as board secretary and one of five voting members.)

Pratt, who operates Joan M. Pratt, CPA, & Associates, could not be reached today. A message was left at her home phone number.

After six terms in office, Pratt was defeated in the 2020 Democratic primary by then-Councilman Bill Henry.

Today Henry announced the settlement, saying it “appropriately compensates our current and former staff for their work.”

The Department of Labor agreed not to sue the city if it voluntarily agreed to pay the employees back overtime and to comply with federal wage laws going forward.

Henry made that pledge today, saying “We took a hard look at the office culture we inherited and have committed to the collaborative teamwork with each of our departments that will ensure workplace values of dignity and respect.” 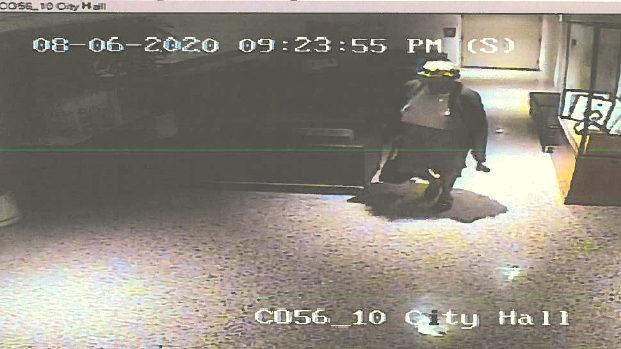 Harriette Taylor leaves the comptroller’s office, a few steps from Joan Pratt’s quarters, at 9:23 p.m. on August 6, 2020, after an evening of shredding. (OIG Report)

By all accounts, the person who enforced the mandatory uncompensated hours was Deputy Comptroller Bernice H. (Harriette) Taylor.

A close confidante of Pratt, who once served as Pratt’s boss while both of them worked at Baltimore Legal Aid, Taylor retired in April 2020 days after The Brew disclosed the DOL investigation.

In August 2020, Taylor re-entered City Hall through the guard’s station and stayed late into the night shredding documents at her former office.

Returning to City Hall the next day, Taylor was asked to leave the building amid concerns by city lawyers that she might have destroyed material sought by the DOL.

No further action was taken on the bizarre incident by city officials.