Declaring himself a fresh alternative to two-term incumbent Marilyn Mosby, Thiru Vignarajah today announced his entry into the race for Baltimore state’s attorney, saying a new approach is needed to reduce crime in a violence-plagued city.

“For the past seven years, people don’t feel safe,” Vignarajah said, after formally filing to run in the July 19 Democratic primary.

“Out with the old, in with . . . Thiru!” the former city, state and federal prosecutor declared on the campaign website he unveiled.

But in some ways, the tableau that Vignarajah presented today outside the downtown elections board was anything but new.

There, standing beside him holding a THIRU sign, was Rochelle “Rikki” Spector, who represented northwest Baltimore on the City Council for four decades.

Once again, Vignarajah will enter the state’s attorney race as a potential spoiler, possibly pitting the same cast of characters against each other as the last go around.

Like in 2018, Vignarajah will be running against defense attorney Ivan Bates, the other declared Democratic candidate, and – if she decides to enter the race despite a pending federal indictment – the city’s popular sitting state’s attorney.

The result four years ago was that Mosby clinched re-election with about 49% of the vote, while the two men split the remainder. Bates came away with 28% of the vote and Vignarajah with 22.5%.

What, a reporter pressed, is different this time from 2018?

“We’re gonna win,” he said after a pause. “A lot has changed in four years.” 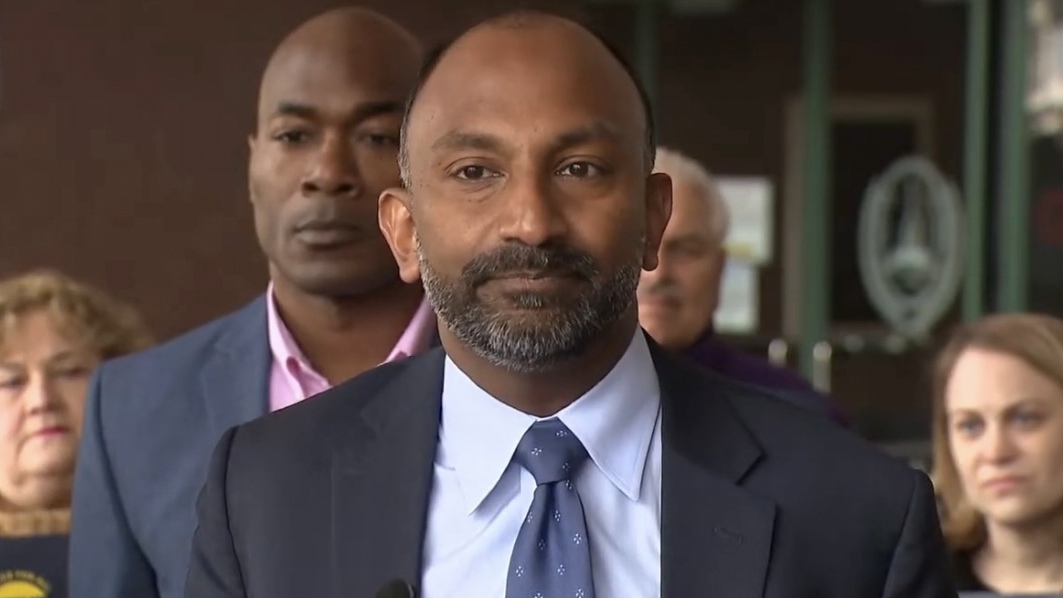 Outside the Baltimore Elections Board, Thiru Vignarajah announces his second run for state’s attorney. (YouTube)

“Prosecute to the fullest”

Vignarajah made his case by citing the daily bloodshed in Baltimore that he said has grown worse during Mosby’s time in office.

He also pointed to the federal charges facing Mosby – perjury and filing false statements on mortgage documents – that may render her “constitutionally ineligible” to serve.

(The April 15 deadline for candidates to file will come ahead of Mosby’s scheduled May 2 trial date. Mosby has not said whether she plans to run, though she had held fundraisers and recently revived her temporarily dark campaign website.)

In addition to Spector, family members of crime victims were part of Vignarajah’s announcement today.

Liza Holley, whose son Daurell Hudson was fatally stabbed in East Baltimore in 2021, said she supports Vignarajah because “he will prosecute to the fullest.”

“These people cannot keep getting out on deals or overcrowding of the prison system,” Holley said.

Asked about Mosby’s policy to no longer prosecute people for possessing drugs, prostitution and other non-violent offenses and instead support connecting people with social services or treatment, Vignarajah made it clear he would roll it back if elected.

“Of course a prosecutor has to use discretion in any given case, but to announce a blanket policy that certain offenses are no longer criminal, I don’t think that’s right.” 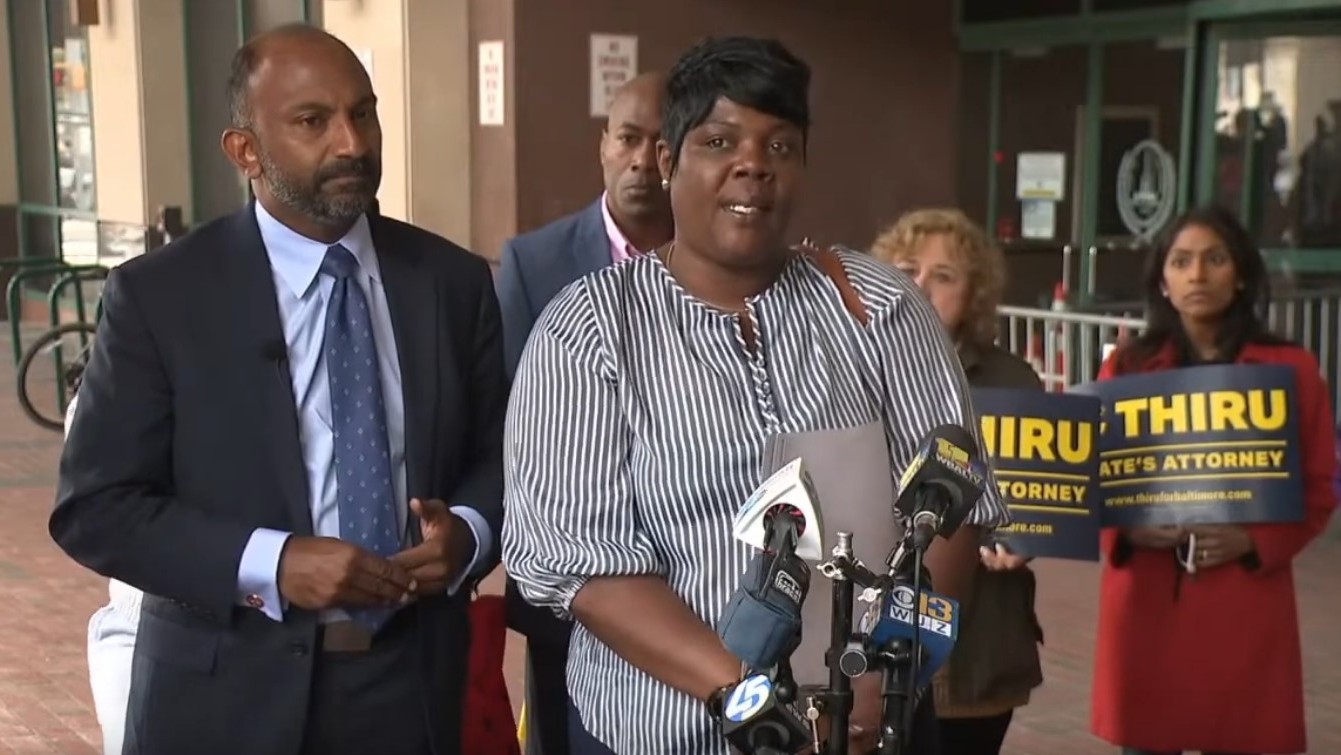 Few of his political positions will come as a surprise to news consumers in Baltimore.

Vignarajah has assiduously kept himself in the public eye with frequent appearances on talk radio programs and Fox 45 spots and by championing a number of causes.

He sided with Fells Point residents up in arms about crime, West Baltimore activists angry about the destruction of bandleader Cab Calloway’s childhood home, and club owners upset about Annapolis lawmakers’ crackdown on crime on The Block.

He also called for a convicted arsonist’s sentence to be reconsidered. A judge last month threw out the plea deal that had been negotiated for Luther Moody Trent.

At one point, Vignarajah borrowed a phrase from the incumbent he is challenging: “We’re built for this.”

Other headlines, meanwhile, dog Vignarajah, who ran unsuccessfully for mayor in 2020.

These include videos recording him in a hotel room with a woman encouraging him to disclose information related to his work at the Maryland Attorney General’s office, and a 2019 police stop in which he asked the officer to turn off his body-worn camera.

In his appearance before the media today, Vignarajah tried out some soundbites on themes city voters have heard before.

Referencing the motto on city benches, Vignarajah said, “We have to face facts: Baltimore is not the greatest city in America anymore. But it can be again.”

At another point, he borrowed a phrase from the incumbent he is challenging:

Asked to comment on today’s announcement, the reply from the Bates’ camp seemed to point a finger at Vignarajah’s unsuccessful run for mayor and wider political ambitions.

“I first announced my candidacy for Baltimore City State’s Attorney in 2017 and I have never wavered from that intention,” Bates said, in an emailed statement.

“I will not be easily distracted by the continuous search for the next opportunity or perennial candidacy”  – Ivan Bates.

“Crime in our city is out of control, and Baltimore needs a leader who is dedicated to the mission of the state’s attorney’s office.”

“I have demonstrated that I will not be easily distracted by the continuous search for the next opportunity or perennial candidacy,” he continued. “I am laser-focused on building a safer Baltimore for my family and yours.”

Marilyn Mosby, meanwhile, did not return a request for comment.