It took more than a week, but CharmTV has finally released the video of the April 26 City Council meeting where a nonprofit CEO – brought in by City Council President Nick Mosby to support his Dollar House legislation – caused an uproar.

At the “committee of the whole” meeting called by Mosby to rally support for his stalled legislation, he ushered in Bruce Marks, founder of Boston-based Neighborhood Assistance Corp. of America.

Marks can be seen in the video (entering at about 42 minutes in) leading a group of cheering, chanting people – many from outside the city and some out of state – up the center aisle of the Council chambers.

“I want to make sure there’s not a riot outside,” Marks says at one point, repeatedly demanding that the body take heed to his words because he had “700 people” with him. (In reality, there were perhaps about 150 people there.)

Marks goes on to declare that Mayor Brandon Scott, who opposes the Mosby legislation, was “bought and paid for by developers.”

Councilwoman Odette Ramos begins questioning him (at about 48 minutes in) and he makes a similar allegation to her.

Marks’ attack on Ramos came after she began questioning him (at about 56 minutes in) about her discovery of Better Business Bureau and other complaints about NACA’s business practices.

After viewing another video of an earlier press conference/pep rally held by Mosby and Marks, The Brew wrote this account of the run-up to the turbulent meeting:

Six Council members, including Ramos, later wrote an op-ed criticizing Mosby for his handling of the matter. 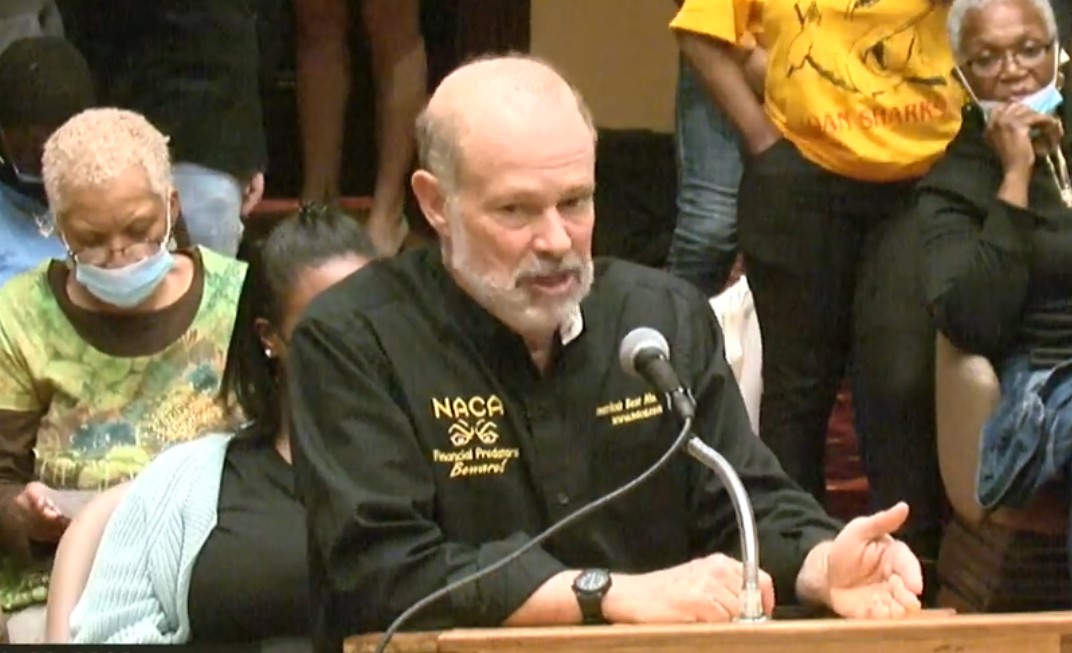 “I was trying to educate you!” Bruce Marks, of NACA, says to Councilwoman Odette Ramos at one point. (CharmTV)