After saying that initial estimates by Baltimore’s election chief were incorrect – and that only 150 city voters, not “a couple of thousand,” were assigned to the wrong district – state officials have now revised their numbers upward.

Approximately 750 mail-in ballots were sent out incorrectly in the city, according to State Board of Elections Deputy Administrator Nikki Charlson.

That 750 figure does not include city voters who were assigned to an incorrect district, but did not receive one of the incorrect ballots.

Approximately 15,000 Maryland voters, representing about 5,000 households, have now been identified as having been assigned to the wrong district, state election officials say.

Charlson was unable to say how many of those were voters in Baltimore.

“We don’t have a breakdown of affected voters by jurisdiction,” she told The Brew.

When The Brew inquired about the extent of the problem last month, Armstead B.C. Jones Sr., director of the city elections board, had answered, “It’s not a lot. A couple of thousand voters, I think, is all.”

Asked about the scope of the problem today, Jones said, “I’m not really sure. The documents are still coming in.”

Officials have attributed the errors to statewide legislative redistricting that took place this year, changing some district boundaries. Legal challenges delayed the process of finalizing the boundaries.

With the June 19 primary just two weeks away – and early voting starting on Thursday – officials are now saying they have corrected all inaccuracies, stressing that they represent a fraction of the total nearly 400,000 voters in the city.

“Once the incorrect districts were identified,” Charlson said, “the local board began contacting these voters, notifying them of their correct district and polling place information, and sending the correct ballots for those voters who requested a mail-in ballot, and correct sample ballots for all other affected voters.”

“All of the discrepancies we identified have been resolved,” she asserted. 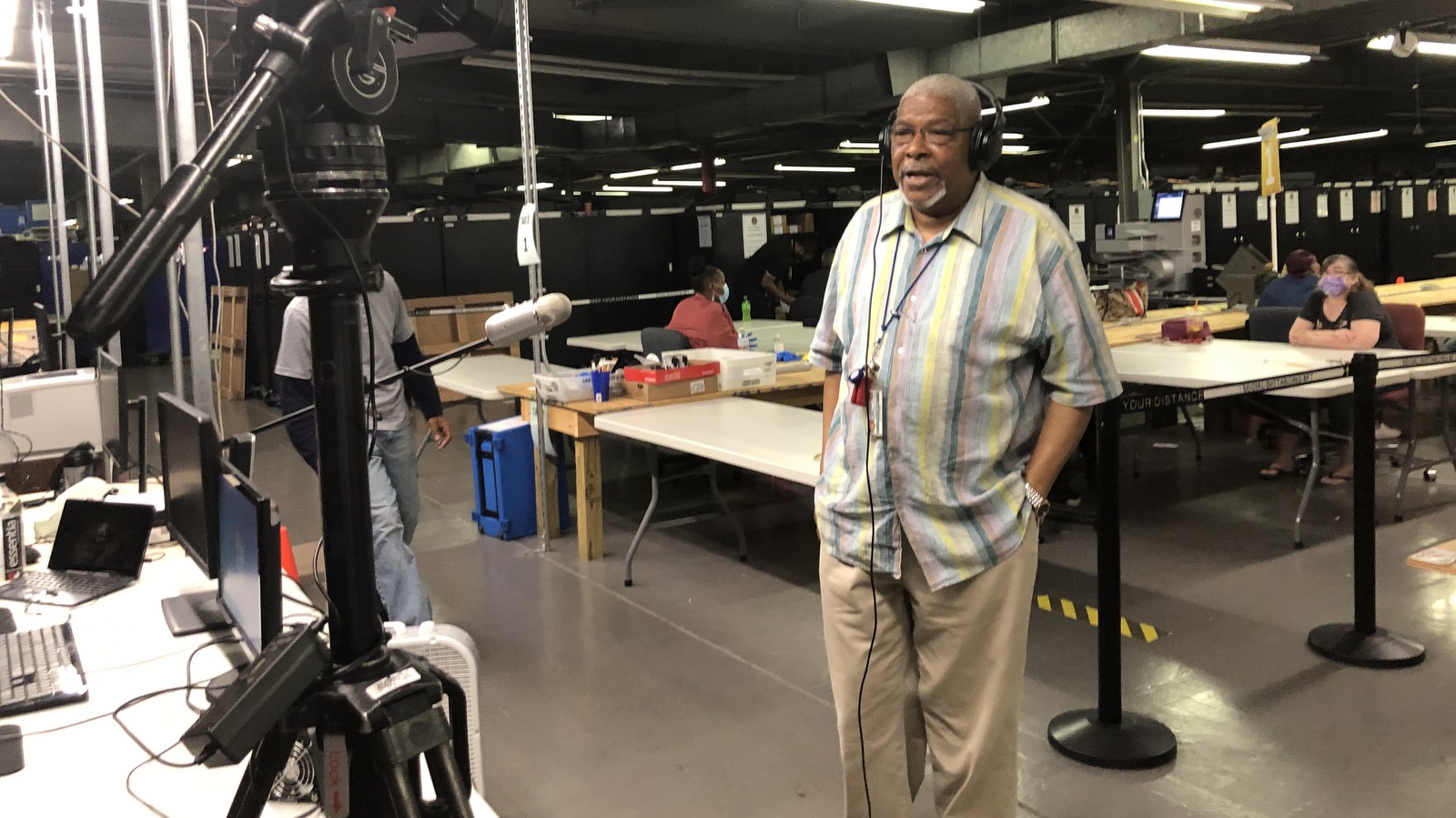 But not every issue has been resolved. At least one voter who received the wrong mail-in ballot still has not been sent the correct one.

“I reported this three weeks ago. They told me I’d be sent a new ballot, but I have gotten nothing,” said Joan Jacobson.

Jacobson, who lives in District 43A in northeast Baltimore, asked for an absentee ballot and was mistakenly sent one for neighboring District 45.

Her experience – described by The Brew and reported to the city Election Board –  was one of multiple complaints that sparked the review which state officials have said was comprehensive.

Jones was not surprised to hear about the delay Jacobson is now reporting.

“They have to be addressed and go out in the mail,” he said, noting that the new ballots are being sent directly to voters from the printer, which could be the cause of the delay.

“It could also be the [fault of the] post office,” he added,

District 43A and District45 are not the only places in the city where voters were assigned to the wrong district.

Charlson disclosed that about 600 voters in the city’s District 40 were affected by the same kind of errors.

Sample ballots are not used to vote and contain information on voting locations and a list of candidates who will appear on voters’ actual mail-in or Election Day ballots. 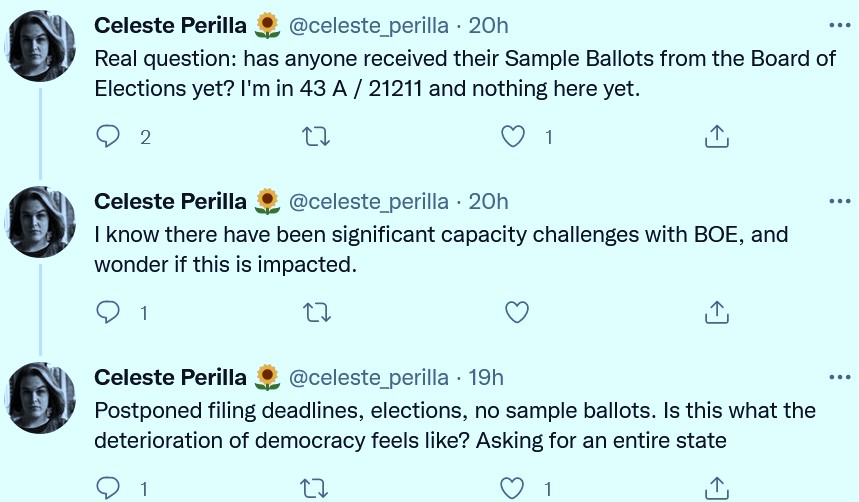 A District 43A voter wondering where her Baltimore city sample ballot for the July 19, 2022 primary is. (@celeste_perilla)

Asked about reports that some Baltimore residents have not received their sample ballots, Jones also expressed little surprise.

“Sample ballots are being sent out as the printer finishes them,” he explained.

Reminded that early voting begins in two days (July 7) and voters may be getting anxious, he cited supply chain issues.

“All jurisdictions are having problems because of the shortage of paper. That’s why some haven’t gone out in the mail yet,” Jones said, adding, “I haven’t got mine yet.”