Joanne Thomas came away from her polling place in Waverly yesterday happy to explain why she was grinning.

“I just voted for Maryland’s first Black governor!” she said, tapping the “I Voted” sticker on her shirt with pride.

With nearly all of the state’s precincts reporting this morning, Moore captured 59.6% of the vote, burying Donald Trump-backed Cox and flipping Maryland from eight years of Republican rule under Larry Hogan.

In other statewide races, Democrats built up large margins of victory.

Ready as voters were for (relatively) fresh faces at the top of state government, they signaled weariness with incumbents at Baltimore City Hall.

Despite opposition from editorial writers and many mainstream Democrats, Question K – the hotly debated and heavily funded measure to restrict Baltimore officeholders to two terms – passed by a wide margin. (Returns showed 72%-27% with nearly all precincts reporting.)

Many city officeholders stayed quiet about the measure, which does not directly impact them since it won’t go into effect in 2024 when candidates would be limited to two future terms.

All other questions on the ballot were approved by voters.

They included Question E, which prohibits the sale or transfer of the city’s underground conduit system to a private entity; Question I, making way for a more independent Inspector General Advisory Board, and Question J, which moves the accounts payable office from the finance department to the comptroller’s office. 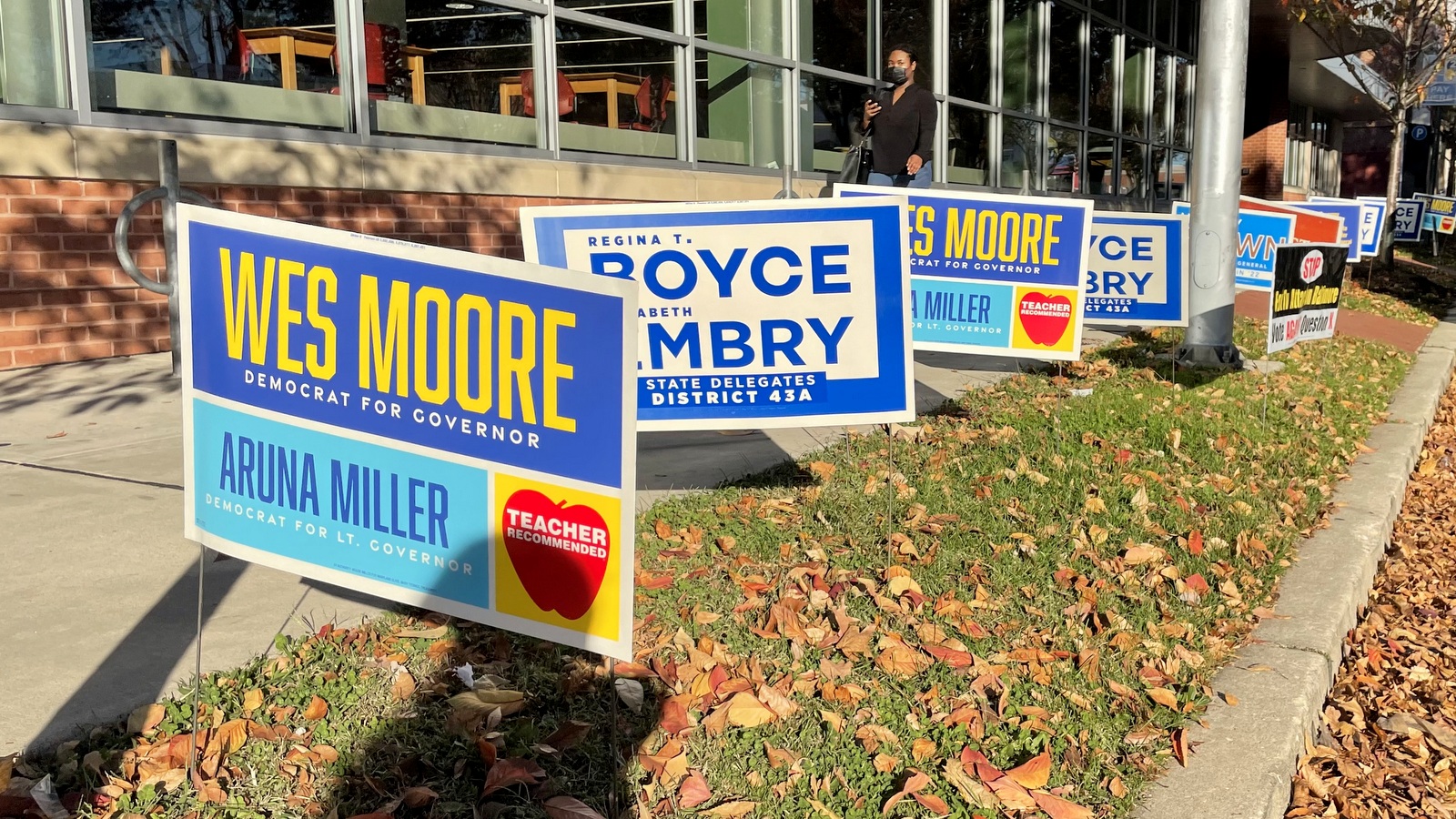 This election may not have held many surprises – Moore was heavily favored to beat Cox – but it did yield a number of other “firsts.”

The former Montgomery County state delegate, who was born in India, will be the first immigrant to hold a statewide post in the modern era and the first woman of color to serve as lieutenant governor.

Veteran incumbent Democrats in House seats – C.A. Dutch Ruppersberger in the 2nd District, John Sarbanes in the 3rd District, Glenn Ivey in the 4th District, House Majority Leader Steny Hoyer in the 5th District, Kweisi Mfume in the 7th District, and Jamie Raskin in the 8th District – swept away their Republican challengers.

Two Republicans emerged amid the roasting.

11/11 UPDATE: Thanks to mail-in ballots, Trone is now projected by AP as the winner of the 6th District race, putting 7 of 8 Congressional seats in Democratic hands.

And in the 1st District, which includes the Eastern Shore and Cecil County, Republican incumbent Andy Harris trounced Democrat Heather Mizuer by a 60%-37% margin.

Some newcomers will be representing Baltimore City in the 2023 General Assembly.

There were four other key city races yesterday – for state’s attorney, sheriff, register of wills and clerk of the circuit court. The Democrats all ran unopposed.