With a forecast of mild weather and sunny skies, Election Day in Maryland is here.

Voters will go to the polls today to pick new state and local leaders from a ballot led by the race to choose a successor to Republican Gov. Larry Hogan.

If Moore is elected, it would be a historic moment for Maryland, giving the state its first African American governor.

In Baltimore, the biggest general election drama has been around a ballot measure, Question K, which would place term limits on city officeholders.

Funded to the tune of more than half a million dollars by the ownership of conservative Hunt Valley-based Sinclair Broadcast Group (whose flagship station is WBFF-TV Fox 45), Question K is a city charter amendment.

The proposal to limit the mayor, Council members, Council president and comptroller to two consecutive terms in office has opponents as well, who have argued the proposal is undemocratic and a ploy designed to serve special interests.

Both sides have been arguing their case with mailers, op-eds, rallies, social media posts and signs on lawns and highway medians. 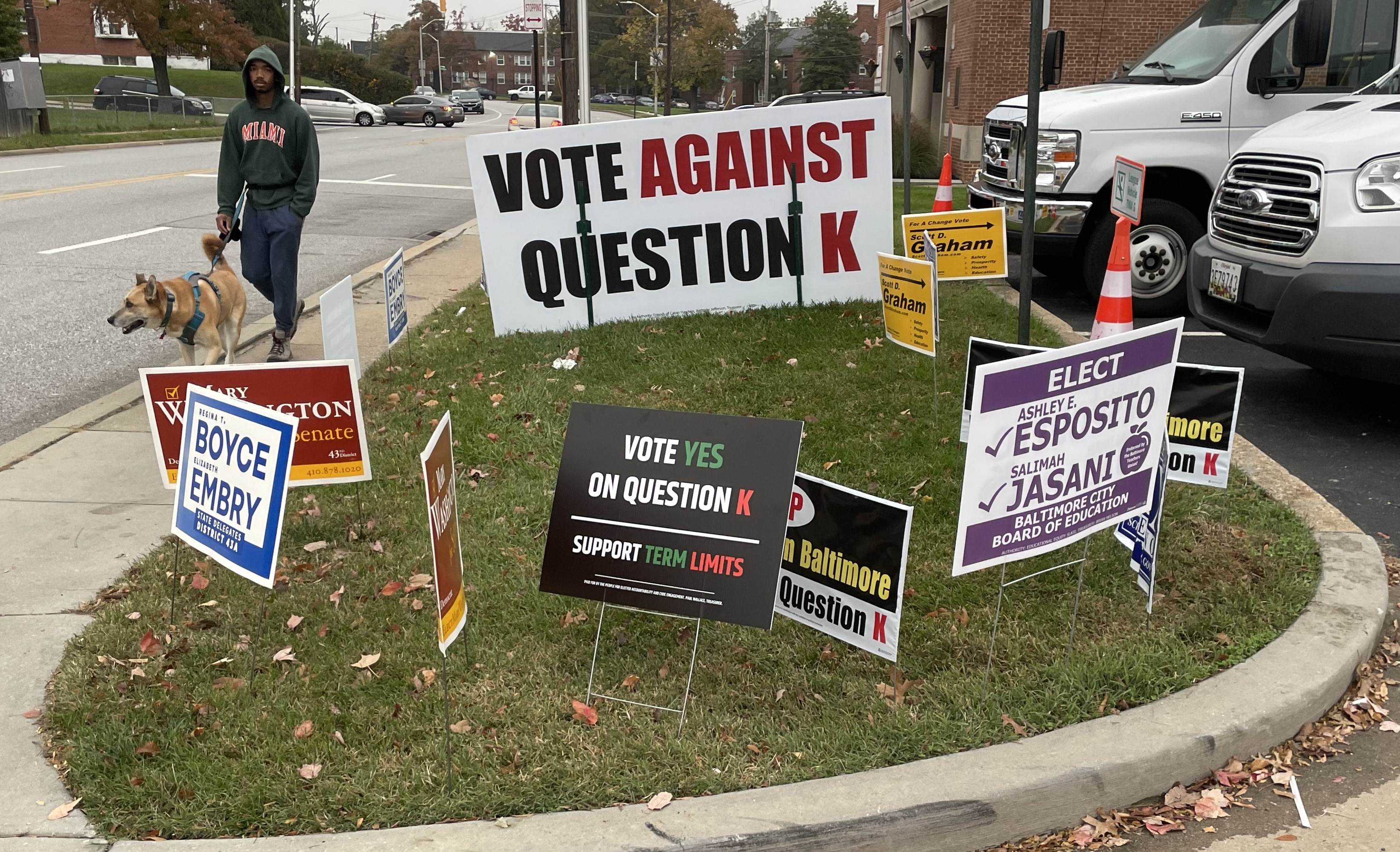 As for the local races, as is typical for ultra-blue Baltimore, Democrats are running unopposed for several  seats.

These include state’s attorney, sheriff and register of wills, where the sole choices are, respectively, Ivan Bates, Sam Cogen and Belinda Conaway, and the clerk of the Circuit Court, where the nominee is Conaway’s son, Xavier Conaway.

In a new non-partisan race, voters will get to pick two at-large Board of Education members from four candidates.

In addition to Question K, the other questions before city voters cover cannabis possession, ownership of the city’s underground conduits, composition of the board overseeing the Inspector General, and bond bills to finance new school construction and for building upgrades, affordable housing, blight elimination, libraries, cultural programs and other needs.

The polls are open today from 7 a.m. until 8 p.m. Voters can cast their ballot in person (polling place look-up tool) or with mail-in ballots.

Mail-in ballots must be postmarked or placed in a designated ballot drop box by 8 p.m. today.